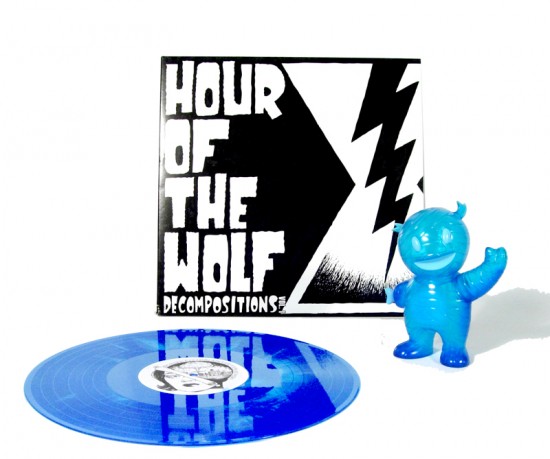 Two crossovers between the recording industry and the toy industry have been in the news lately. First up: San Francisco vinyl toy company, Super7, collaborated with Arizona hardcore band, Hour of the Wolf:

Worlds Collide!  Super7 is teaming up with Arizona hardcore band Hour of the Wolf for a double vinyl release!  Mummy Boy joins HOTW LP “Decompositions Vol. 1” for a blue vinyl double header.  Available Friday, February 4th from Super7 and Hour of the Wolf. 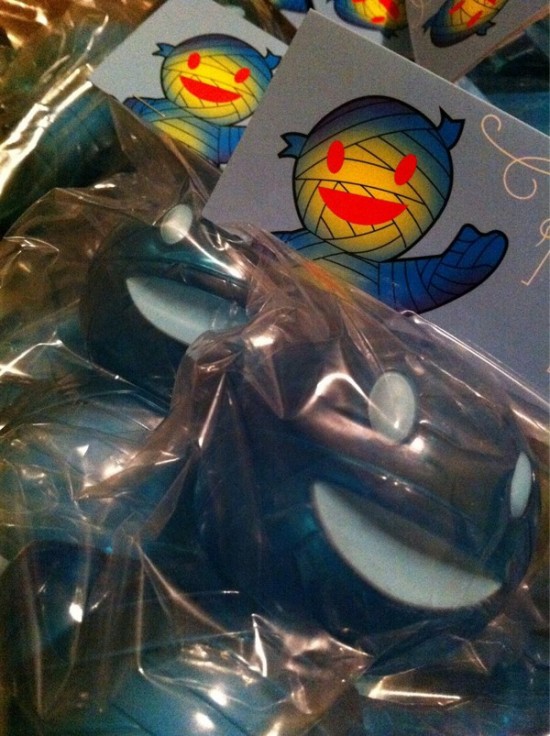 The double blue vinyl release begins tonight at 7PM Arizona time, and remember: AZ is so hardcore, they ignore daylight’s savings time, so it’s really anybody’s guess what time it is down there. Study up and point your browser at: http://hourofthewolf.bigcartel.com when the time is right. A Mummy Boy alone usually costs $50. The entire Hour of the Wolf package, including Mummy Boy, vinyl record, stickers and buttons is a $60 deal. 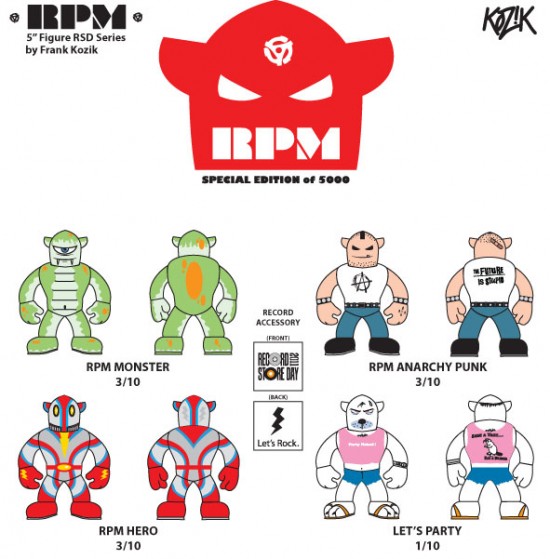 This is the one day that all of the independently owned record stores come together with artists to celebrate the art of music. Special vinyl and CD releases and various promotional products are made exclusively for the day and hundreds of artists in the United States and in various countries across the globe make special appearances and performances.

I first became aware of independent creative thought and art through the efforts of MY local record stores, many years ago. I firmly believe that nothing can replace the walk into a place where you can lay hands on to new stuff and energy. I am very pleased to be able to support Record Store Day.

Frank designed a 5-inch figure called RPM to be sold during the event. There are four versions of RPM, The Anarchy Punk (1,500 pieces), The Super Hero (1,500 pieces), The Monster (1,500 pieces) and The Let’ s Party Bear (500 pieces), which will be sold blind-boxed for $15.99 each on the third Saturday of April at participating Record Store Day stores.

I like this concept more than I like this toy. While most critics complain about the familiarity of Kozik’s designs, that aspect doesn’t bother me. These toys aren’t for people who collect AnarQees; they’re for folks who shop at record and comic book stores. I’m fine with the price, too. Sixteen bucks for a five-inch toy is fair game; most people pay $9.95 for a 3-inch blind box these days. My problem is that the form and figure itself just seem a little generic and disposable. It looks more like the kind of tchotchka you’d pick up at a trade fair than a collectible promotion for an otherwise really cool event. Maybe my feelings will change because the intent is clearly good, and I plan to support Record Store Day.