Patient No.6 needs your help. I came across Patient No.6, a resin figure by Ukranian artist, Alexander, a year ago, and I was immediately drawn to the crudeness and plight of the character. Patient No.6 is a victim of societal oppression toward “creative and unpredictable people”. He has been living in a psychiatric hospital where they give him medicine to try to “kill his talents”. A writer from outside the toy art realm might call Patient No.6 “outsider art”. I called it “psychiatric art”. (Frank Kozik called it “really cool and interesting on every level”.)

The first painted version of Patient No.6 was a grey/black/green color scheme. I transferred money to Kiev right away, and a few weeks later, Patient No. 6 showed up. The figure came in a detailed, hand-made diorama of his hospital cell. There’s cloth on the bed, graffiti on the wall and a ramshackle light dangling from the ceiling. It has a raw and broken down feeling to it. By this I mean, the art and the story are perfectly in sync. Patient No.6 evokes emotion. It makes me stare at it and think. 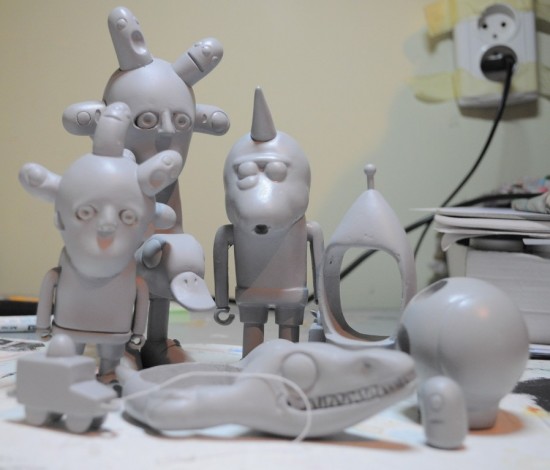 Every time Michele Bachmann opens her mouth, I want to leave the country. But then I think about life in other countries. Here in San Francisco, you can be batshit crazy and enjoy a fairly decent life. It’s easy to forget that there are places in the world where you can still be involuntarily medicated, institutionalized or jailed just for being different. 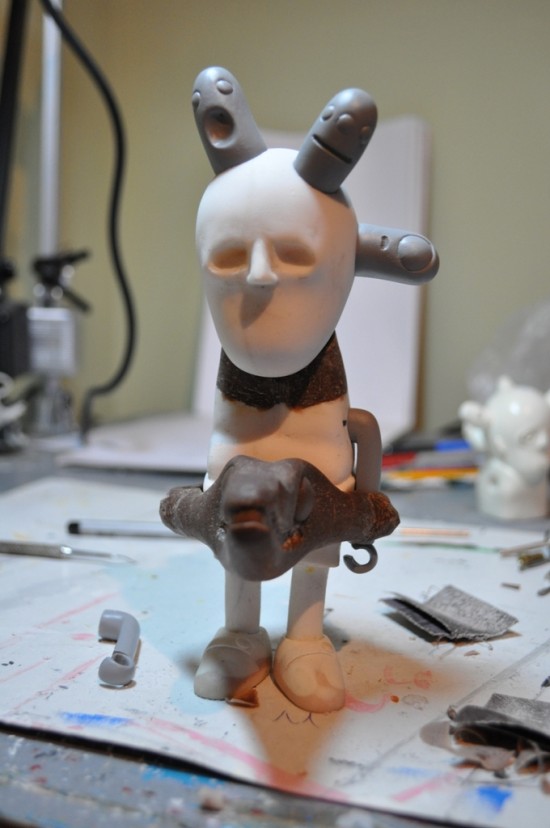 I don’t know a lot of the specifics behind Alexander’s story. We have corresponded a bit, but the language barrier makes it difficult. He mentioned how the colors of Patient No. 6’s clothing matched a psychiatric hospital he used to visit often, but I know not whether he was the patient or a visitor.

Alexander also does acrylic-on-canvas paintings of Patient No.6.  He is in the process of raising money to keep producing Patient No.6, and he needs only $1,000-$1,500 USD to complete the project. He is reaching out to see if someone might want to help him by running a Kickstarter (The site does not allow projects started by people from The Ukraine), and says he will repay the effort with toys and/or in any way he can. He writes “any sum will help us quickly complete the project”. 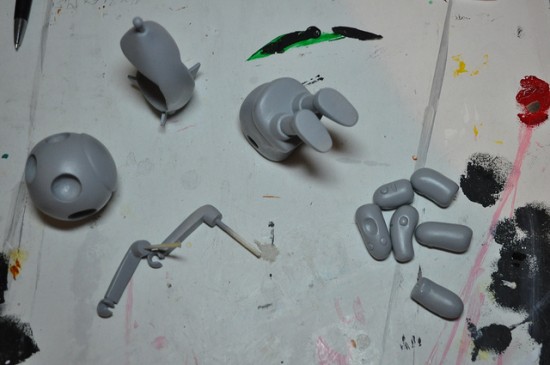 Alexander has made prototypes for 5 versions of Patient No. 6. They are up for pre-order at $56-$96 each (relative to size) here. He recently added a sixth “secret toy” version free to people who pre-order four Patient No.6 figures. This is something really different from what I see every day in toyland, and it also comes from a country outside the geographic areas I typically write about. If you can help with Kickstarter or have questions about his work, write to him at info[at] patient6 [dot] com.