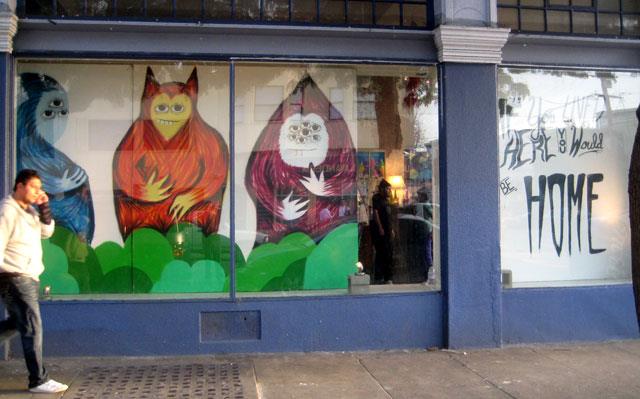 On Friday night, We Kill You! brought Rubbish to the Mission’s Million Fishes Arts Collective. The show was the result of a month-long bender of toy molding mania and found object re-purposing. We caught up with WKY!, also known as Mr. Ghost and Justin, as he put the finishing touches on his installation.  WKY! debuted his first embedded object figure, as well as a brand new many-eyed mini called Migoi. Each character has a story, and Justin is currently experimenting with comics as a potential way to expand the WKY! universe.

A nice combination of local toy collectors and music fans made the scene, which featured resin art eye candy and the musical stylings of The Never Never. The evening’s events were broadcast live via ustream. I did a mini-interview with Justin. 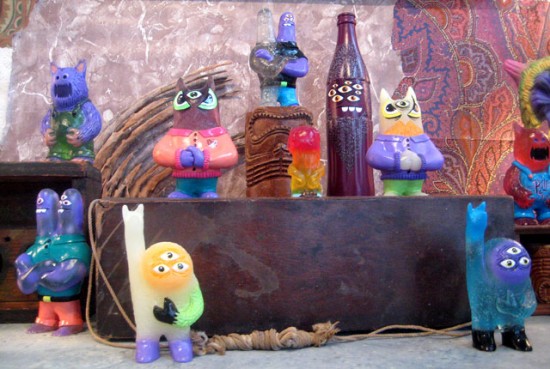 JB: How did the show at Million Fishes Gallery come about?
WKY: About a month and a half ago, I had just gotten back a road trip to Texas with The Never Never as they recorded their EP. I was staying at some of the band member’s house and started to do some paintings on some objects I had found. I was gonna be in LA for a couple months so I thought why not try and get a show together? I put a post out on Twitter and Mikie [of Blamo Toys], a long time collector of my toys, hit me up saying he had a space that I may be able to use. About a month ago, I got the official go and started to work my ass off.

JB: You made the art and toys in just over a month and you installed the show in 2.5 days? WTF?
WKY: Actually, I made 90% of the art over the past month, and the toys in the last week because I had to have my molds shipped here from Toronto. Lets just say that I have not had much sleep in the past month and did nothing but WKY stuff. There was even a night where I went out with some friends and was sculpting at a bar!

JB: What role does recycling play in your art?
WKY: Huge, huge role. I try to use as many found objects in my work as possible. I think it gives the work more character when your canvas itself could be the focus of the art. 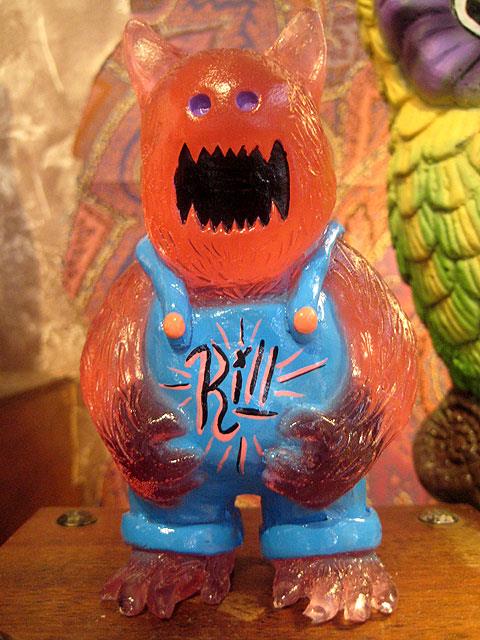 JB: Define rubbish.
WKY: Rubbish is a great word I enjoy saying! Its all the stuff I see at the end of a driveway that is still usable. Its the piles and piles of “Junk” at a junkyard that makes for a great canvas.

JB: What’s your best rebuttal to the people who say the toys we (in your case) make and (in my case) hoard are toxic (resin, vinyl, plastic)?
WKY: People actually say this? It’s something people worry about? Oh fuck. Who cares! There is so much more toxic shit out there then these toys. As far as I know, no one has died for making or collecting toys.

JB:What are some of the crossovers between the street art and toy art scenes?
They both end in the word art? 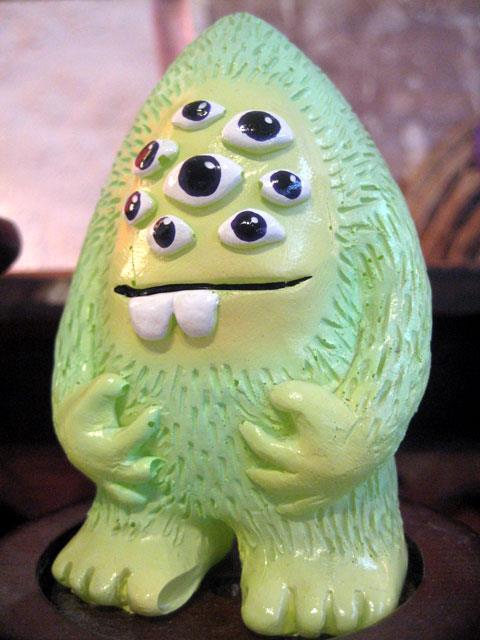 JB: Your moniker is a play on the phrase, “you’re killing me.” Tell us something funny.
WKY: Ha oh no, you crazy?! That’s the Bat’s job. He’s the funny one, not me! I’m just a boring old ghost with a decrepit house.

JB: What’s next for We Kill You?
WKY: I’ve been working on many new ideas from candy to comics… I don’t want to give things away yet.

JB: Any advice for worldwide resin toy artists to help them get shows in San Francisco?
WKY: It’s going to take some time. You can’t just make your first toy and expect that people will be up in the air about it and just give you a show. Try and get your work into custom shows and hope that the work you create and love is loved by others. Sure you can know a lot of people and network like crazy but if your work doesn’t speak volumes, you wont get a show. I didn’t get this show because I am great at networking; I got my show because the guy curating the gallery has been collecting my work for years and knew there was something different about it and wanted to help get it to the eyes of more people.