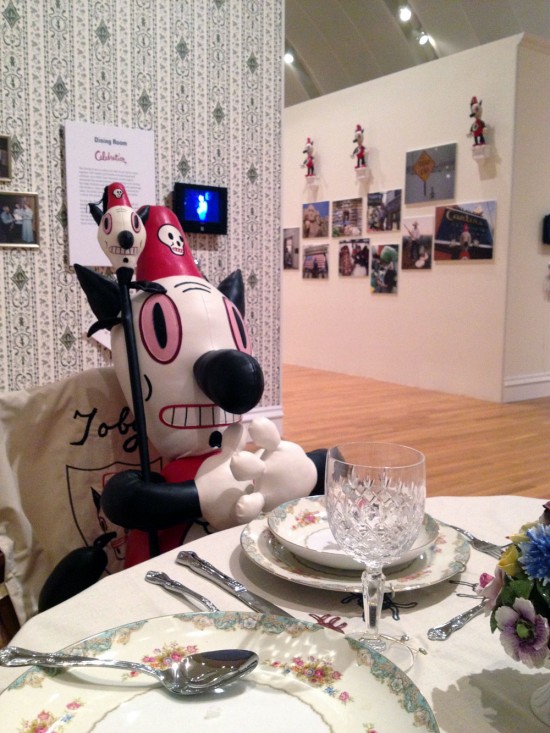 I’ve been meaning to post these pictures from Gary Baseman‘s epic art installation at The Skirball in Los Angeles. Within the walls of the Jewish Cultural Center is, as the New York Times, puts it “a lesson on how to connect the eye to heart and mind,” and specific to Baseman’s exhibit, a love letter to the artist’s childhood and an invitation to everyone else: The Door is Always Open. 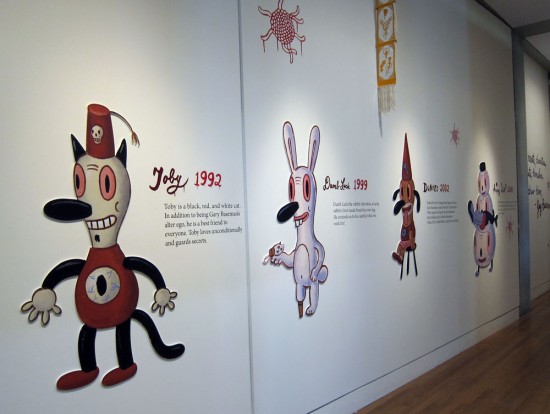 The show starts with a trip down (recent) memory lane. Meet the inhabitants of Baseman’s head (and world), from Toby to Buckingham Warrior (and beyond)! Walking along, I was reminded that toy art began with strong characters and interesting stories. These days, the medium seems to be the focus of the movement, with story taking a backseat to sofubi. 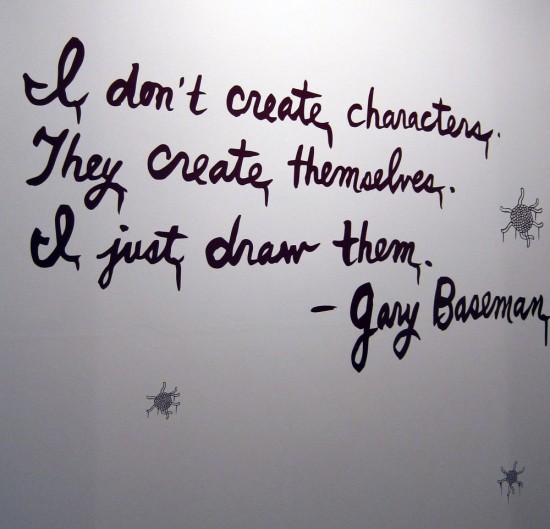 Perhaps, per Baseman’s message (above), the lack of storytelling in today’s toy art can be blamed on a reclusive canon of compelling characters? Doubtful, and either way, it’s not a problem for Baseman. He’s been building worlds for the characters who reveal themselves to him for decades, and with the opening of The Door is Always Open, we’re invited in.

Every Christmas, another artist slaps a Santa hat on a vinyl character and it’s all “deck the walls” with designer toys. The Jews typically sit out this goyish gaudiness (ok, there’s this and that), but when we do it up, WE DO IT UP.

One glance at my panoramic iPhone photos from The Door is Always Open, and you’ll agree: Gary Baseman doesn’t skimp on details. He installed his home inside The Skirball–and from trophies to table settings, it’s all there. 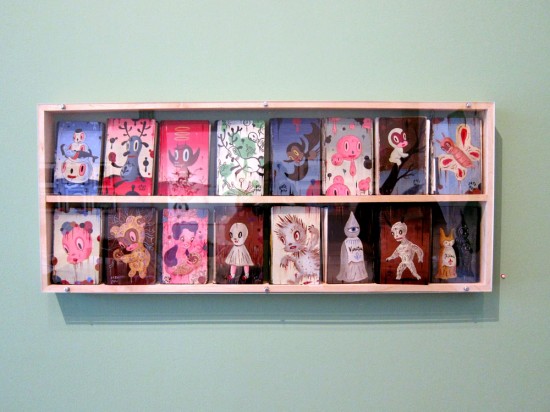 I loved seeing Baseman’s early work and sketch books. I felt like I was viewing a friend’s art collection inside his comfortable home. The master of ceremonies may have been in absentia, but there was a standing invitation to sit down and pick his brain by paging through (replica) sketchbooks. I wish I’d had more time! 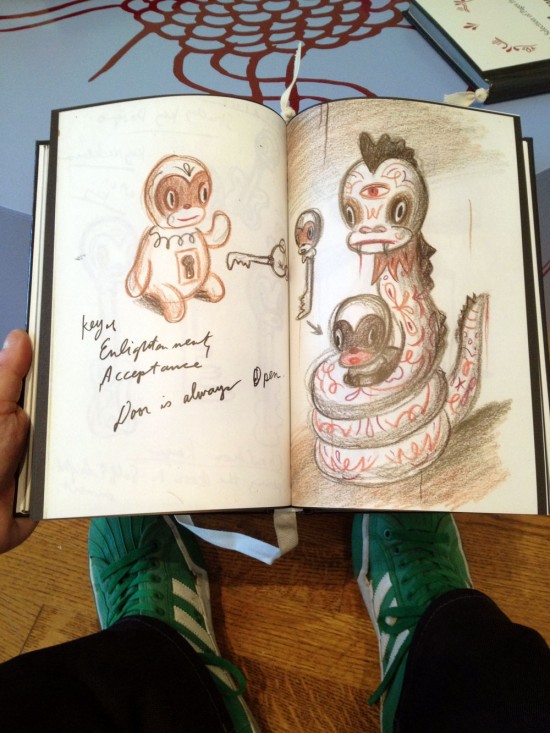 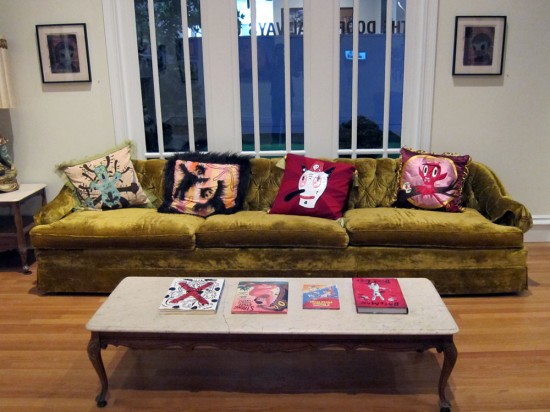 What you’re looking at is but a mere fraction of the photos my camera took and the images my eyeballs absorbed. I encourage you to make a trip to LA to see and interact with the show yourself. It was truly a feast for the imagination. The Door is Always Open runs through August 18th. Get more info here, and pick up toys, shirts, magnets, books, wallpaper and more at the Skirball shop online. 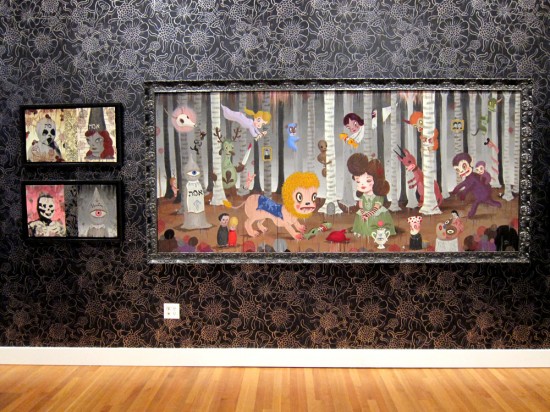 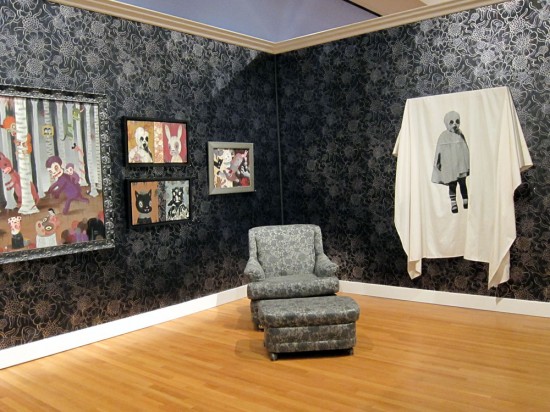 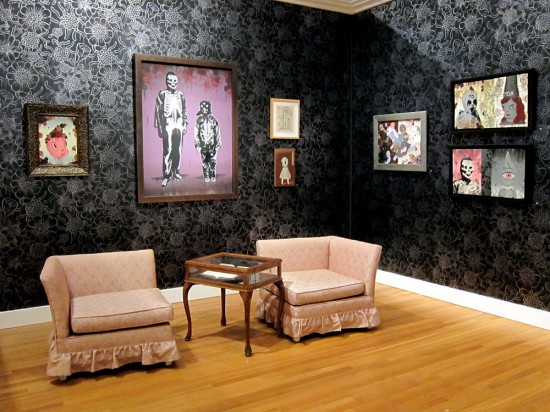 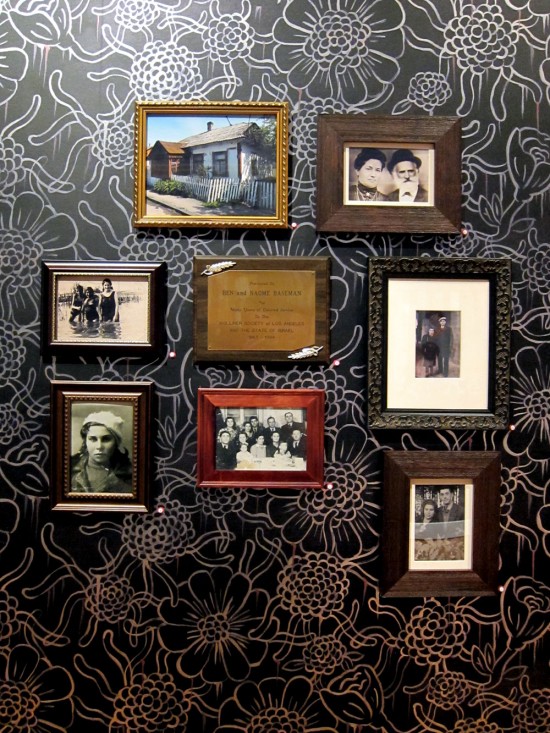 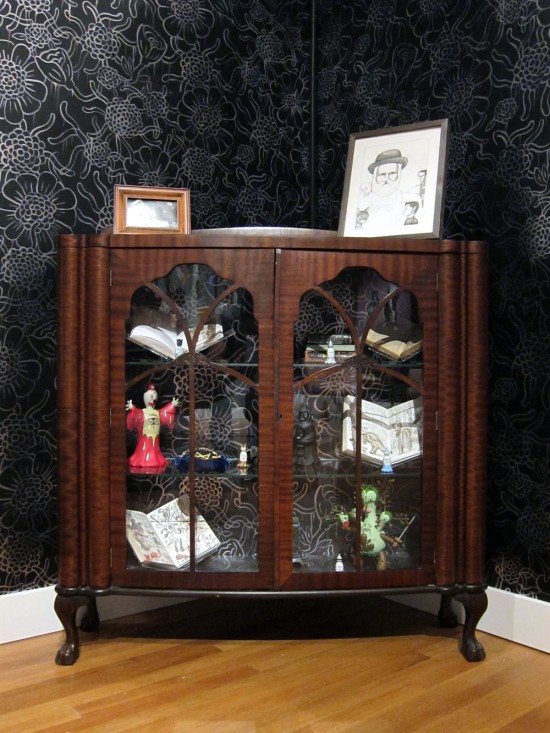 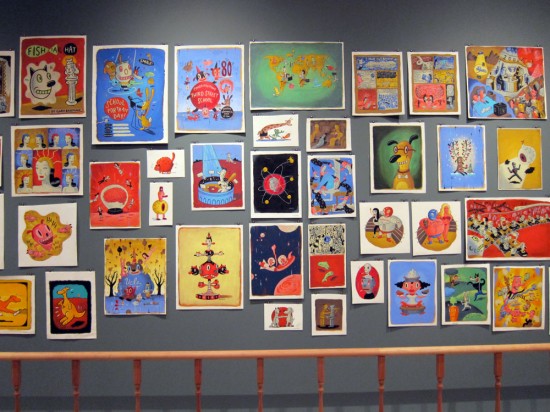 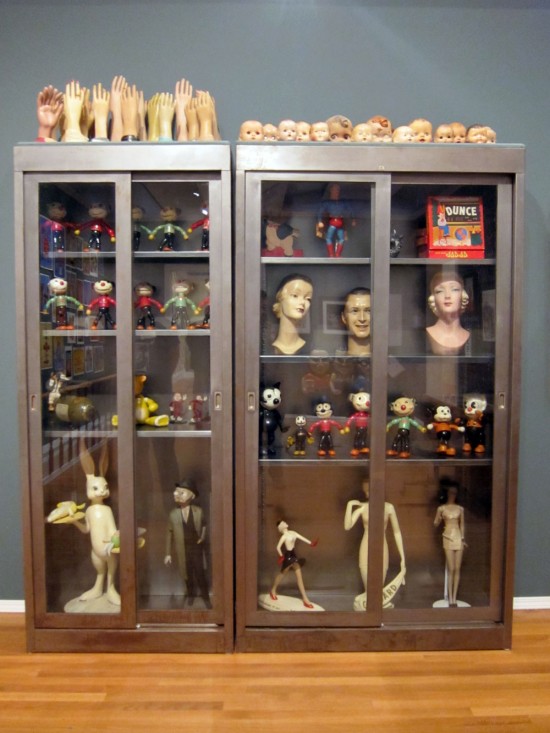 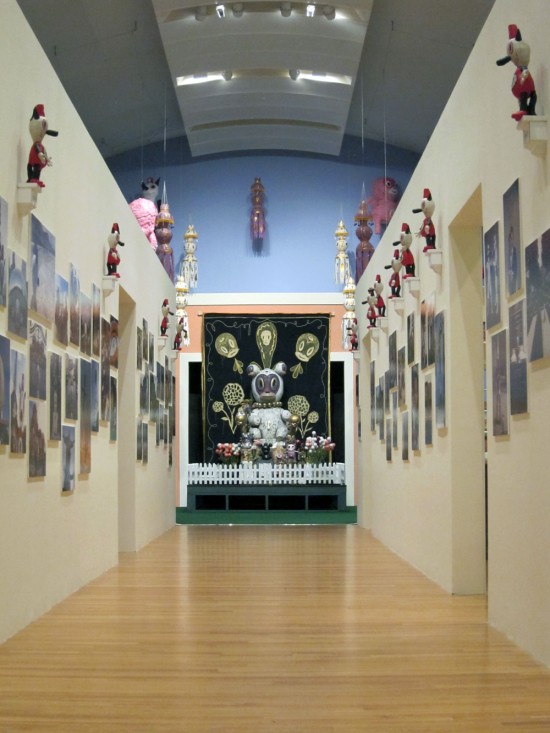 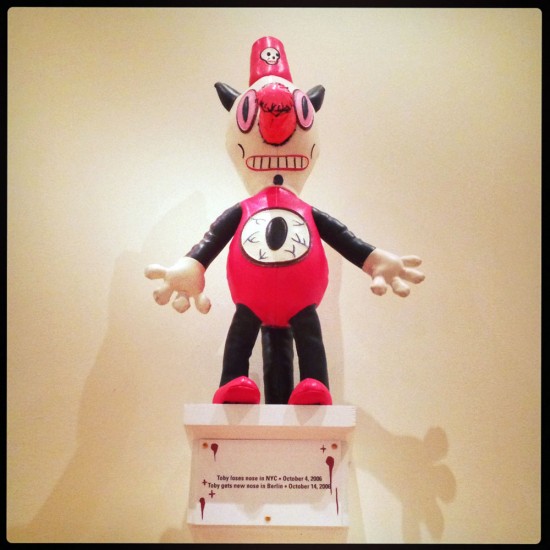 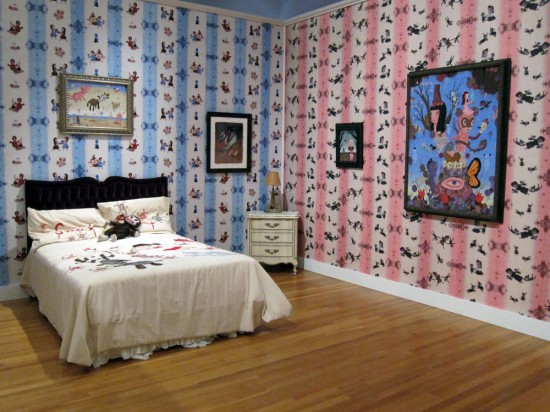 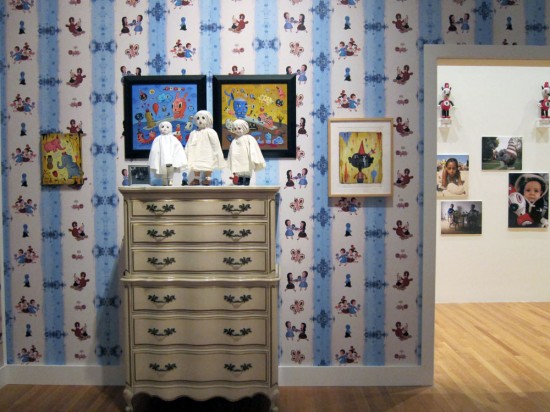 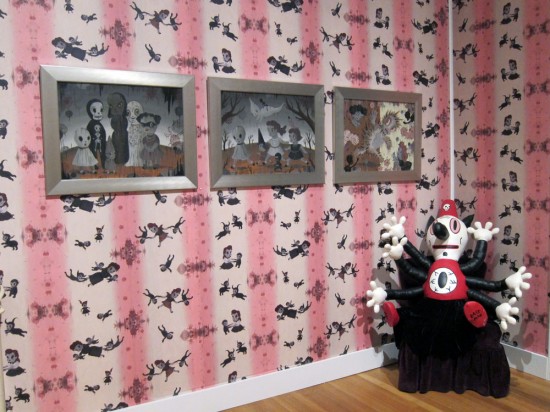 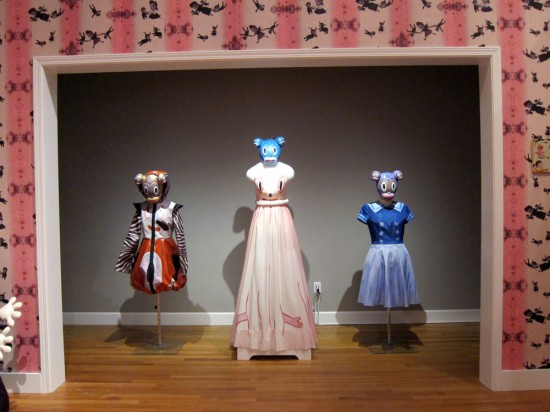 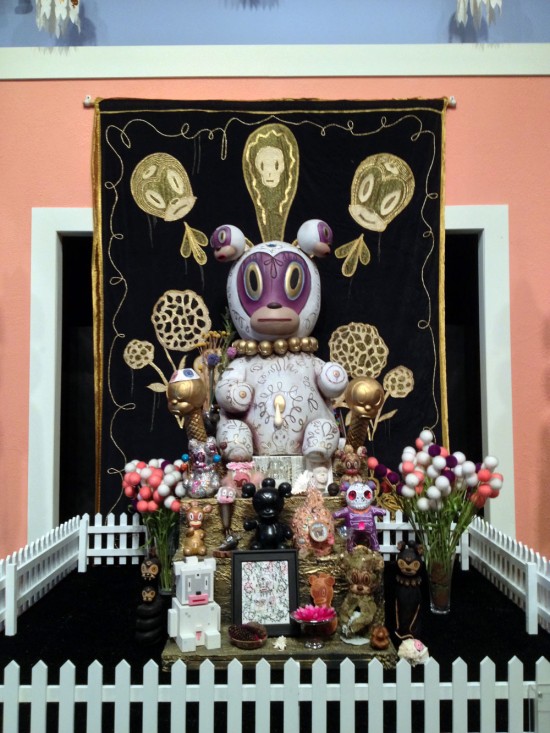 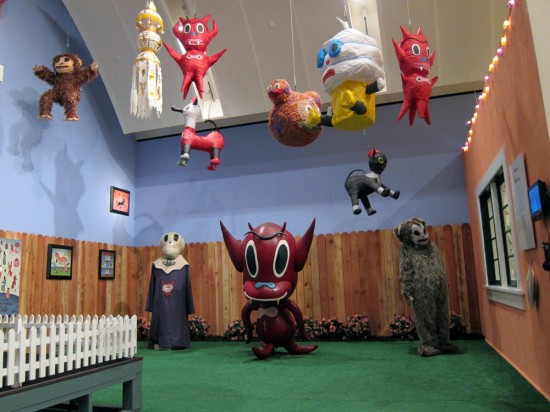 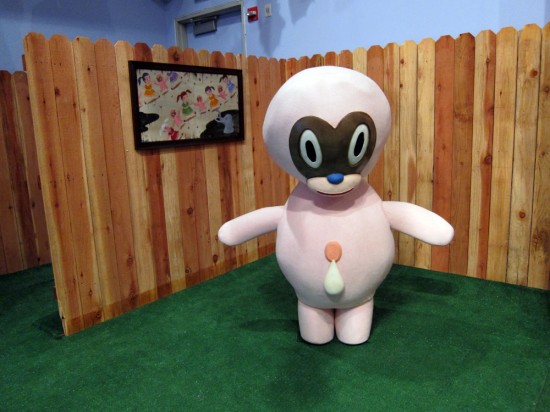 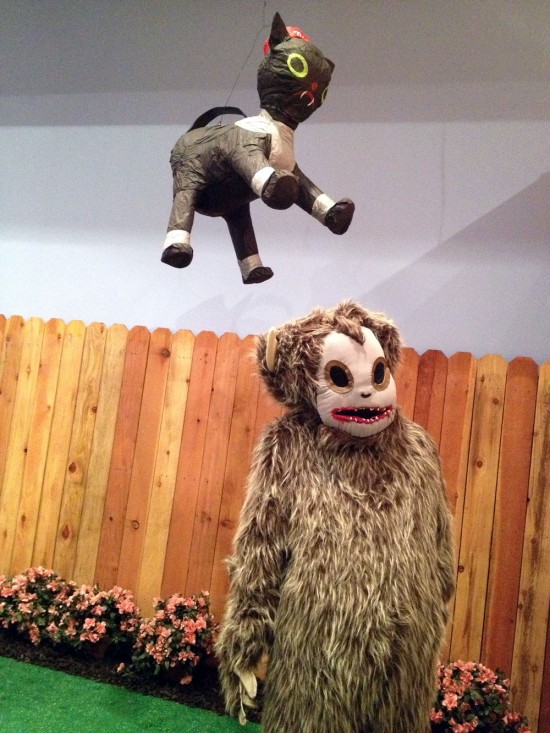