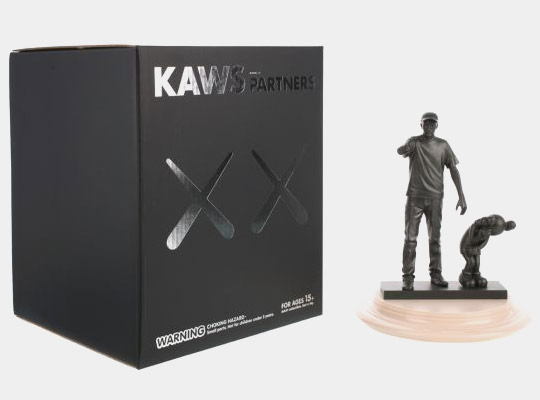 So, in spite of its critique, the KAWS Partners Statue (which is, by the way, made of plastic) has sold out in less than an hour at $180 each. Yeah, I’d turn my back too… 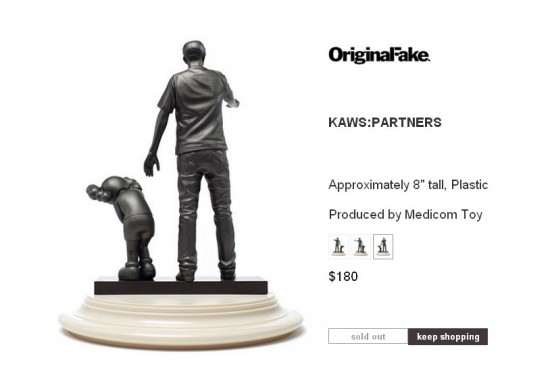 I’d like to go now to some commentary from @chauskoskis as left on my recent story on licensing and laziness in designer toyland:

Wish art toys be more like music or movies… No matter how famous you are, if you put out a low quality product, either a record, a movie. The people won’t go to the teathers or won’t buy the album… And the artist should return a year later with something much better in most of the cases… In toys, fans just want to have everything no matter even if they don’t like it either. I heard some toy fans, “Hmmm I don’t really like it but I will buy it anyways” and they pay 200, 300 for a toy. Weird… We are weird.

And here is another great visual by @crazylikeafox11. Maybe we’re supposed to see this as KAWS conflicted? The artist is reaching out to grab the possibilities the ‘high art’ world is chucking at him, but his creation, the Companion, representing ‘the street’, is mortified? In this conceptual case, the fact that the “statue” sold out would just complete the story arc of the art piece. 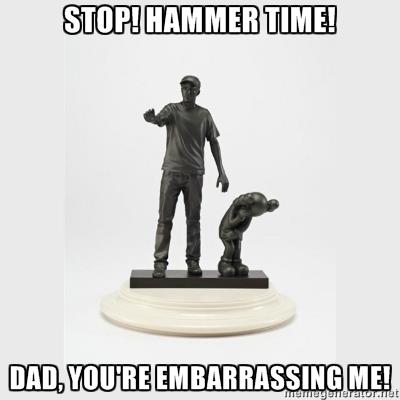 But I’m not convinced. Since Warm Regards, KAWS has consistently been releasing products that laugh at his fame and his fans. Like another celebrity whose name begins with the letter K and recently had an “originalfake” wedding of her own, I see the tide turning on him in 2012. People like being part of a joke; not the butt of a joke. Morrissey sang it best 27 years ago: “That Joke Isn’t Funny Anymore“.