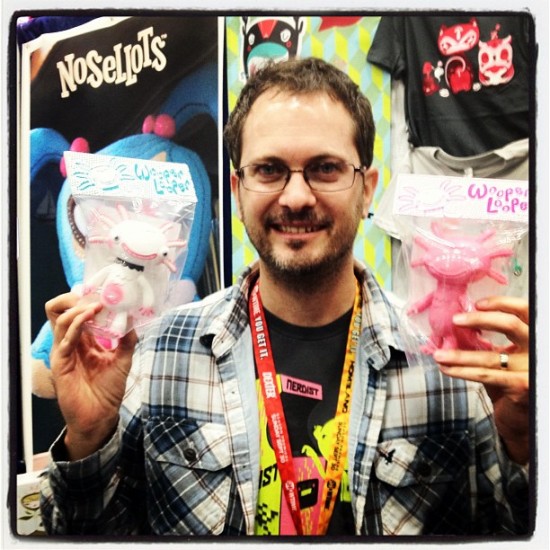 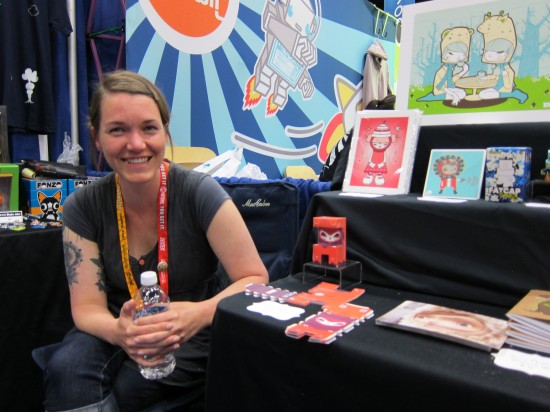 West showcased prints, vinyl toys, paper toys and books. If you weren’t able to make it to Comic-Con, check out her wares online here. 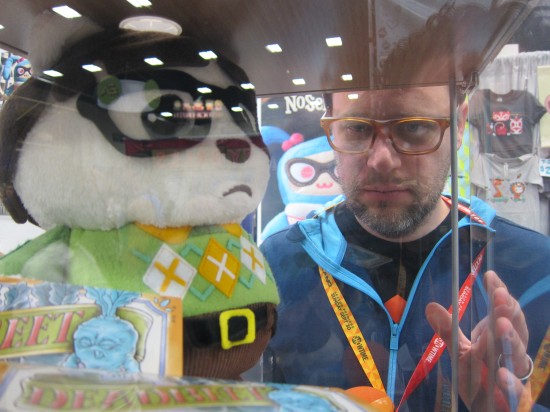 My Really Arty Photo of Scott Tolleson at Comic-Con 2012

Tolleson showed off a plush prototype of his upcoming collaboration with Luke Chueh. His section of the stall had great diversity, including an angsty anthropomorphic sofubi beet, 3-way Chipster customs and Uncle Argh Qees. 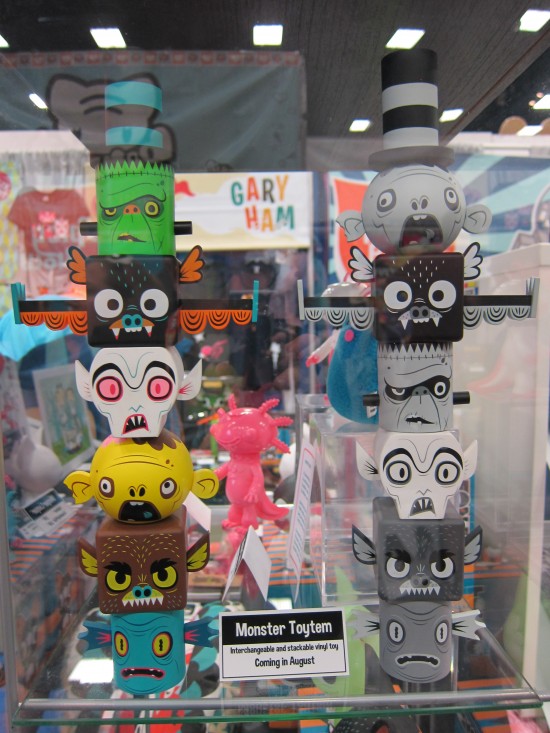 Click through for more photos of what the trio had for sale and what they have to come. 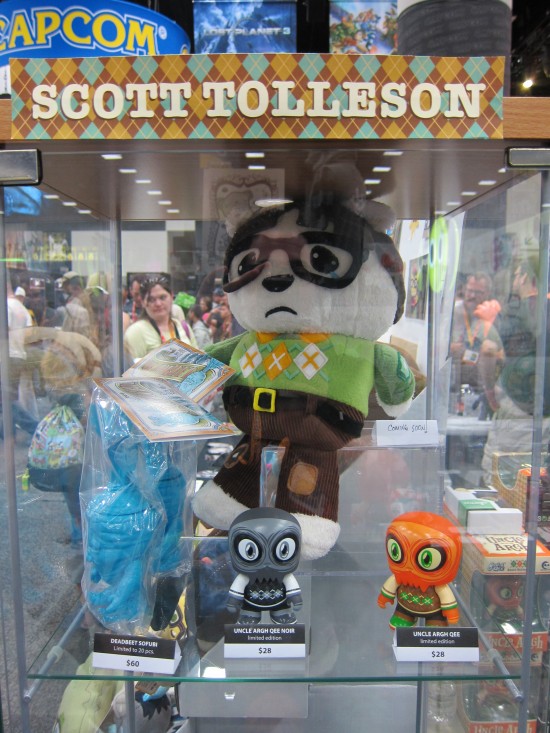 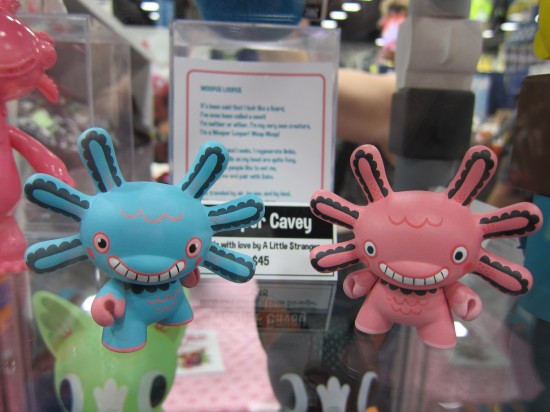 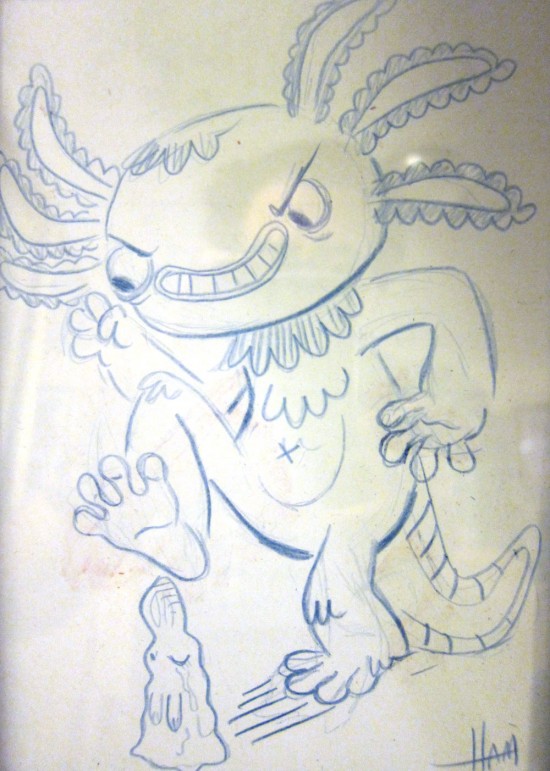 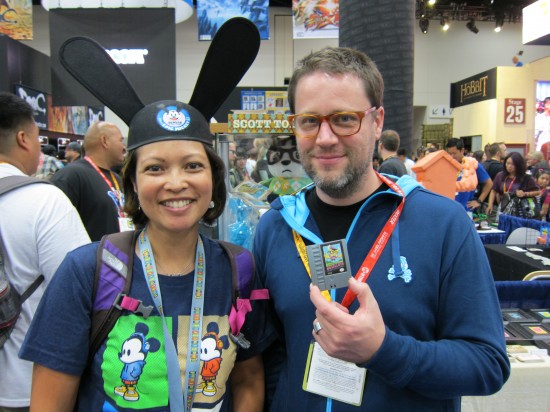 Scott Tolleson and fan at Comic-Con 2012 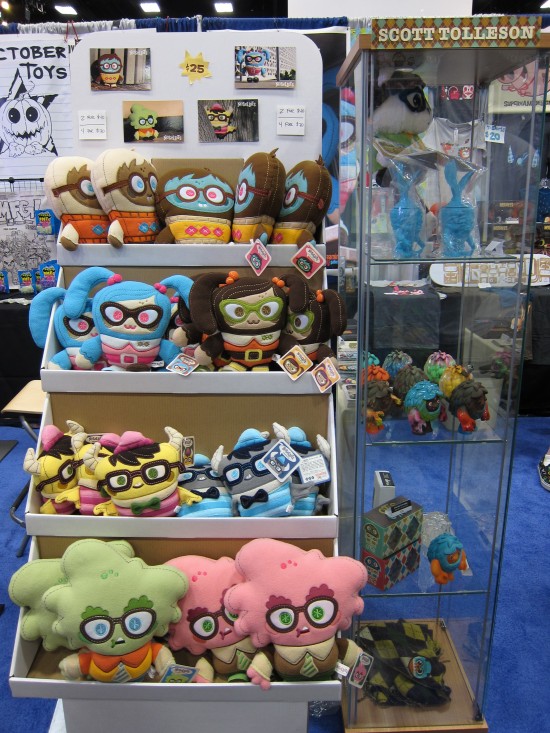 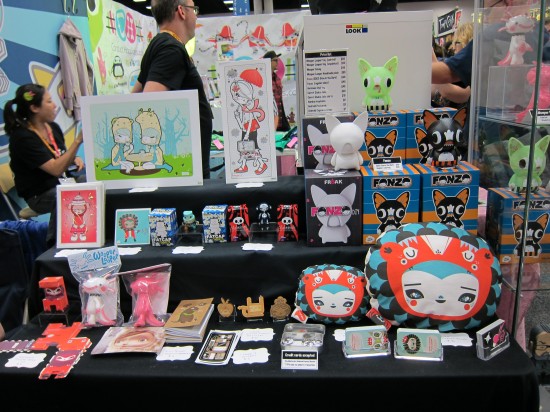 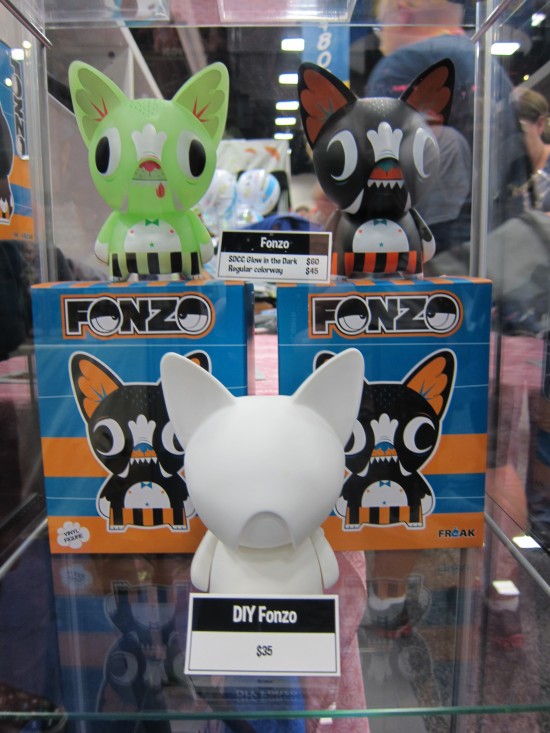 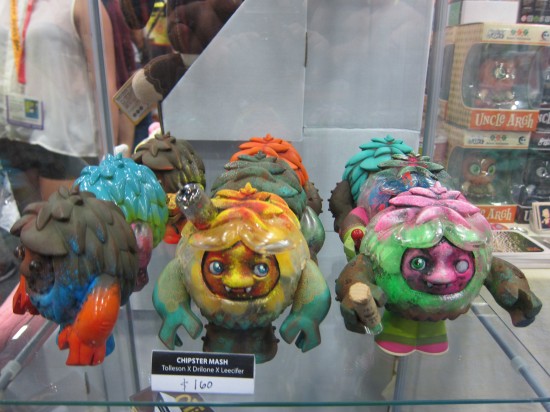 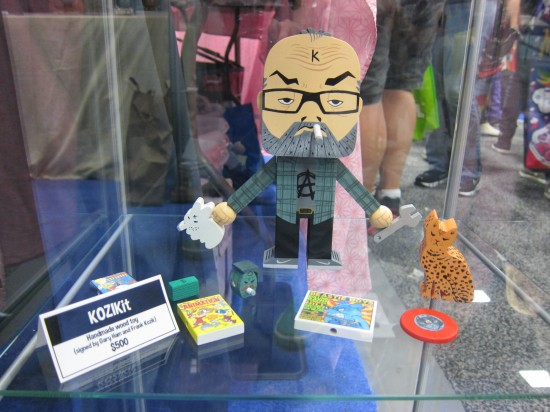