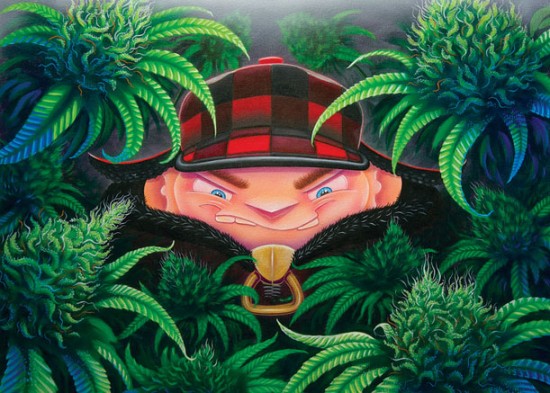 Ian Ziobrowski is a toy customizer and cannabis advocate. (Talk about marginalized niche cultures!) While the artist keeps a relatively low profile, pot plays a prominent part in his work. One of his most epic pieces was this miniature custom grow-op inside a DIY Mad*L toy, and today, his protagonist character, Nuggs, is for sale at 1xRun. 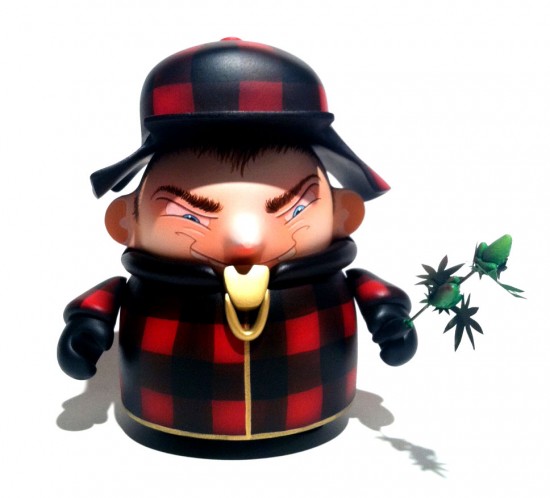 Nuggs is the central character in Ziobrowski’s NUGGLIFE world. 1xRun is debuting his first print based on NUGGLIFE in an edition of 25 pieces for $40 each. Ziobrowski writes:

I created this painting while working on a custom vinyl NUGGLIFE set commission for a collector. This project helps you view the characters in a 3D world. But I had to illustrate this world in order to put the story together. So by producing a painting in a hyper animation style, I can let people’s imagination have something to feed of off. Now you can start to see the story viewed in my head piece by piece. 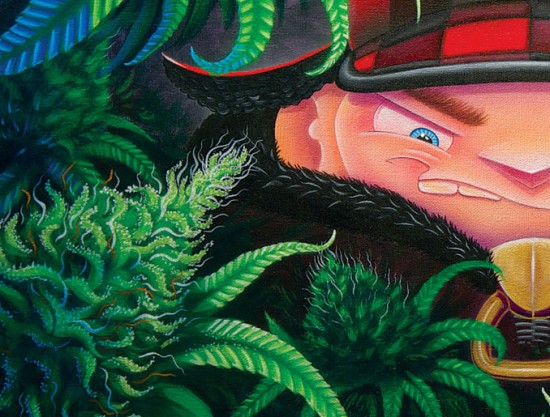 Having tuned into the depressing American presidential debating last night, I’d like to put out there that Ian Ziobrowski’s print run DOES have a connection to the American Dream. In an interview with 1xRun, he describes the origin of NUGGS:

In March 2009, I was inspired to create a character that portrayed self-made prosperity and the ability to live the ‘American Dream’ without following society’s standards of the path to getting there.  So NUGGS was created.  It’s when I realized I had something.  At the time, I made a custom birdhouse that was a secret grow room, and needed a character to go inside. It worked out perfectly as my first appearance in the art world. 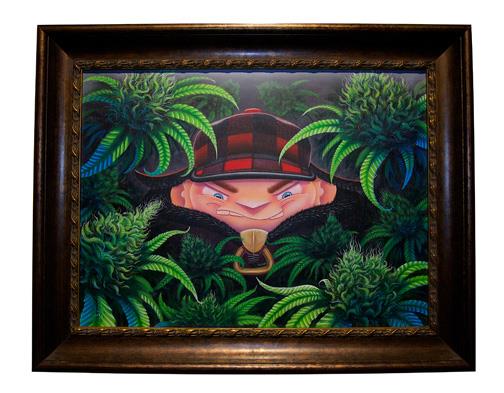