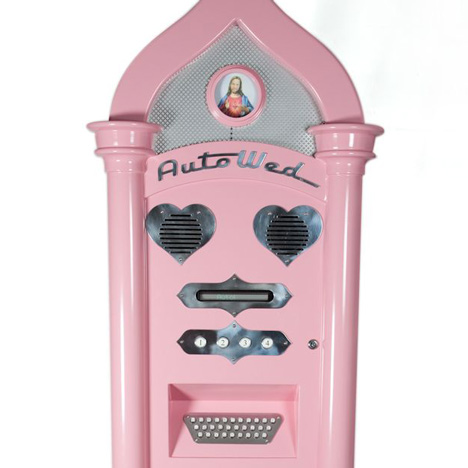 Everything is drive-thru, instant noodle, on-demand these days, so it only makes sense that the outmoded tradition of an elaborately planned ceremonial marital union would get a 21st century overhaul. Concept Shed to the rescue! 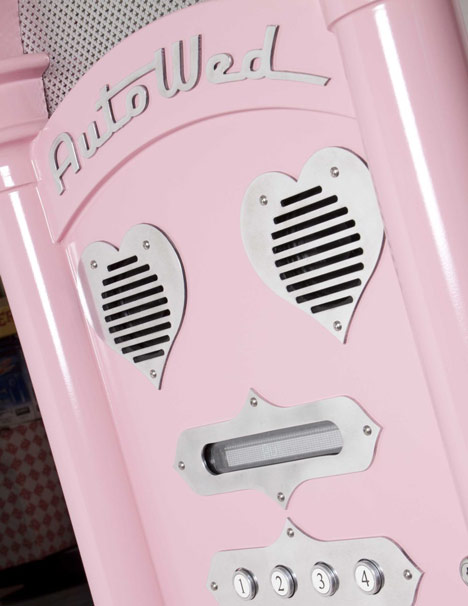 This coin-operated wedding machine dispenses a pair of plastic wedding rings and a personalised receipt to newlyweds. A recorded message encouraging passers-by to get married is automatically played out when motion sensors inside the AutoWed Wedding Machine are triggered.

Think of it like if Reverend Moon crashed his Barbie car into an ATM. 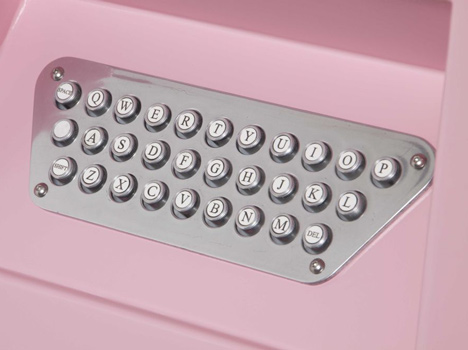 Once you insert your money, it plays an intro version of the wedding march and asks you to select your union type; “Press one for straight, two for gay, three for lesbian or four for B.F.F.”

That’s a point in favor of intelligent machines then, because clearly this pink parking meter is smarter than many states in the U.S. Continuing on… 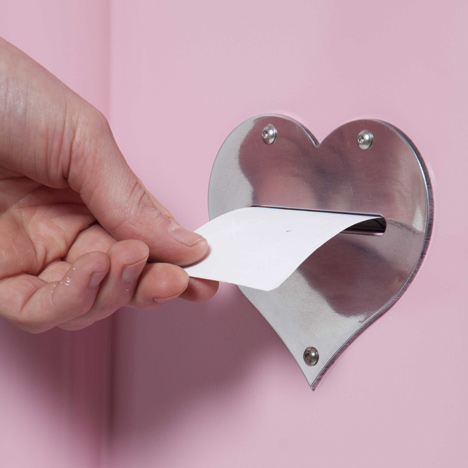 You both enter your names on the bespoke machined metal keyboard and AutoWed asks if you take each other as lawful wedded partners and to press one for ‘I do’ or press two to ‘Escape’. It then takes you through the rest of your ceremony and vends two plastic eggs with rings in and prints out your personalised wedding receipt from a thermal printer. It finishes by offering you a 10% discount for AutoDivorce with your receipt. 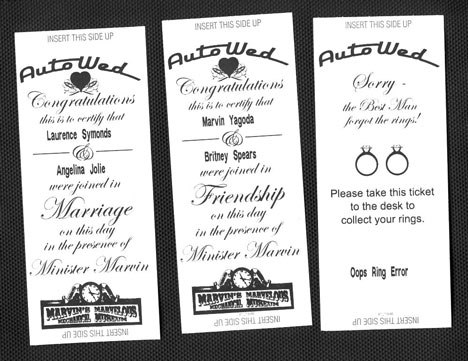 The AutoWed machine shown here was snapped up by Marvin’s Marvelous Mechanical Museum in Farmington Hills, Michigan. Concept Shed is hard at work on a V2.0. A rumor (that I started) suggests that Kim Kardashian will be its spokesmodel. 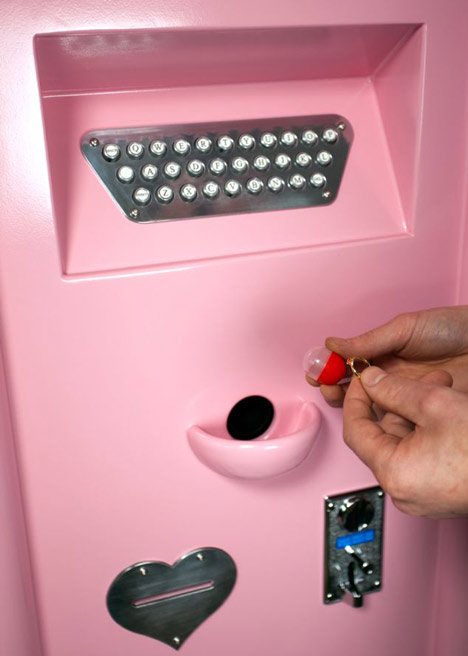