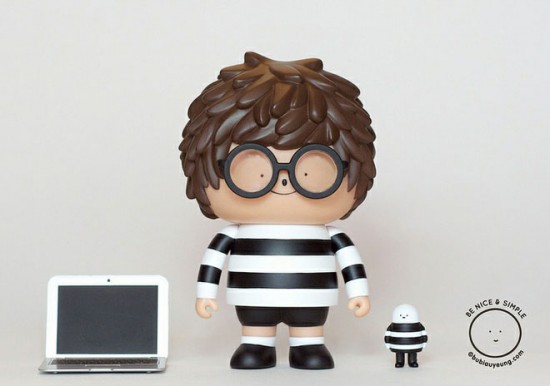 Having cured anxiety with Bearycalm, Bubi Au Yeung is readying to release Ren 2. The sequel to Ren follows Bubi’s “be nice and simple” design philosophy…with a few flourishes. “Nerd” Ren is 5 inches tall, has glasses and comes with a little laptop and ghostB companion. So cute. 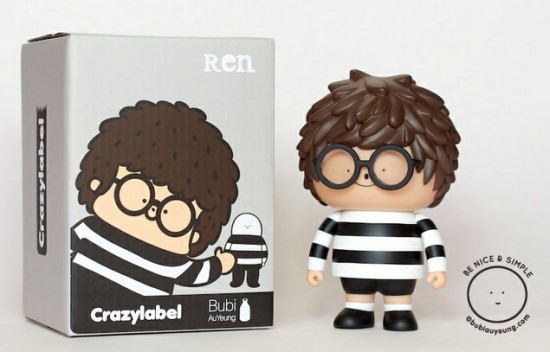 I like to think of Ren 2 as being Bubi’s idea of a nerd visiting San Francisco and touring Alcatraz… Bubi’s Instagram followers seemed to decide that Ren 2 was a boy based on the fact that he doesn’t have a bag. While Bubi agreed that Ren 2 is, in fact, a male nerd, there is room for ambiguity. He could be a little boy OR a stylish lesbian. Kind of like Justin Bieber! Ha! 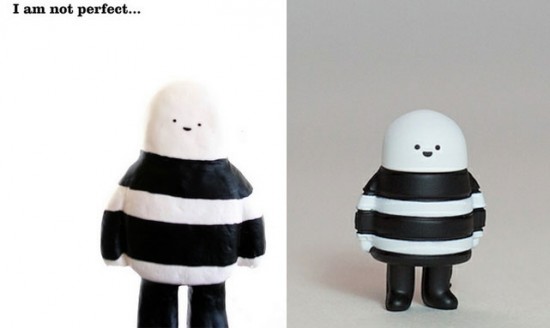 As for ghostB, he’s a black and white character designed by Bubi in 2006. “He is a shy little boy, but he has lots of secrets,” she writes. Shown above is ghostB in resin (left) and the new 1-inch vinyl figure (right). 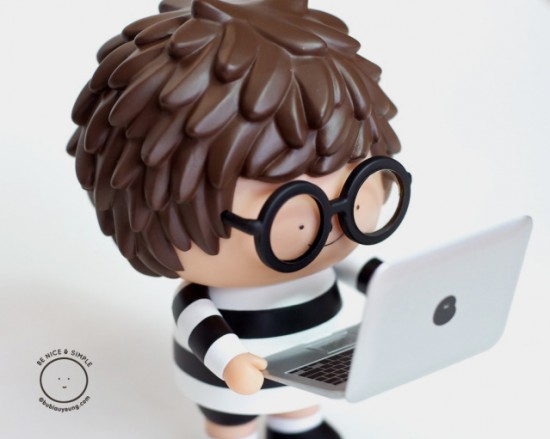 Crazylabel produced the vinyl figures, which will be sold in a limited edition of 300 pieces for China and 500 pieces for everywhere else for $39.95 each. First crack at dibs happens July 5th at Taipei Toy Festival. Lock up your nerd-loving daughters! Bubi Au Yeung’s Ren 2 arrives worldwide in August. 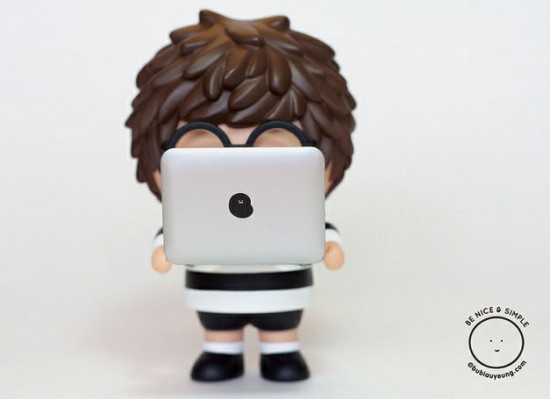 Simply the fine print: cute toys made by nice people. Support them!