After nearly a decade as a San Francisco institution, GAMA-GO opened its flagship store on 8th and Folsom in San Francisco. Founders Chris Edmundson and Greg Long were on hand restocking hoodies and ringing up purchases the old-fashioned carbon slide way. (Clothes and credit card tape kept running out due to demand.) Although Tim Biskup is no longer creatively involved with the company, his mark could be seen on GAMA-GO toys of yore like Tigerlily. It was great to see all the Yetis and Deathbots assembled together, as well as a sweet selection of clothes, bags and accessories. They even had a NFS laser-etched Nike sneaker. The first 100 people to come by/buy were treated to an exclusive GAMA-GO storefront shirt. Speaking of shirts, the company even got a nod from Mr. J.J. Abrams in the current issue of Wired. GAMA-GO’s storefront is now open for business. 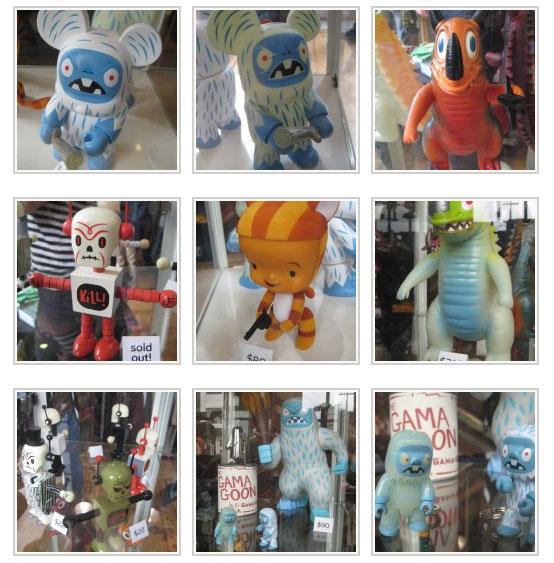