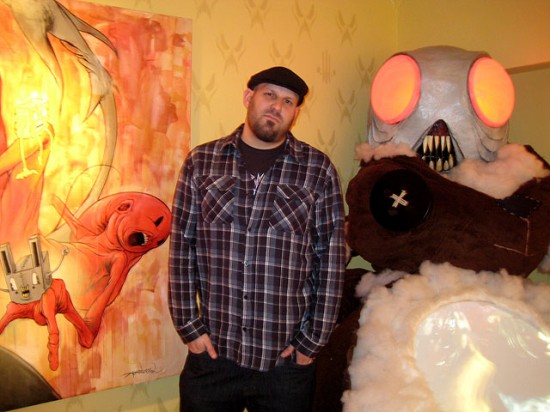 Picture it: San Francisco, January 2009. A pre-skinny Alex Pardee had just opened an atrabilious art show entitled Letters From Digested Children. The concept: Missing children who’d been eaten by monsters were being slowly digested while they waited for salvation. Alex collected the children’s missives (written while inside the bellies of beasts) along with police reports and portraits of some of the “more popular” monsters and transformed FIFTY24SF into a walk-in milk carton. It was amazing, and easily one of my favorite art events that year. (Unfortunately, the Internet ‘digested’ my post when ToyCyte bit the dust. I’ll recreate it with my original pictures as soon as possible.) 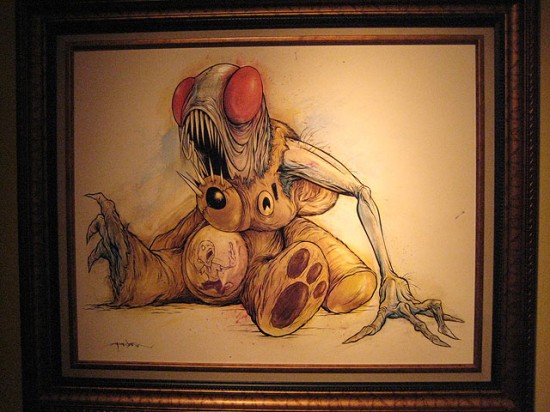 "Darren" inside DigesTED from Letters for Digested Children, 2009

A couple years later, in March of 2011, Pardee took to his blog to crowdsource input for his next collectible toy. As a “good example,” he suggested: “Theodore RoseFelt from Letters from Digested Children as a plush toy with a stomach that opens.” 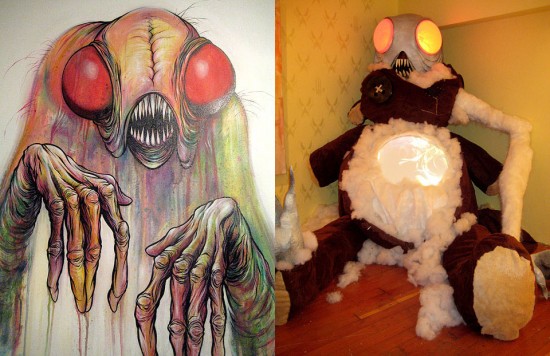 Which brings us to now, March 2013. Alex Pardee has been in secret cahoots with Kidrobot Black on a 6-inch vinyl toy that takes me right back to Letters From Digested Children. It’s called DigesTED, and it’s available now. Pardee writes how initially incredulous he was that Kidrobot would even consider producing such a complicated toy:

I had personally never before seen a vinyl toy (or any toy for that matter) as intricate and outright ridiculous as the thought of creating an all black, huge collectable vinyl toy based off of a splattery, rough, scratchy colorful painting.

But they did it. And it looks great. 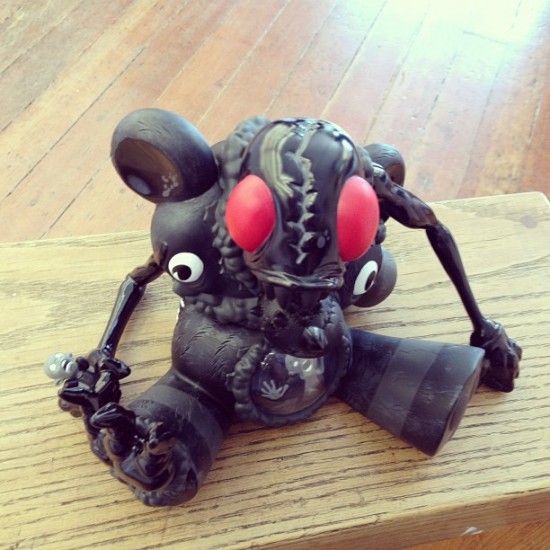 I like to believe that monsters are real. I always have. Actually, I KNOW monsters are real, they’re just really good at hiding. Which is why I’ve always imagined monsters reside right under our noses, often disguised or taking shelter inside every day items, big and small. That enormous teddy bear that your older brother won you at a carnival when you were 7 years old? Well, there’s a reason why you think you see it move out of the corner of your eye when you are sleeping…

Maybe now, putting this “DigesTED” toy on your shelf will convince those little monsters that live inside all of your other toys on the shelf that we WANT to meet them, and maybe they’ll finally emerge to say hello. But if not, trust me, they are still there.

Nice. DigesTED is available now in an edition of 250 pieces for $200 each here.