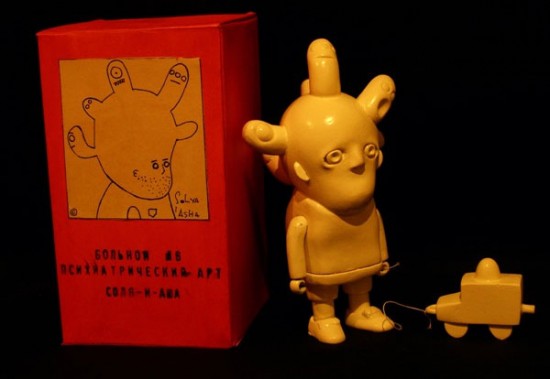 You’ve heard of psychedelic art; now here’s psychiatric toy art. Patient №6 is a new 5-inch art toy conceptualized, designed and manufactured by Solya and Asha of The Ukraine. The story goes that the character was institutionalized for being one of the “creative people”. Society, they say, doesn’t need “unpredictable people” and so they subjected this character to many years of treatment in a psychiatric hospital. But can their medicine kill his talents? We’ll find out in late August when the figure is released, along with his toy ambulance and medical history, in a cardboard box through their online store. I really like the way the artists have chosen to externalize the psychological struggle by erasing the man’s mouth (Remember that Twilight Zone scene? I still do…) so his creative “demons” literally explode out of his head. Looking forward to future figures with paint. 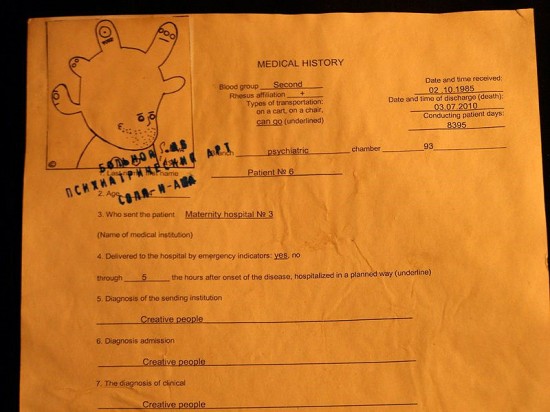 I wrote this post for another blog, where it originally appeared with the following feedback, which I’ve grabbed and uploaded here for posterity. Yes, that is the real Frank Kozik.