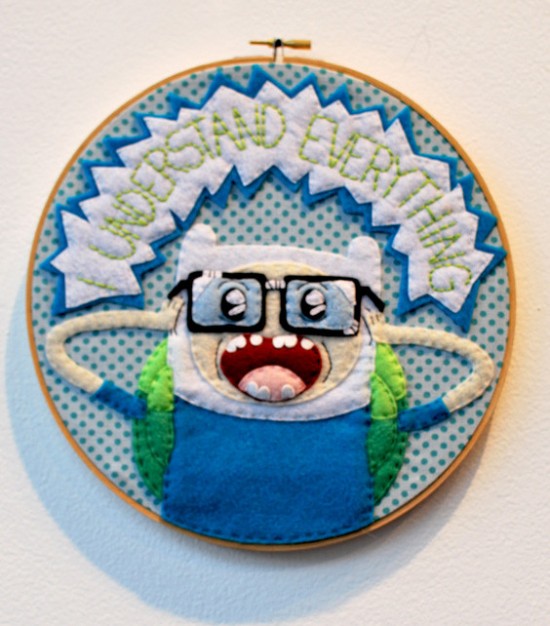 I Understand Everything! by Love and a Sandwich (Chicago)

I have yet to watch Adventure Time. In fact, I hadn’t even heard of it until Comic-Con, when I ran into what I thought were a Where’s Waldo Storm Trooper and a Retarded Pikachu, but was quickly corrected and told the latter costume was Jake the Dog from Adventure Time. I guess these sorts of moments are the casualties of having cats and not kids. But I digress. The rest of the world is crazy for Adventure Time, and the characters have spawned two tribute art shows, one in Chicago and one in LA. 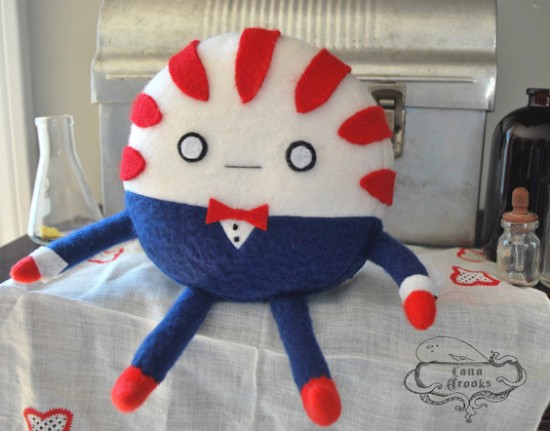 Up first: The Adventure Time Tribute Show opens tomorrow night, August 11th at 6PM at OhNo!Doom Gallery located at 1800 N. Milwaukee Ave in Chicago.  The show’s preview is already up, and it’s pretty fantastic, even for someone who isn’t (yet) familiar with the characters. The Chicago show features more than 43 international designers, illustrators, and plush artists, as well as pastries! 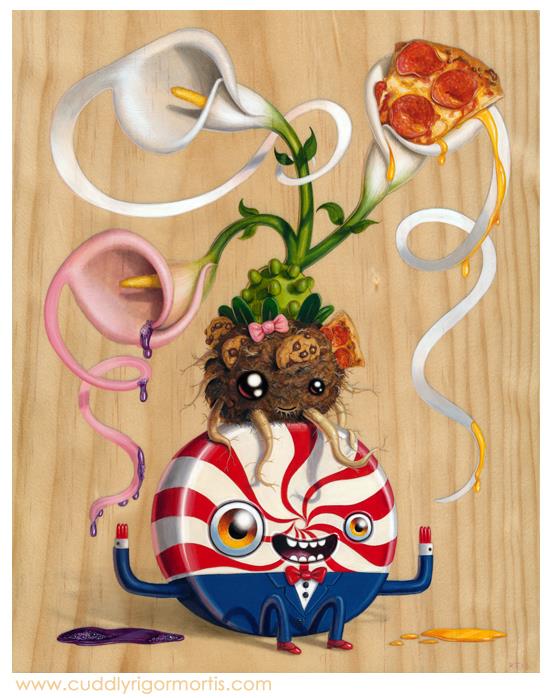 I love seeing how different artists visualize the same character, so from Lana Crooks‘ plush Peppermint Butler (for the Chicago tribute), we go to Cuddly Rigor Mortis‘ painted portrayal (for the LA tribute). Cuddly’s “Sovereign and Saccharine” is part of Oootopia: An Artgebraic Tribute to Adventure Time, which opens one week after the Chicago show, on August 18th at Gallery Nucleus in LA. To find out more about “Sovereign and Saccarhine,” I visited the CRM blog for Kristin Tercek’s explanation:

I took one of my favorite episodes, “Death in Bloom” where Finn and Jake take care of Princess Bubblegum’s princess plant. After feeding it pizza, cookies and grape soda they kill the plant. Thankfully Peppermint Butler steps in with his ‘ties’ to Death and the guys get the princess plant back in one piece.

Um, that sounds AMAZING. How am I not watching this show? I love plants, pizza, cookies, butlers (Mr. Bates!), and trippy children’s cartoons! I shall rectify this with immediacy. 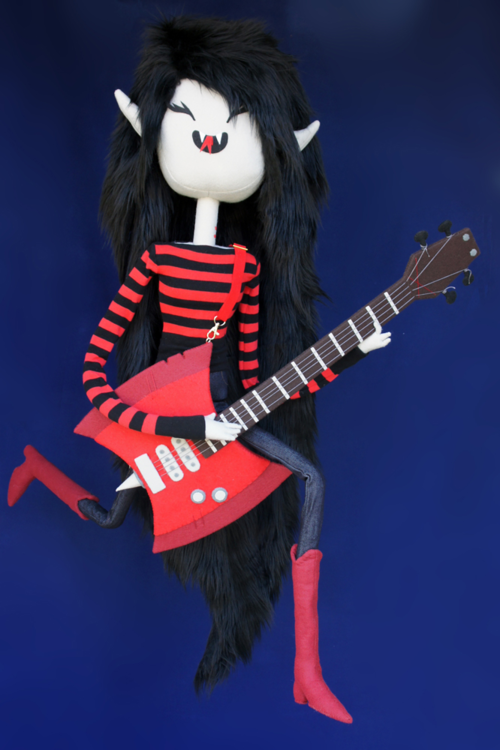 Also making an appearance in the LA tribute show is Drain the Red (Marceline the Vampire Queen) by Welsh stitching superstar, Felt Mistress. 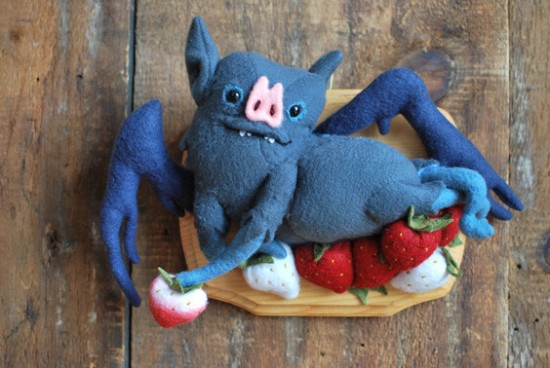 And here’s Crooks’ interpretation of Marceline for the Chicago tribute show. Crooks and Felty are both doing amazing work in soft sculpture. Click through for a few more previews from both shows, and have a great weekend! 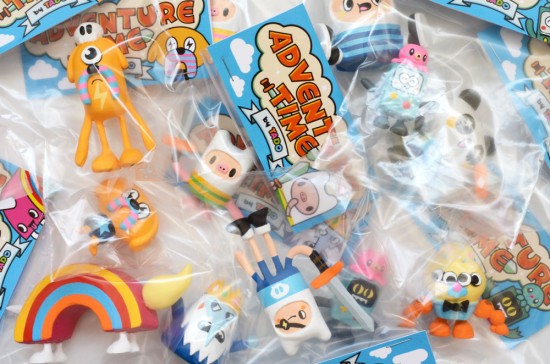 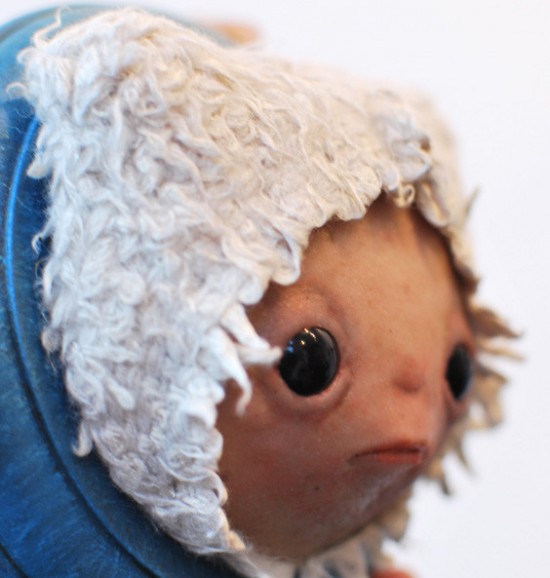 The Last of His Kind by Jake Waldron (Chicago) 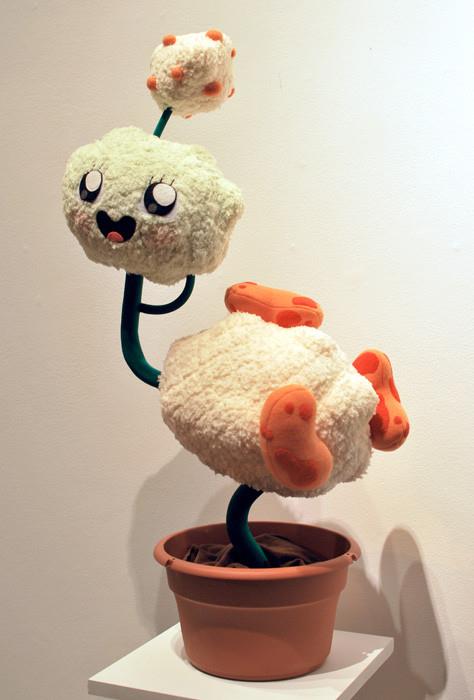