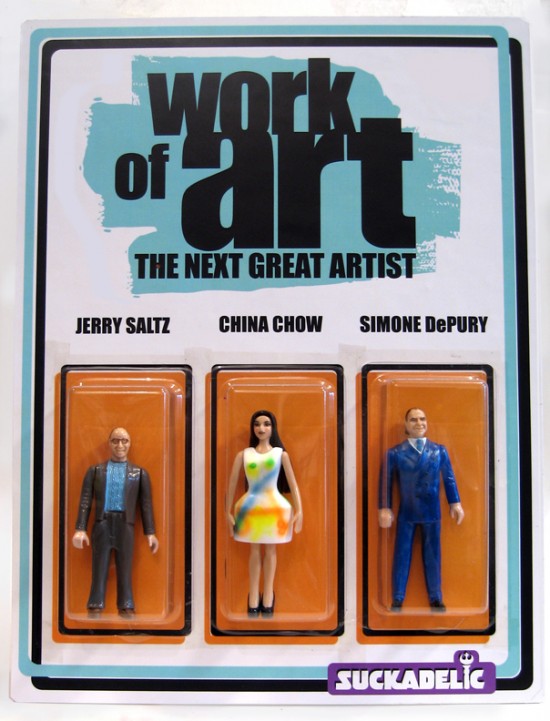 You knew he was going to do it, and he did. The Sucklord made little resin and blister card effigies of Work of Art‘s Jerry Saltz, China Chow and Simone de Pury. The set of three figures (shown above) was offered at $175. If you think that sounds pricey, you probably don’t understand art, because it’s now sold out. 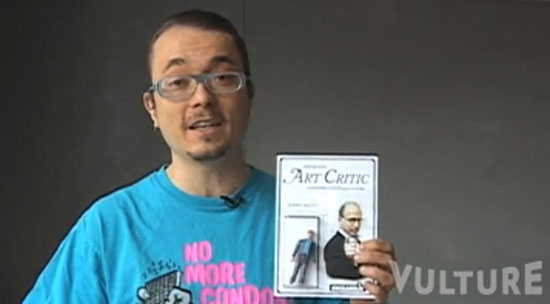 Speaking of not understanding art, The Sucklord told New York Magazine that his impetus to make the Jerry Saltz art critic action figure was his own (deadpan, ironic) inability to process thoughts and feelings about art…until he gets Saltz’ commentary. Oooh burn. 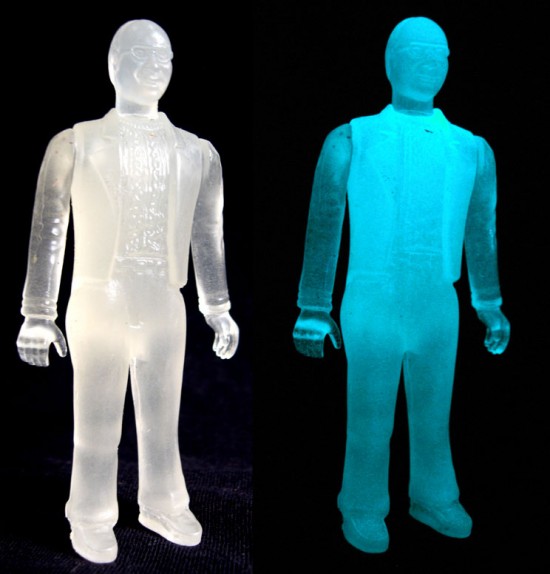 These are the rare, G.I.D. Jerry Saltz art critic action figures that The Sucklord self-promotionally flashed in Work of Art’s final episode. They are also sold out. Saltz is totally stoked: “Wow! My own Super Jew Guru action figure!”

The Sucklord’s work feels like it wants to be “outsider art,” and yet it’s really rather “in-joker art”. It’s funny, but lazy. It’s deliberately (and self-admittedly) crappy, and I think it could be better. (Not Mike Leavitt better, but then again they’re going after different aesthetics.) On that note, I’m not sure what Bill Powers did to Sucklord to merit ending up all Johnny Get Your Gun-style with scat smears on his face. Yikes. Click through for that one. Further versions of Work of Art judges are forthcoming. Yay. 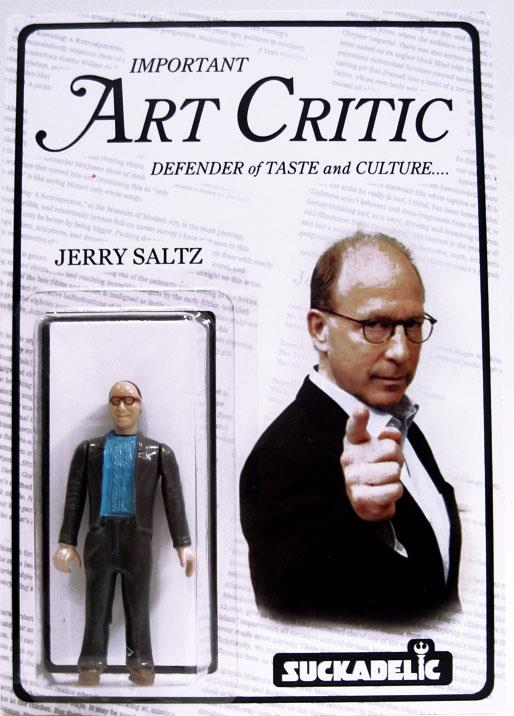 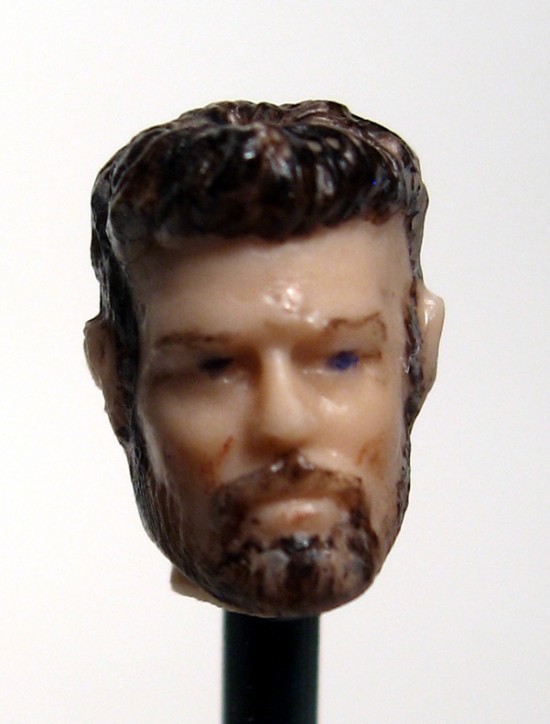