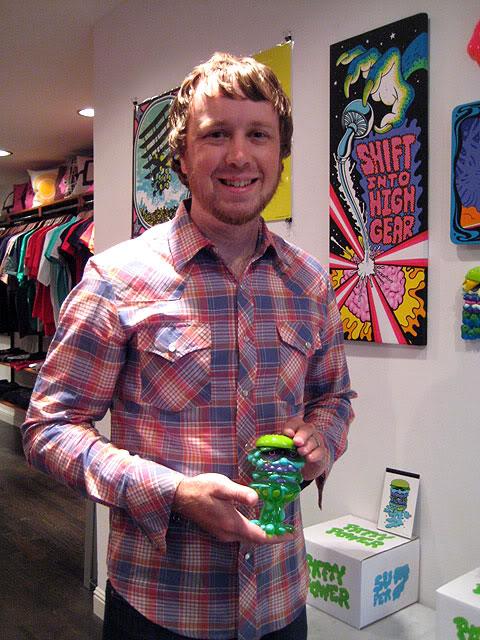 Arbito (aka Jesse Hibert) created an edition of 10 hand-painted Patty Power resin figures in translucent green with purple and blue for Friday night’s opening. He also brought several one-off Patty editions, including a striking blue colorway. While I assumed that The Hobo was probably the “homecoming king” of Jesse’s ramshackle resin gang, it is in fact The Seeker who is the most popular. Looking at the three Seekers (I spied a fourth in the Super7 backroom…), you can see why (though I personally pledge allegiance to Patty Power, myself). Jesse humbly explained that he’s not really doing anything different; that it’s quite possible to read up on resin-casting online, and it’s merely his paint that distinguishes him. While I agree that the paint application certainly stands out, I think great characters and consistent technique put Arbito at the forefront of the resin movement.

Read the rest over at SpankyStokes’ here!