Way back in 2008, before I became increasingly (2010) jaded (2012) on the direction of custom/DIY vinyl toys, I had an unlikely love affair with a series of customized Munny disco divas. I say “unlikely,” only because I am firmly an 80s kind of guy. Yet, the Munny Legends of the 70s series was impeccably, impressively rendered by Venezuelan-born, Berlin-based artist, Stor Dubiné.

The music of the disco decade is Dubiné’s principal artistic influence–a concept rendered all the more interesting by the fact that he was born with severe bilateral hearing loss. His devotion to the Seventies shows in the attention he put into the series which featured Donna Summer, Elton John, Grace Jones, Nina Hagen, Debbie Harry, Stevie Wonder and Michael Jackson. 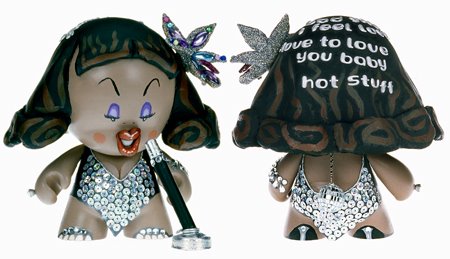 For Dubiné, Donna Summer was more than just a singer and an icon; she was also an inspiration, a teacher, a cure-all. He writes:

Unfortunately, her own medicine could not heal her. This morning, Donna Summer passed away after a long battle with cancer. She was only 63. She was a 5-time Grammy winner, and she leaves behind 3 daughters. 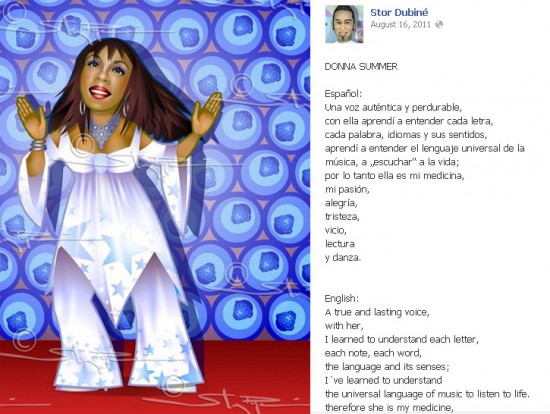 Dubiné made the Donna Summer customized toy in 2008, but he’s been a life-long fan. In 2005, he produced Donna Summer’s I GOT YOUR LOVE, a small yet passionate animated video biography of the legendary singer.  He writes: “I made this video with a huge excitement with the intention to promote her comeback to all her fans around the world”.

Click through for the video, news on Dubiné’s currently running art show and the final reveal of his 7th Legendary Munny of the 70s… R.I.P. Donna Summer, and hope you are doing OK, Stor!

The timing of Donna Summer’s passing may make it worth a fan pilgrimage to Germany for Dubiné’s current exhibition, “My Childhood’s Visuals”. The show is running now through June 30th at Art & Champagne Gallery in Berlin. 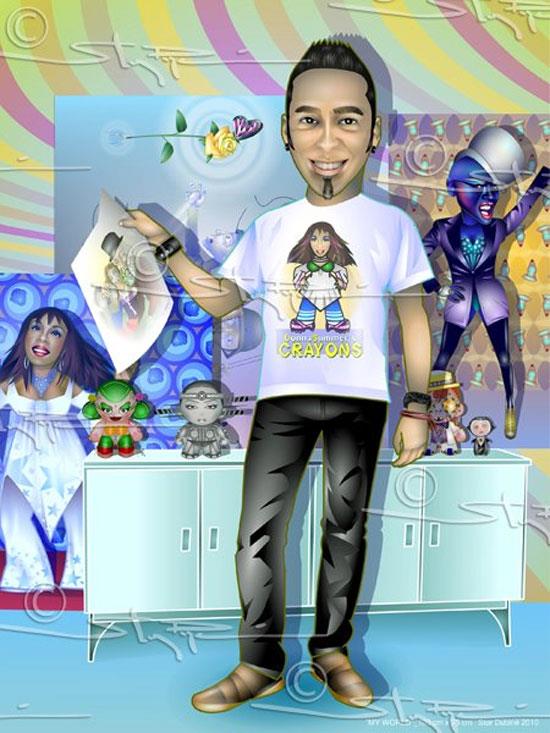 I never got to report on the final Munny Legend in Dubiné’s wonderful series. As you can see, it is another 70s lost legend, Michael Jackson. 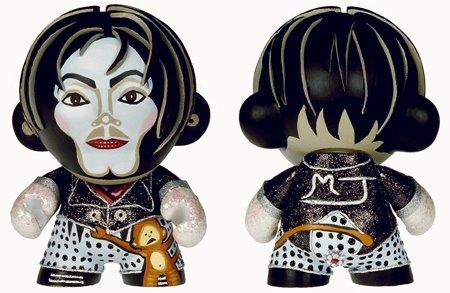