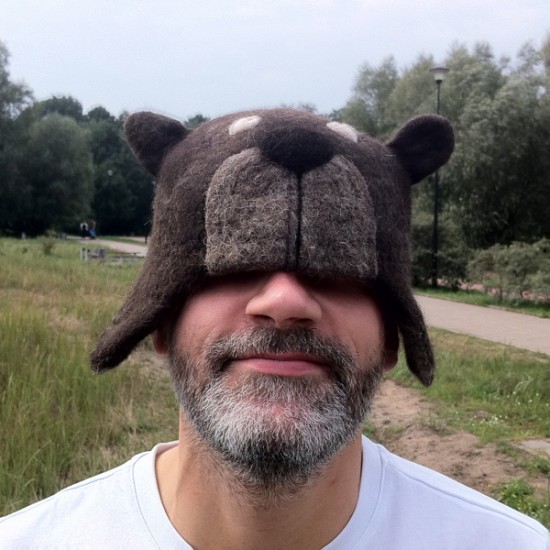 It’s easy to forget sometimes that life in the Bay Area is a bit of a bubble. For instance, Bears are more common than Republicans. I’m not talking about Cal Bears; I’m talking about full-scale Folsom Street Fair Bears [wiki]. But San Francisco is not like other cities. This is why the felted creations of Poland’s MISZEK stood out to me.

BAM! Yes, that is a needle-felted bear peen. And yes, you do detect a nip (ring) slip beneath his Mr. Bear 2011 sash. MISZEK calls his creation “Pornal Bear” and refers to himself as a “life-forms manufacturer”. 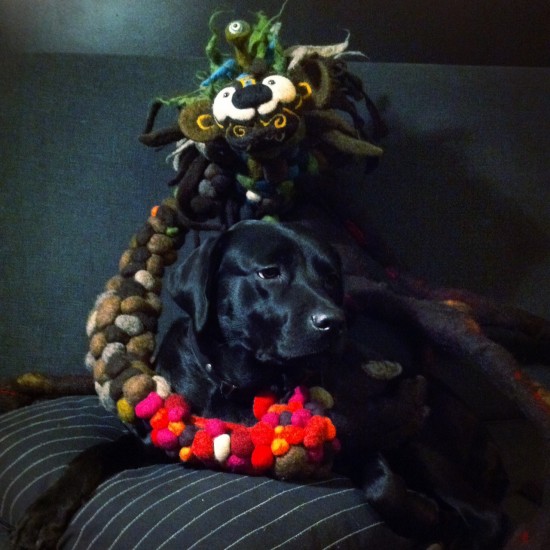 Here’s kind of an artist statement:

I have recently started to actually listen to wool. I think I’m beginning to understand it. Its structure and complexity. And since I have found the Animal in me I challange it with no fear. I still lack patience though. One day I WILL felt a cow (not that I’d like to – I just know that that is where I’m heading).

The process of making, of creating all those things is a sheer pleasure for me. I enjoy it. I like the hard work, I like the intensity, unpredictability. I like my negotiations with the Wool. Heart vs Fur. NEVER FELT SO GOOD. 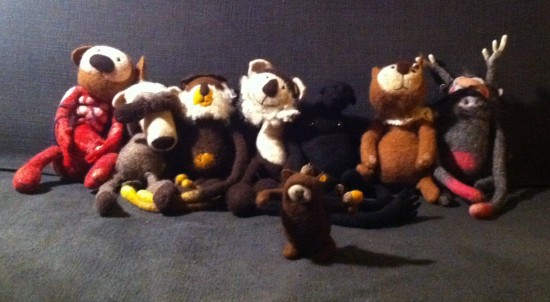 In October, he explained the photo above with: “There’s an exhibition in Warsaw we are taking part in so there’s an impossible riot on the sofa tonight – everyteddy wants to go!” Haha. MISZEK’s work is really funny and sometimes creepy/disturbing and other times overtly sexual. Occasionally, it’s all three at once. It’s unusual (at least to me) to see such a combination of hand-made plush, wacky humor, and gay male sexuality coming from Eastern Europe no less! 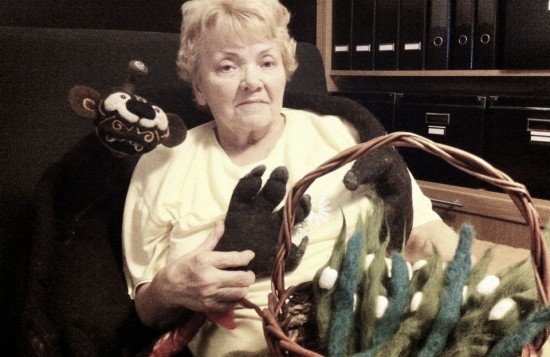 Follow MISZEK on Flickr and check out his etsy shop too. I’m rooting for this guy. I hope he DOES get to felt that cow. 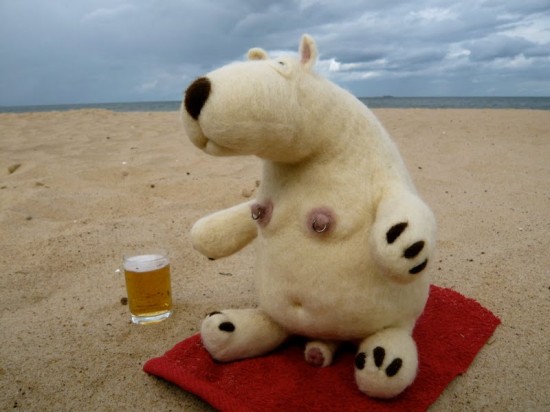 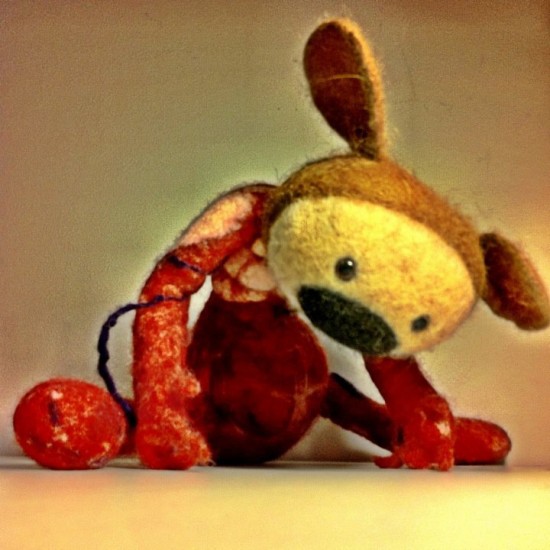 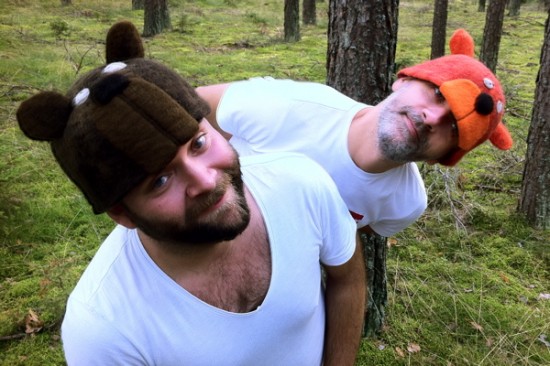 [via We Waste Time]