Are pet stores the new art galleries? Nah, but if you collect toys, you might want to visit your local PetCo. The pet supply chain recently revealed a collaboration with artist, toy designer and custoMONDAY alumni, Kristin Tercek (aka Cuddly Rigor Mortis). 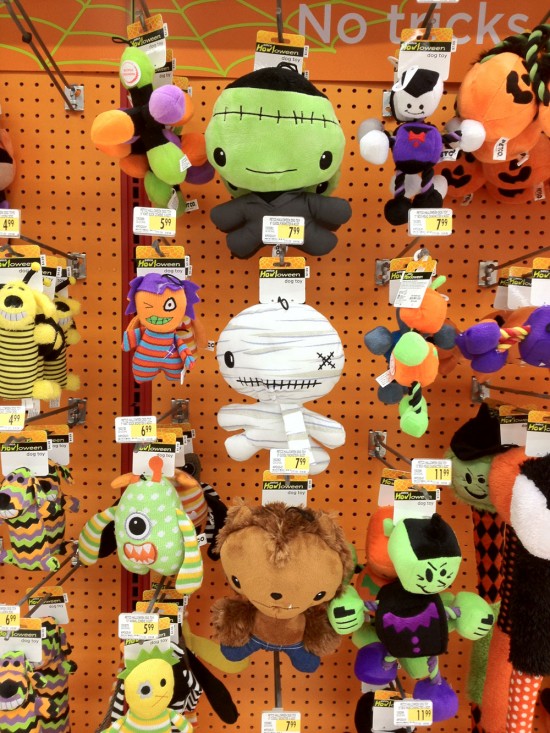 That’s so rad! Good-looking, soft-feeling, mass-produced, dog-friendly versions of Tercek’s characters, Bat, Woofman, Frank and Mummy, can now be found for $7.99 in suburban strip malls across ‘MERICA! (Or, order online.) I’ve had one of CRM’s original Frank plushes since 2008, so being a collector, I needed to pick up the dog version ASAP. 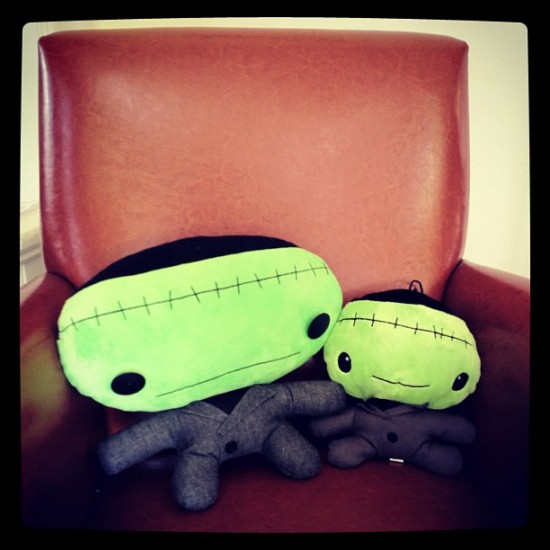 Above you’ll find the two Franks united. When I noted that the 2012 Frank for dogs is a lot happier than the 2008 Frank for humans, Tercek responded that the same is true for her. Other (non-emo) differences between the two dolls: the new Frank has embroidered eyes (rather than buttons), a rounder head and “drool-resistant fabrics”. 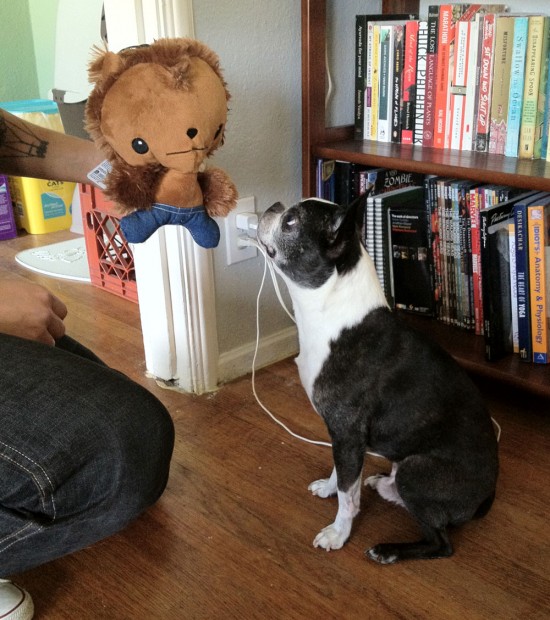 Tercek spoke highly of working with PetCo, saying that while the company made minor style changes, she had approval throughout. Others who approve? Well, me. And also: dogs. Meet Simon, a Boston Terrier (above) who lives with my friends Gabe and Mae. My cat had zero interest in Frank, which was perfectly fine with me. Woofman, however, well, he’s no longer with us… 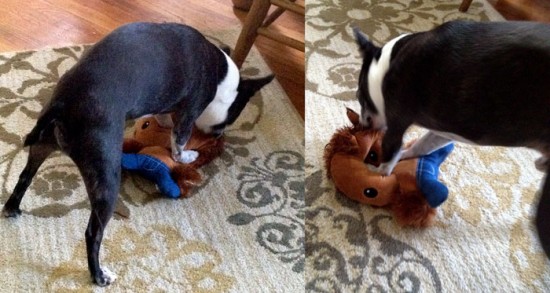 According to Wired, a category manager at PetCo contacted Tercek after seeing her morbidly cute, hand-sewn plushes on designer toy blogs (like this one). When asked how one could replicate Tercek’s success, the author elaborated in the comments:

We cut some stuff from the interview, but here were the broad strokes: Produce a lot of good work on a consistent basis. Publish it frequently to a blog or other forum. Impress prominent bloggers who cover you space, in this case, designer toys. Yes, there isn’t a silver bullet or trick, but it is impressive to see that buyers at a bland suburban chain are floating around avant-garde toy forums.

That IS kind of exciting. I wonder what other kinds of connected people might be reading these blogs and forums? 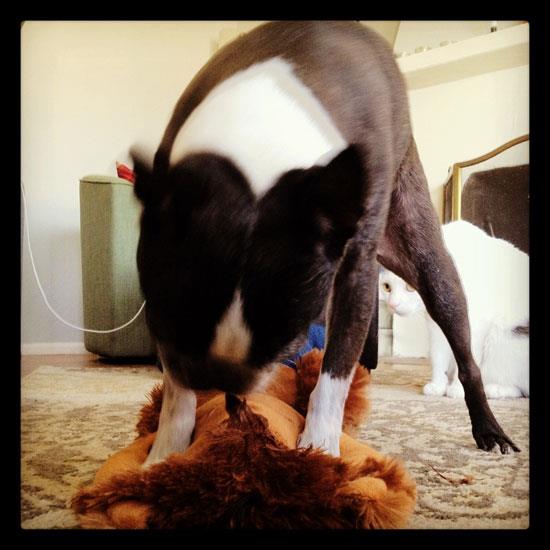 Big congrats to CRM for making toys that make pets (and people) very happy. Now go to your PetCo, and pick up some plush so you’ll be ready for Howloween!