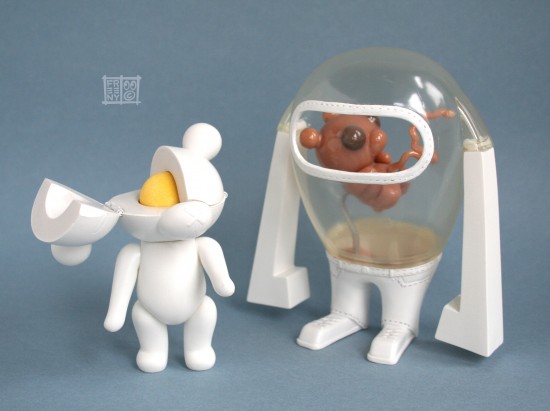 Jason Freeny is the father of modern toy art anatomy. He’s also the father to a couple of little Freenies, and furthermore, he’s my friend. He has appeared in both my “major” interview columns (custoMONDAY 11/08 and Meet Your Maker 10/10), and he shows up here now as the first artist to the finish line for LOVE MOVEMENT! 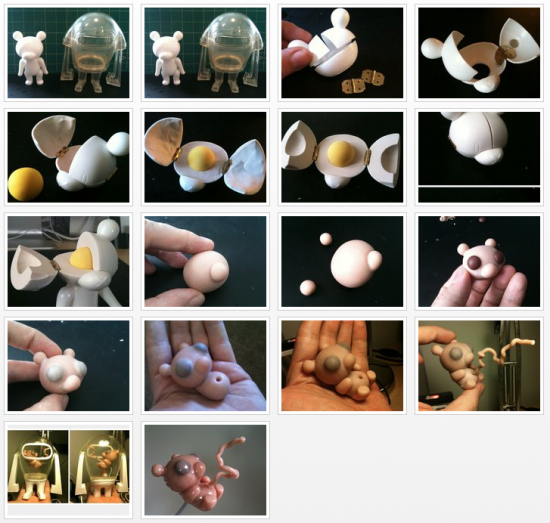 You know how when you see a cool magic trick, you want so desperately to know how it’s done, and then as soon as you know, you feel smug and satisfied, but largely the magic is gone? When Jason explains his process, it has practically the opposite effect. Despite me being literate, I read his notes and 1) still feel like he’s doing magical stuff and 2) walk away thinking “wow, look at what’s possible!” Click through Jason’s Egg and Incubator photo-set on Facebook to go behind the scenes as DANKESCHOEN & T-BOY prepare to make babies… RAD.