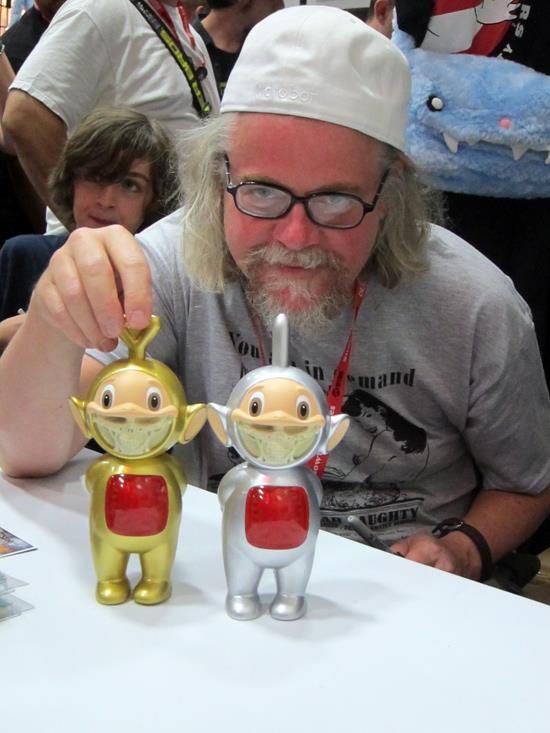 Ron English is an incredibly down-to-earth artist, especially when you consider his level of global acclaim. His unpretentious attitude made me feel comfortable suggesting that he, as Designer Toy Awards presenter for Toy of the Year, skip whatever it said on the card and just award the trophy to the Telegrinnies. Unfortunately, the honor was instead bestowed upon a 4-foot, $4,000 KAWS Companion. 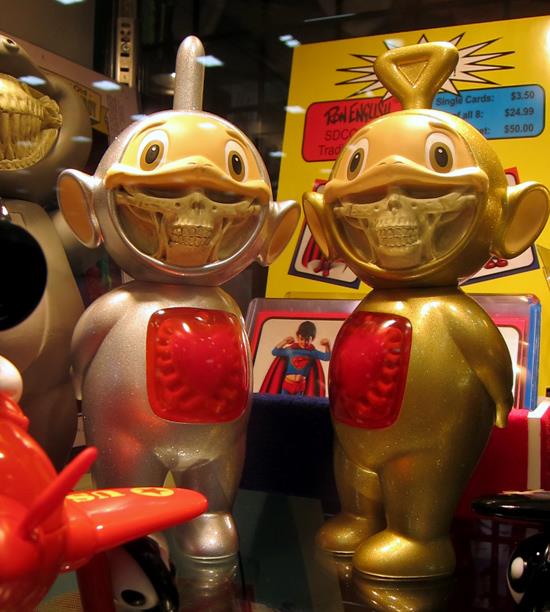 However, when Telegrinnies are involved, there are no losers. ZacPac‘s silver and gold glitterrific Grinnies are practically trophies themselves. This year’s Telegrinnies (see last year’s here) are limited to an edition of 100 pieces each. If they didn’t sell out during Comic-Con, they will probably be available online through ToyTokyo.

Art Hustle in the house! 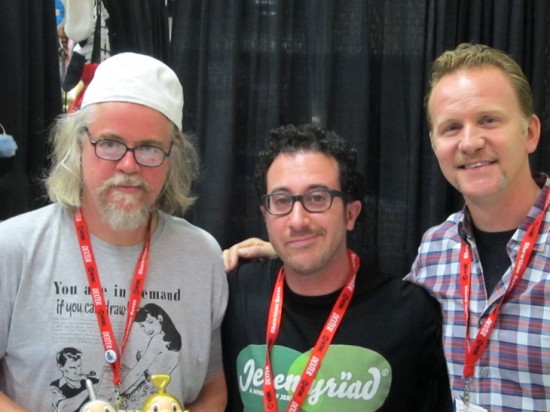 This is probably my big fanboy moment of SDCC 2011. I acquired new Telegrinnies and bantered with Ron English, and I also met film hero and fellow art toy collector, Morgan Spurlock! Note to self: Spurlock’s skin and hair look fantastic: it must be all that Pom Wonderful and Mane and Tail. Awesome. 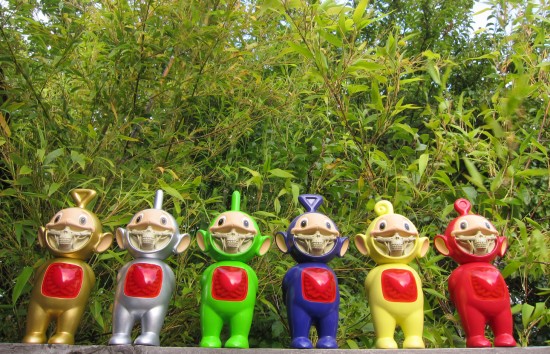