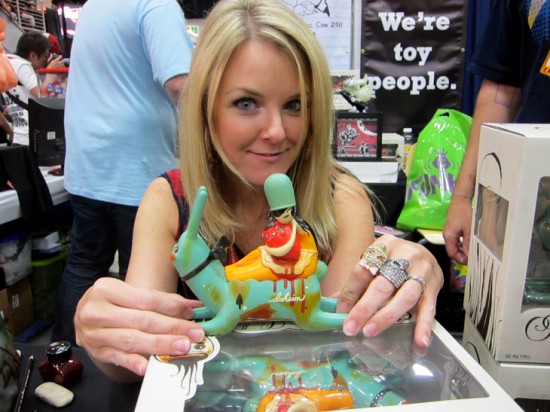 I’ve said it before, and I’ll say it again: I like art toys. Brandi Milne‘s Bunny.Go.Ride is an art toy, and it’s a nice one at that. The figure was first seen in Darkness Keeps a Steady Hold, a painting Milne made and sold a couple years back. Although there is one small change-up (like the kind you used to see if you could spot in Highlights Magazine), the 3D vinyl remains true to the artist’s vision. 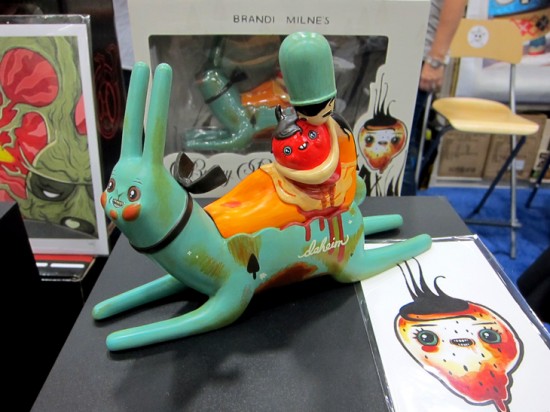 Take a closer look. It almost appears as a vintage tin toy, right? But it’s not: it’s vinyl. And the word written in cursive on the bunny’s side is “daheim,” which is German for “at home”. 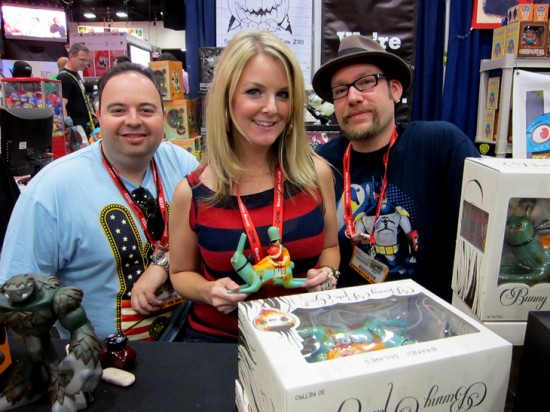 I think it’s cool to meet the entire team responsible for bringing a toy to market. The whole “mystique” thing can be fun, but for me, it’s more interesting to get the story. In this case, Brandi Milne designed the character, George Gaspar of October Toys (on right) sculpted it, and Ben Goretsky of 3DRetro (on left) produced the piece. Well done! 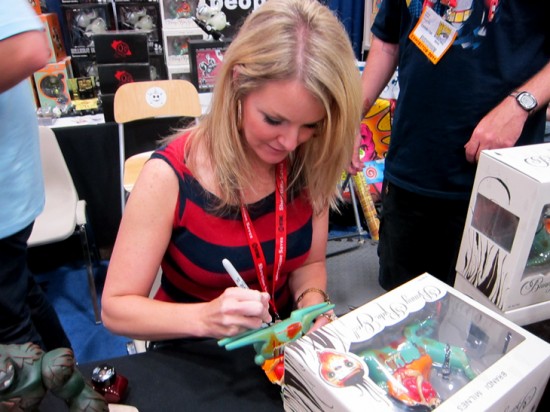 I alone picked up three Bunny.Go.Rides (one for my collection and two for friends), and Milne signed them all. Of note: Milne signs her first name only. Like Cher.

Until word spreads how cool these are, they remain available for $90 through 3DRetro here. Each Bunny.Go.Ride purchased at Comic-Con was accompanied by a small, signed print. The prints were numbered in accordance with the figures, so I imagine they would still come with the figure if you bought one online. 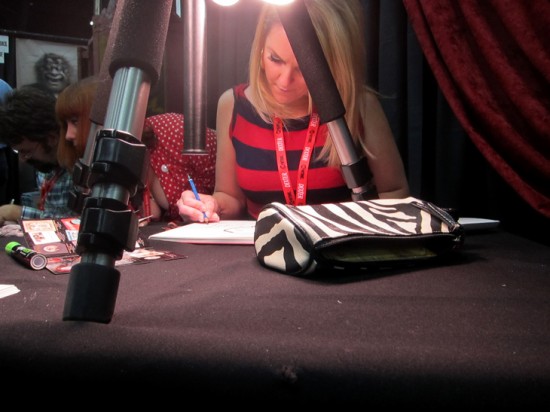 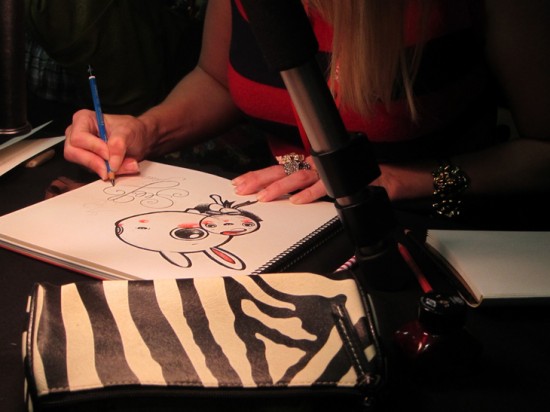