London-based creative communications agency, Dentsu, just “let loose” a series of eight character toys they’re calling Suwappu. The name, Suwappu refers to how each character can be split in half, and each half swapped with another half to form new hybrid characters. 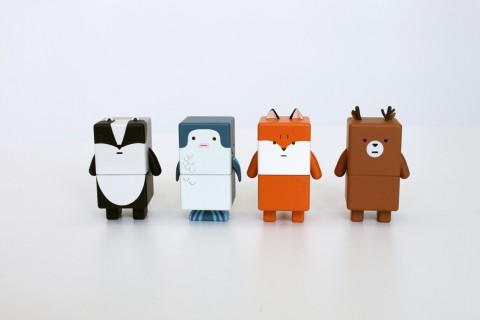 There is also an augmented reality concept to these figures:

Suwappu is a group of characters that can take lots of different forms. Primarily (or initially), the toys seen in the film – a set of collectible and swappable figures, readable by connected devices, opening up a layer of content. The Suwappu’s head signifies his personality, and his pants signify his environment – the app produces content according to its reading of each half. 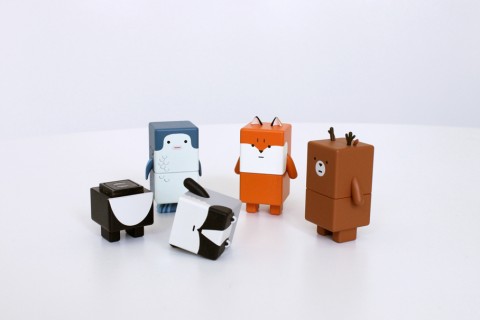 When questioned about the AR on their blog, Beeker, speaking for Dentsu, responded:

Lots of this is speculative at the moment – we are doing some dreaming (albeit feasible dreaming!) about what possibilities AR with toys could open up for us. The realtime tests towards the end of the film show some of what we’ve tried with AR technically. But we see AR as a form of expression and communication for and with toys, essentially – about their time in the world, their environment, their nature. This could be episodic, and through all kinds of connected media.

Dentsu cites Japanese mascot characters as some of their inspiration for Suwappu. They are currently “speaking to manufacturing, distribution, and content/media partners to bring Suwappu to market”. Naturally, the four Suwappu seen in the video already have Twitter accounts: Badger, Fox, Deer and Tuna.