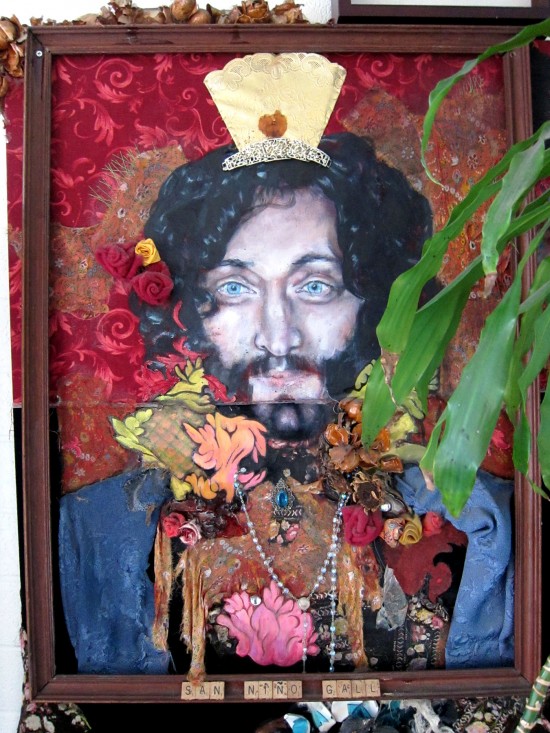 There is a mixed-media (fabric, dead birds, Scrabble tiles, etc.) portrait of Vincent Gallo hanging behind some trash cans and recycling bins at San Francisco’s “Rock-n-Roll Hotel,” The Phoenix Hotel. 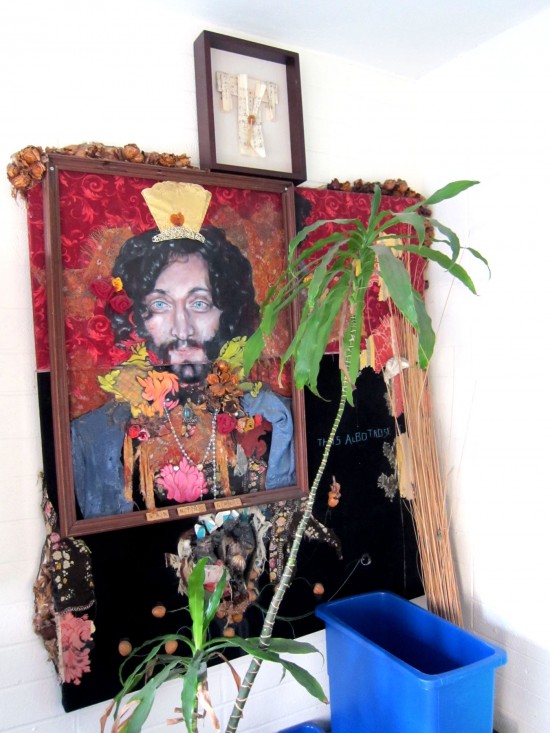 Upon waving the universal “WTF?” gesture, a passerby told me she’d heard it was a self-portrait. Rock-n-Roll Hotels tells it like this:

The ‘dead bird’ piece is actually a portrait of musician/actor/director Vincent Gallo. It was left outside his room by a smitten, surreptitious fan. Gallo had, apparently, wished to take the portrait with him but couldn’t fit the monstrous masterpiece into his car and so handed it over to the hotel who, in turn, added it to their own art collection, which now totals over 250 original pieces.

I wonder if the portrait was inspired by Gallo’s turn as Sister Gomez in the classic 1999 film, Freeway II: Confessions of a Trickbaby? Gallo was robbed of an Academy Award on that movie. At least he (sorta) got some cool art. 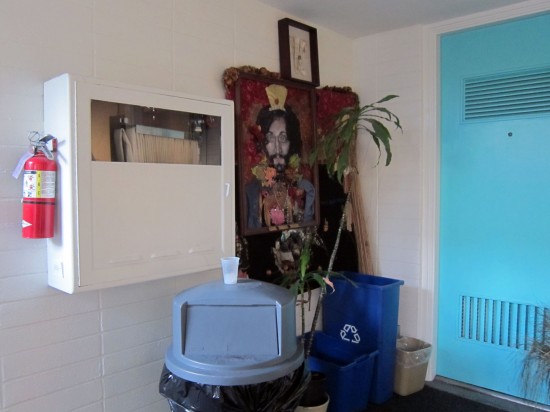