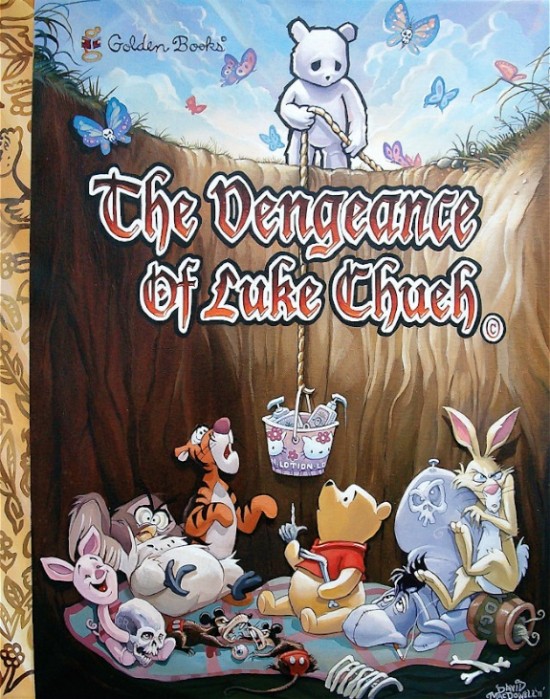 I’m really digging some of the scene-parodying artwork of David MacDowell. His work strikes parallels with Mike Leavitt’s Art Army in its rendering of fellow artists amongst their own icons and symbolism. (Luke Chueh above, Mark Ryden below) MacDowell is newish to the art scene. He told Arrested Motion (in a good interview about Lowbrow) that the moment he first realized he was an artist in 2009:

I could always draw, but never seriously painted until 2007. Everything happened within months once the work got out. Juxtapoz reader art and then a week later signed on with Thinkspace, with only 5 paintings into the game. Thankfully they saw something in me, so I figured I had better step up and learn what the hell I was actually doing. 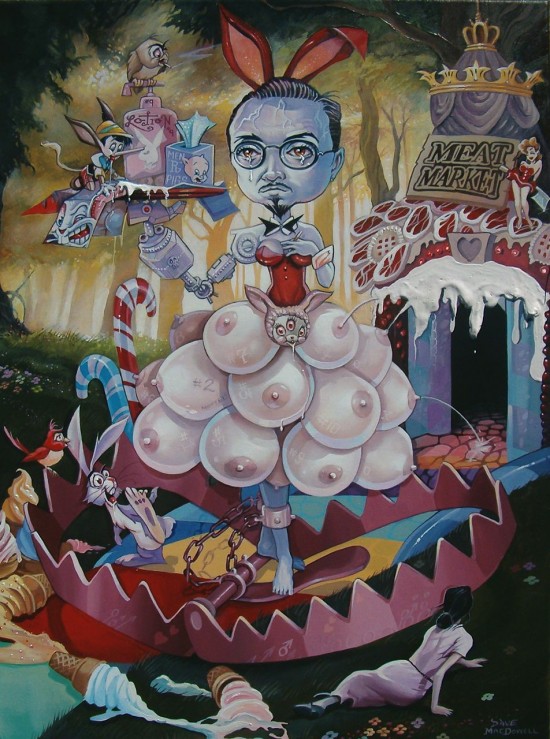 Juxtapoz also recently interviewed him. Here’s two bits I like a lot:

One reason you make art:
I get to say things that would get me killed if I used words.

Something you do when you’re procrastinating?
Think obsessively about what I should be doing

MacDowell has a solo show, Lowbrow Love Letter, opening this Saturday, April 30th at Thinkspace in Culver City. He will be present for an artist’s reception between 6-8PM.