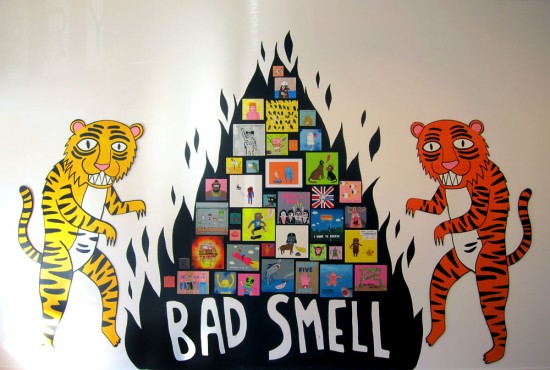 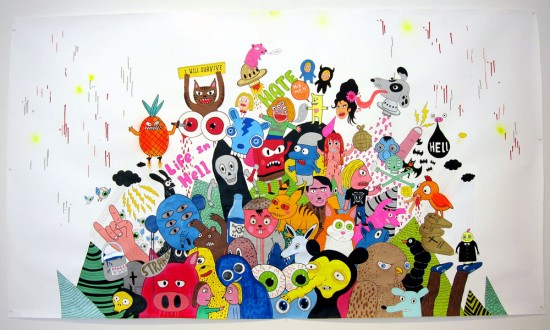 Laurina Paperina (née Laura Scottini) was born in 1980, a detail you could either glean from her bio or guess from all the references to Star Wars and Smurfs in her art. She describes herself as a “duck with a human head” and says she “doesn’t want to make serious art”. 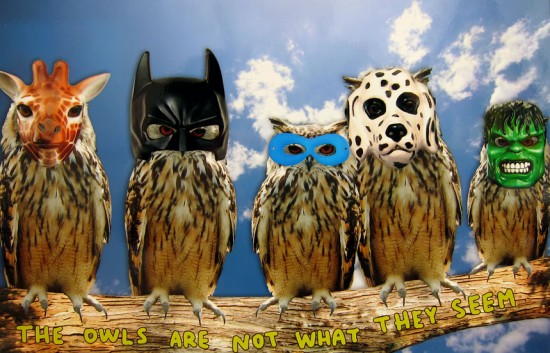 The Owls are Not What They Seem © Laurina Paperina

Can art ever exist just to be silly, or dare I suggest, outright stupid? Or would that be a conflict of interest with galleries who need to make art seem profound and meaningful to collectors? Regarding Paperina’s 2010 show in China, Nick Muzycka writes:

Although Paperina claims that she has no interest in producing work that can be framed conceptually, there is a sense in which she has been conceptualized, perhaps unwillingly, by the art world as “that girl who doesn’t want to make serious art.” At least, this is how her work continues to be promoted by the numerous galleries interested in displaying her collections.

As if on cue, Fouladi Projects writes: “At first glance, [Paperina’s] work may seem crafted merely for visual entertainment, but further contemplation reveals an astute existential commentary on the human condition.” But does it? 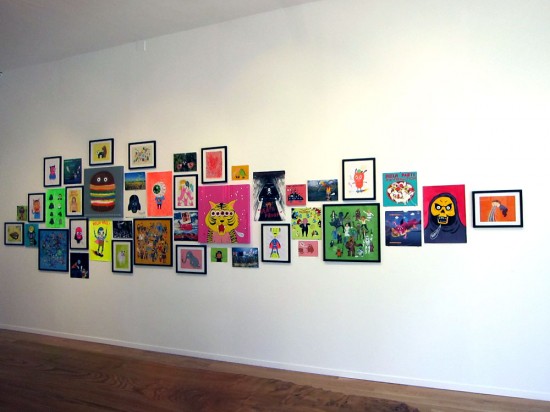 To me, game recognizes game: Paperina is a child of the 80s, raised on pop culture and dealing with Internet/information overload by making lots of art. Unlike Fouladi, I don’t necessarily see that her “absurd scope” is focused on “the current global preoccupation with the end of the world”. I mean, there is a piece that features a confrontation between Alfred Hitchcock and The Angry Birds that doesn’t appear to be going well for the filmmaker, but can’t that just be a clever pun? 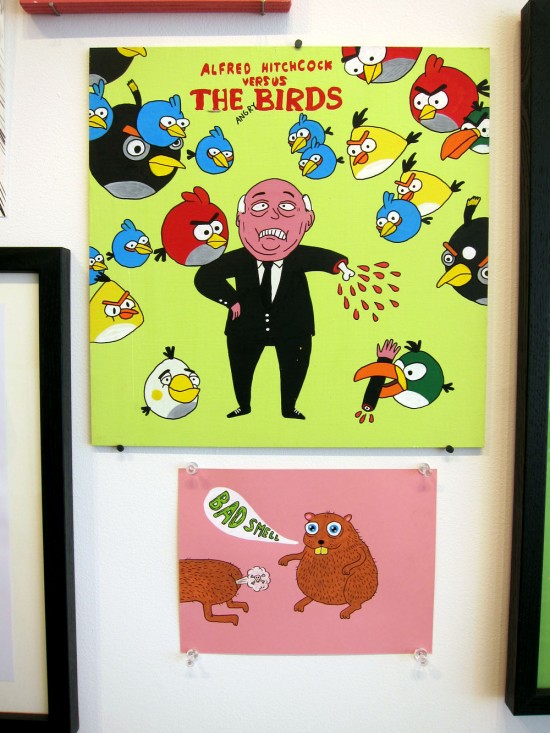 The show’s titular painting (above) can be summed up as a beaver commenting on the bad smell coming from its compatriot’s backside. That’s funny! It’s stoopid funny! And it’s cute. But it’s not a commentary on the end of the world. (I imagine woodland critters eat plenty of fiber and fart quite a bit, actually.) 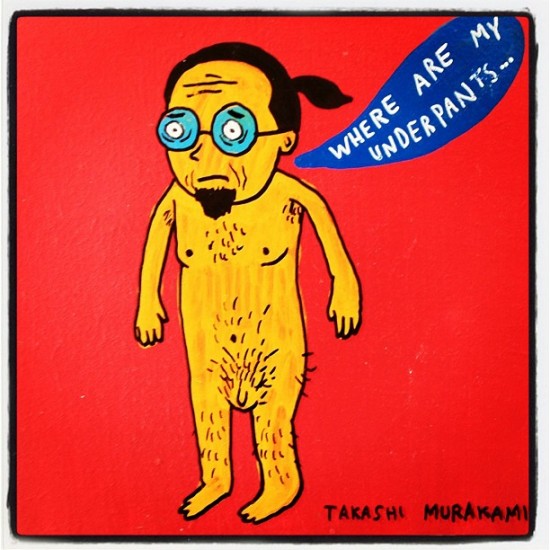 Is there a grand statement to be made in envisioning a naked Takashi Murakami? Or is it just kind of hilarious to see a famous artist exposed in a cartoony way? Paperina continues to skewer artists in Bad Smell, but not quite to the violent extent she’s done previously. Warhol, Banksy, Hirst, Basquiat, Abramovic et al are caricatured on small canvases, but perhaps out of respect for his current local retrospective, Paperina left Barry McGee alone this time. 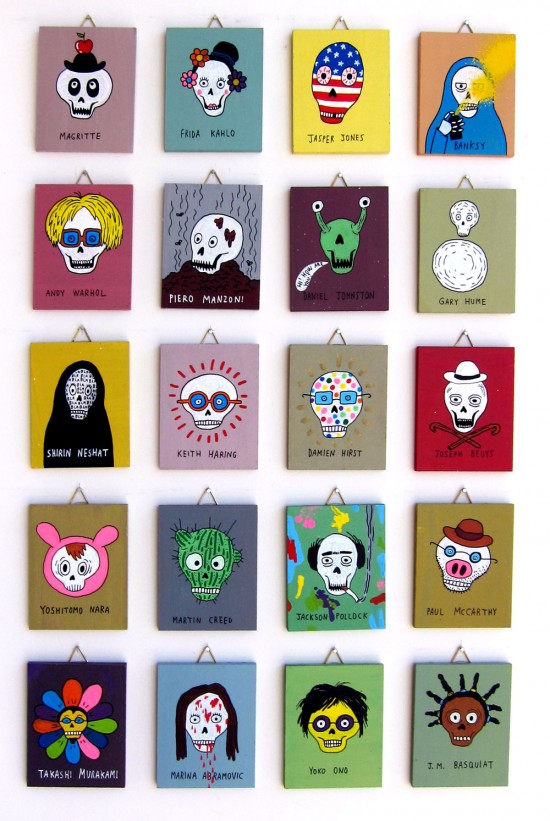 I felt very happy viewing Paperina’s art inside Fouladi Projects. It was fun, funny, familiar–and notably–female AND foreign. Pop culture art can often seem like the domain of American twenty-and thirty-something men. To that extent, it felt refreshing to see that sometimes, European women draw Satanic Spongebobs, too. (Paperina also earns props for a couple of Twin Peaks references.) Bad Smell is up at Fouladi Projects in San Francisco through October 27th. I encourage you to go check it out. (It smells fine in there. I swear.) 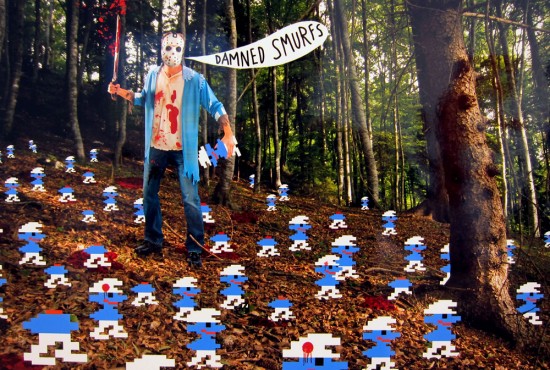 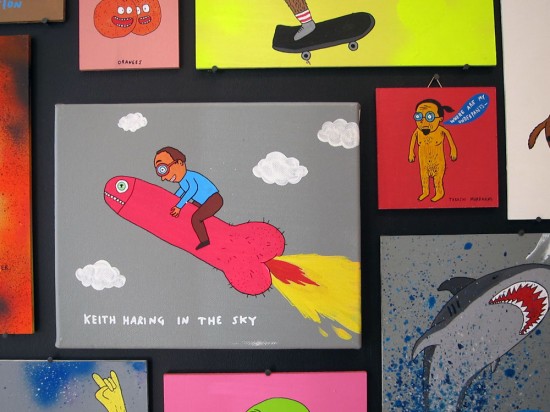 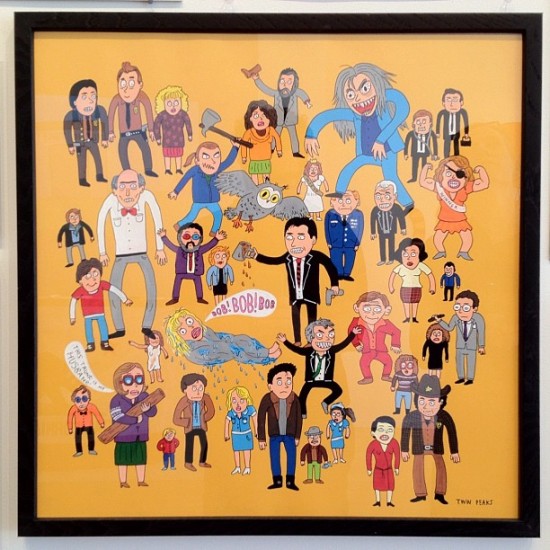 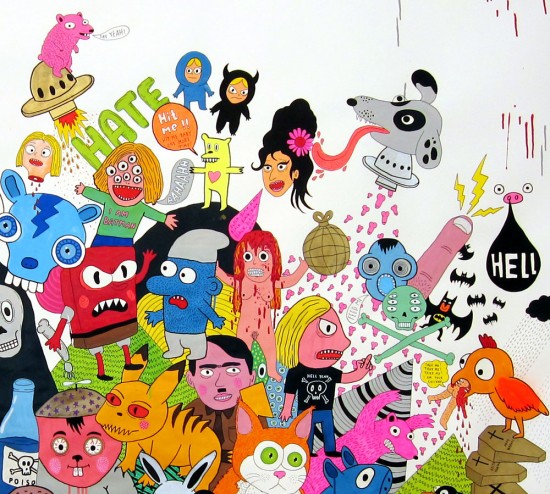 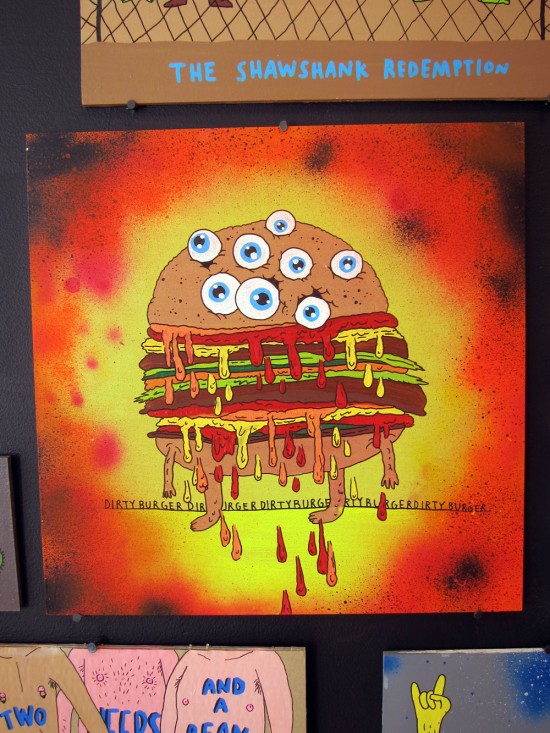 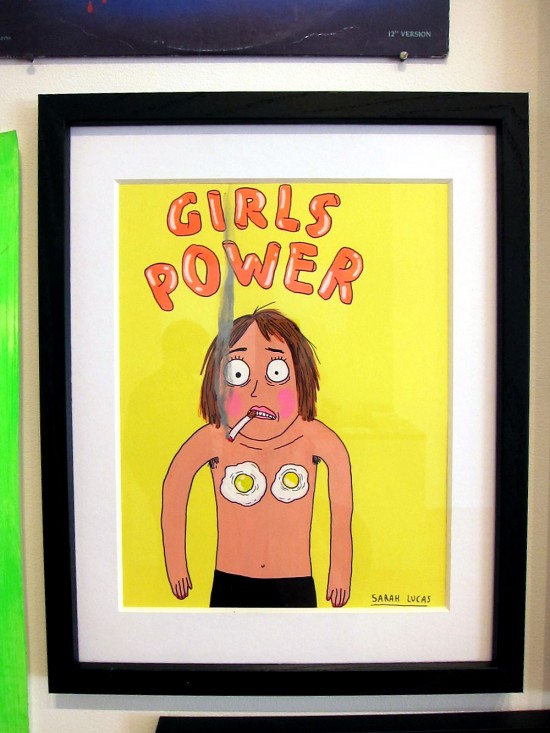 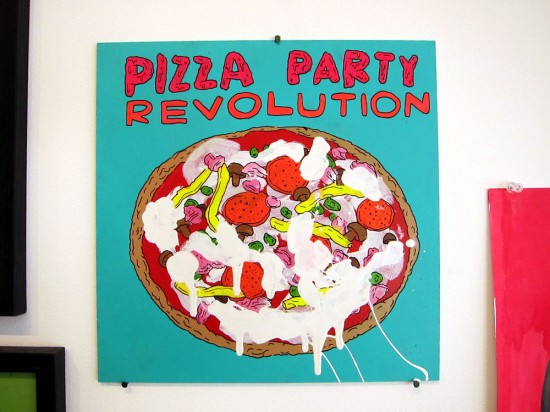 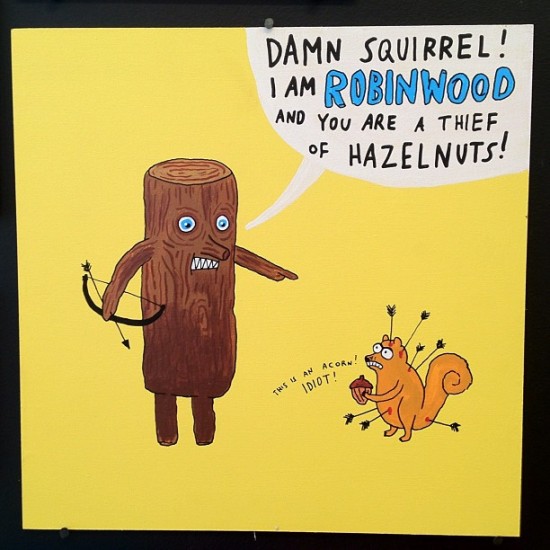 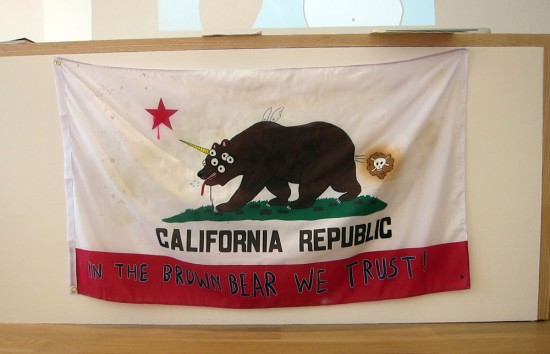