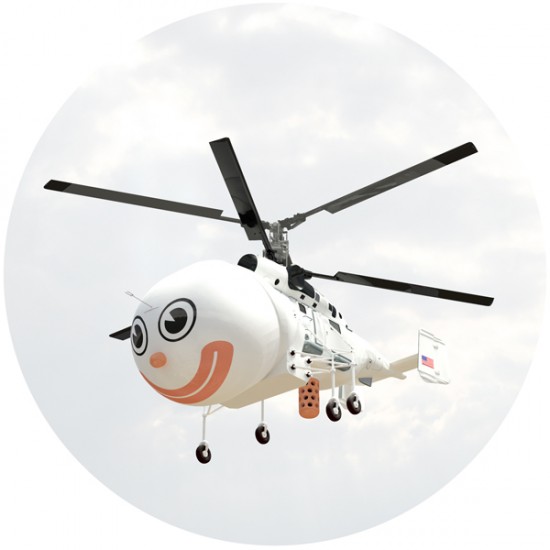 Axel Brechensbauer is a Barcelona-based designer who has come up with a plan for world peace that is more Hirst (as in Damien) than it is Hippie (as in this). I’ll let him describe it:

Killing foreign people with predator drones is history. Let me introduce the peace drone. Hovering over hostile settlements or cities playing loud clown music, smiling around and delivering clouds of oxycontin. A beautiful American drug described as a pharmaceutical grade heroin. Happy people are better than dead people, and best of all, they will be addicted to you!

If you can put aside your negative notions of Agent Orange and Vietnam Era involuntary LCD experiments, you can’t help but see the logic in Brechensbauer’s proposal. We don’t currently have a solution for war. Given the options of “killing foreign people with predator drones” or engulfing them in clouds of Oxycontin vapors, I’d choose the latter. If I was (or thought Brechensbauer) actually serious, I might try to connect him with FriendsWithYou. They definitely have the monopoly on adorable inflatables, and they happen to live in Florida, The Oxycontin Express! In reality, it’s just another, way to die. Here’s a video. 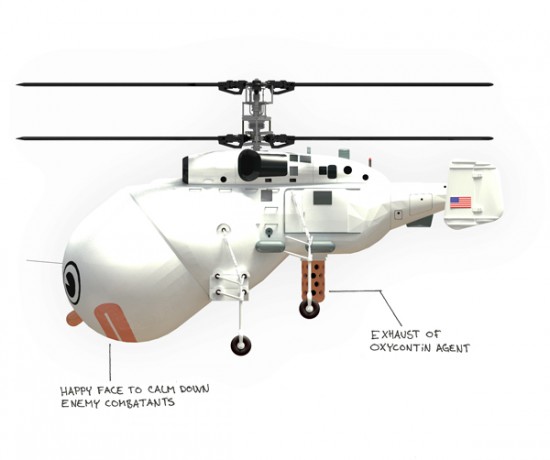