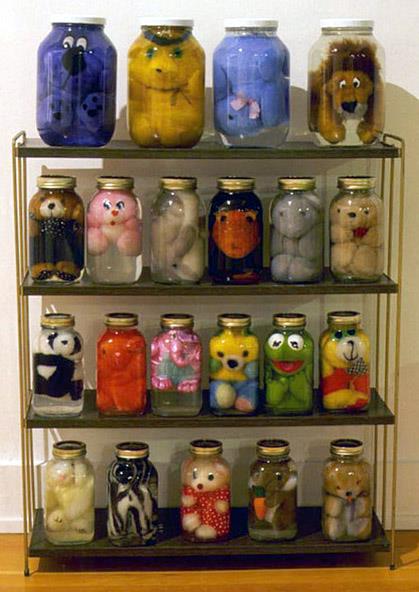 Iain Baxter& is a Canadian early pioneer in conceptual art. At the time I write this, he is 76. In 1966, way ahead of his time, he and Ingrid Baxter co-founded N.E. Thing Co. “a conceptual vehicle that viewed the art world as parallel [to] consumer culture.”

As a blogger, I’m not as interested in being the guy who publishes quick and dirty “breaking news” as I am in discovering gems throughout all eras. To that extent, the Internet is my friend, and thanks to Reddit and Canada’s Council for the Arts, I know about Baxter&’s 1999 work, Animal Preserve No. 2.

Animal Preserve No.2, is a set of industrial shelves laden with about 500 preserving jars, large ones on the bottom shelves, smaller on the top. Each jar contains a stuffed animal pickled in distilled water. One’s first reaction on seeing it is to laugh aloud with delight at seeing so many sizes and colours in such an incongruous setting. The sheer fun and magnitude of it is endearing. And then, upon reflection, come more serious thoughts: Is the word ‘preserve’ a double entendre? Is this really an animal ‘preserve’? Is this how we ‘preserve’ our fellow mammals? Is this imposing creation a fantasy, or a parable? Is this art?

I guess that’s up to the viewer, huh? 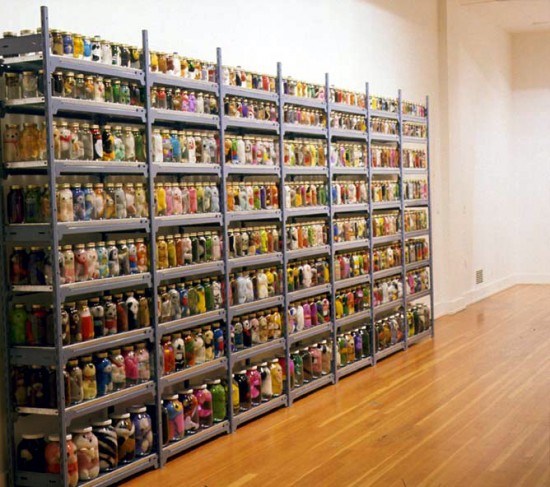 Baxter&’s background includes studies in zoology, biology, educational psychology, philosophy, fine arts and Zen. And what about that ampersand in his last name, you ask?

In 2005, Iain Baxter legally changed his name to Iain Baxter& (pronounced Baxterand), in part to reflect his fascination for the ampersand as a typographic mark but also to reflect what he values in a “non-authorial take on art production… an unending collaboration with the viewer and the means to question the artist’s role.” 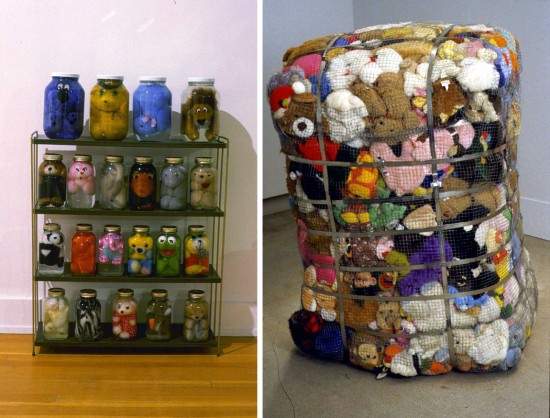