Hooray! After yesterday’s indulgent post on the complexities of cosmic Barbie, this feels like a nice balance.

I’ve written before (here and here) about Genís Carreras‘ great Philographics project, and third time’s a charm. Through colorful, minimalist graphic design and tight text, Carreras distilled deep philosophies into accessible information. What began as a student project with 24 posters became 95 beautifully illustrated philosophic theories or “isms.” Two years and six months after undertaking the self-imposed assignment, the London-based designer has emerged from his studio with a glorious visual dictionary of philosophy. 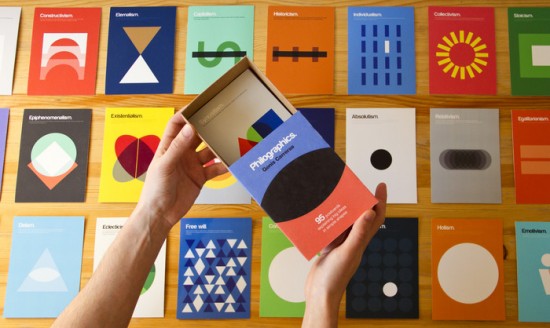 Previously available only as individual posters, Philographics is now being offered as a box of 95 postcards and a hardcover book. 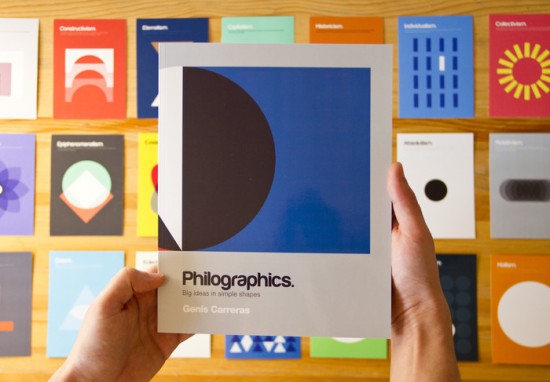 Philographics: Big Ideas in Simple Shapes is currently at more than double its Kickstarter goal of £15,000, which means the project will be funded! A pledge is now a purchase, so if you fancy the idea of learning about philosophy while looking at lovely design, show your support here. (I just did.) Congrats Genís!