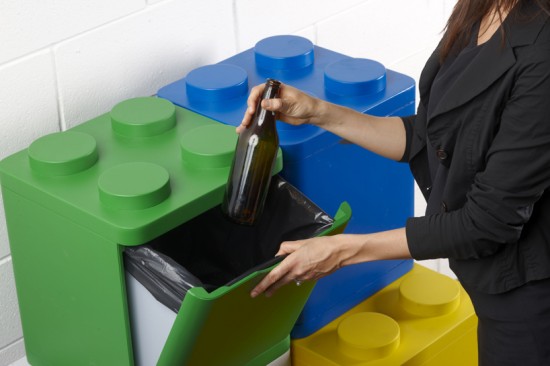 Italian design studio, Flusso Creative, is giving Simple Human a run for its (our?) money on their seeming monopoly over well-designed trash cans and recycling bins. “LECO” is the name of their playful system of storage containers that closely resemble LEGO stacking bins for recycling. 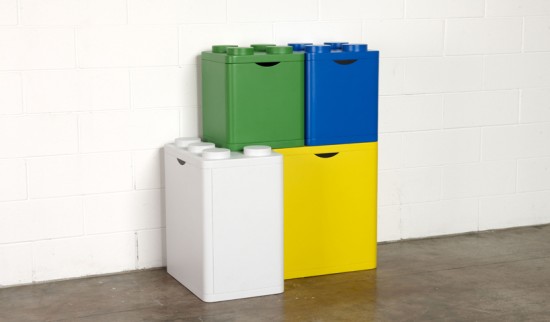 The collection currently includes four polymer boxes: two smaller models in blue and green (for aluminum and glass recycling) and two larger size containers in white and yellow (for paper and plastic). While these modules are designed specifically for the divisions and color coding of the Italian recycling system, ‘leco’ can be easily modified for other recycling programs, or used for other kinds of storage. 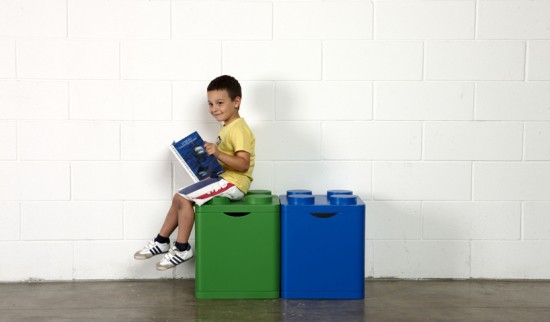 [The project results from] the desire to create, even if for a delicate issue such as environmental conservation; and the opportunity to interact with the containers in a nice way, overcoming aesthetic and formal obstacles. The result of that vision has led us to create a collector who had the power to attract people, not only because of its use, but also for its space-saving ability and the way it encourages the daily practice of collection and separation.

Is it any coincidence that “collector” is a synonym for storage bin? Collecting toys (and probably collecting anything) generates a ton of recyclable material. The item’s exterior box, the plastic inside, the blister card, the bubble, the cardboard box in which it was shipped…

You can read more about the Leco Bins on Flusso’s website. Unfortunately, I don’t know if they’re currently selling or exporting them. 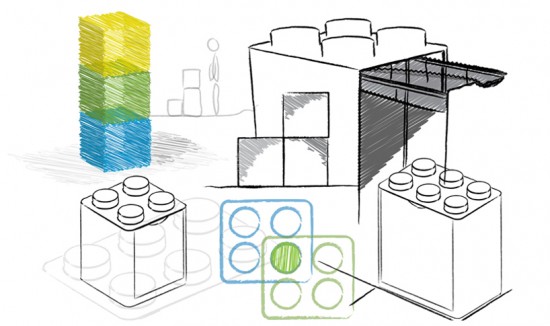 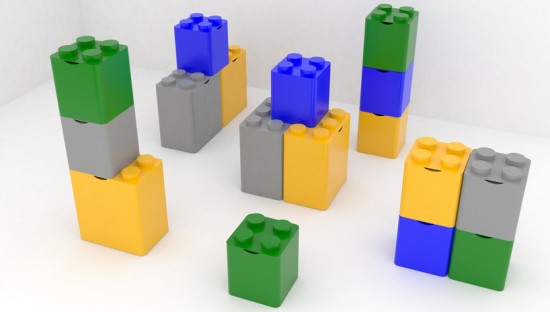 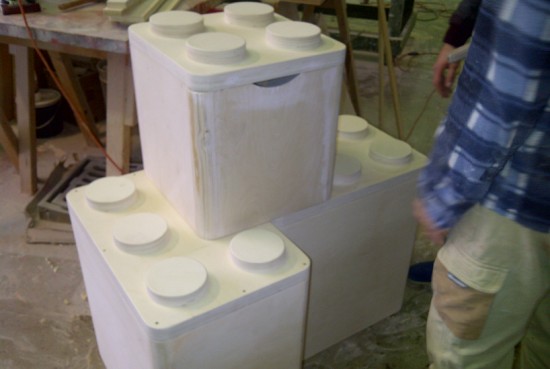