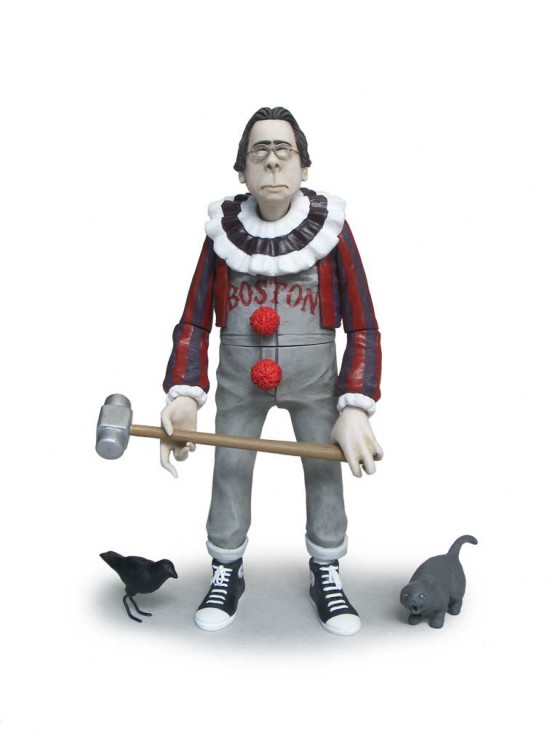 The CIA keeps tabs on Mike Leavitt because he’s building an army, and he’s doing it real quietly. Leavitt recently added horror author Stephen King to his legion of tributary action figures.  The 6-inch Stephen King action figure has 13 articulated parts with black Converse All Stars, clown suit, Red Sox uniform, removable sledgehammer, crow and demonic cat. I can’t claim to understand the significance of all those accessories, but it’s always significant when a writer gets to become an action figure!

The Stephen King action figure was a commission from a big fan, and Leavitt describes the experience as “an honor and pleasure to acquiesce to such a request.” If you’re a bookworm and can spot all 5 references to King stories in the piece, Leavitt will send you a pack of stickers. Go to his site, and email him your best guesses.