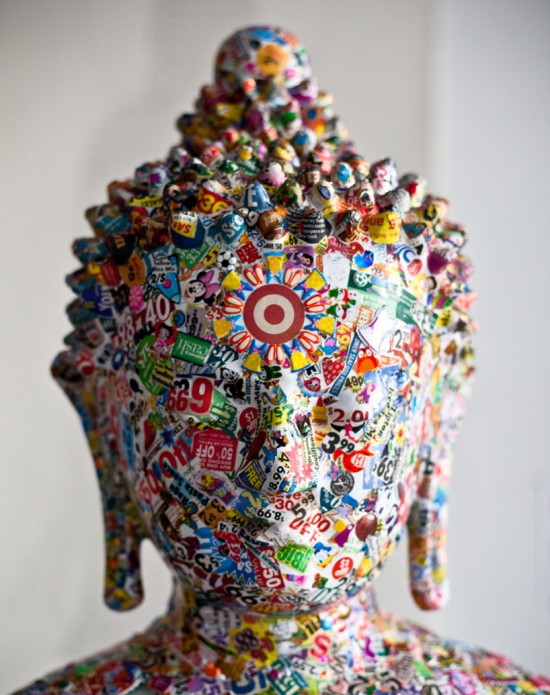 If you can make purses out of candy wrappers, why not make religious relics out of the refuse, too? (Let’s let that remain rhetorical.) When I first stumbled upon this pop culture Buddha, I wondered if it was disrespectful. But I sat for a while (cross-legged of course) pondering the piece, and it grew on me. 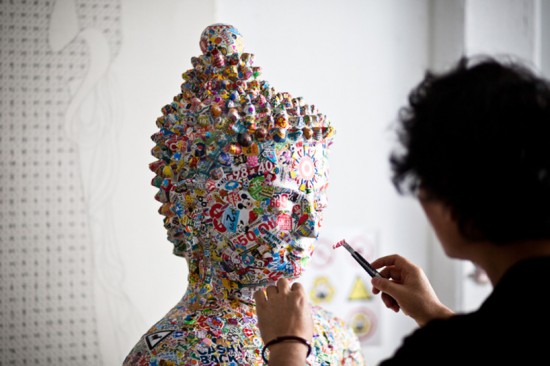 UK-based artist, Gonkar Gyatso, was born in 1961 in Lhasa, Tibet. As a young man, he lived in Dharamsala, a Tibetan exile community, and this experience informed Gyatso’s views of humanity, politics and art production. He went on to study traditional Chinese ink-and-brush painting in Beijing and later expanded his art education in London. 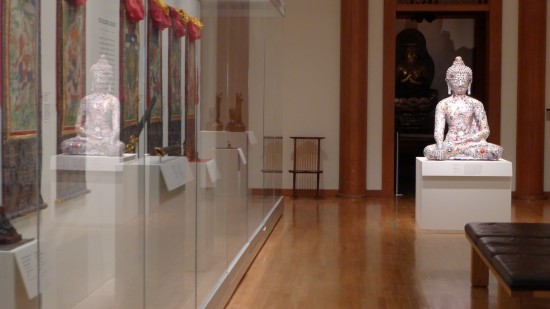 A gentle Googling on Buddhism taught me:

Paradox is a part of Zen and the teaching of Zen. A paradox nudges your mind into a direction other than the routine. It helps you disengage the rational mind and free up the intuition. It also points to a truth that cannot be rationally derived through the use of logic.

So, if you accept that one of the tenets of Zen means “being free of the distractions and illusory conflicts of the material world,” and yet you make/collect materialistic art objects, you have arrived at a paradox–which is fine because paradoxes are a part of Zen! 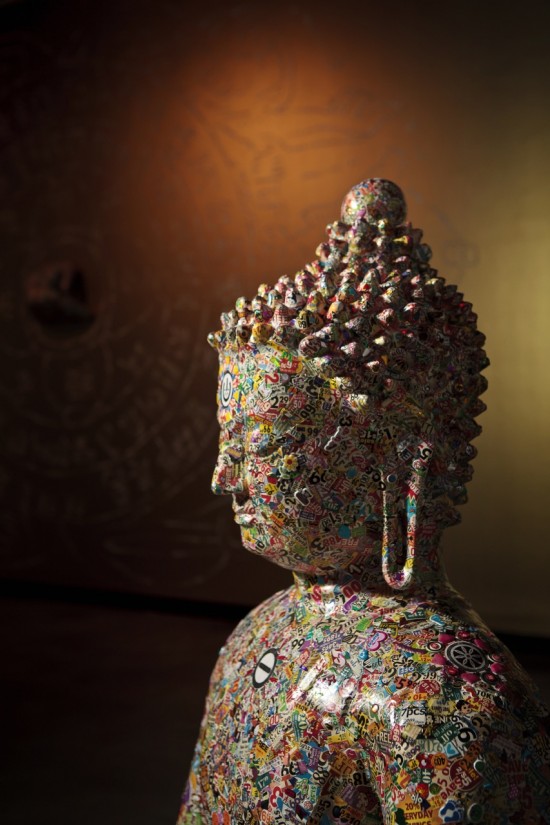 This gets to something I’ve been increasingly thinking about: I know and meet a lot of collectors. A lot. And to my knowledge, I’ve yet to meet a Buddhist collector. Collectors are by nature materialistic, and we LOVE to throw ourselves into those “illusory conflicts of the material world.” Furthermore, collectors are in a constant cycle of wanting. We are not at peace, and if we were, it probably wouldn’t end up being with an abstract entity. Acquisition provides comfort and fleeting joy. To break from that cycle is to go against nature. But is it possible? 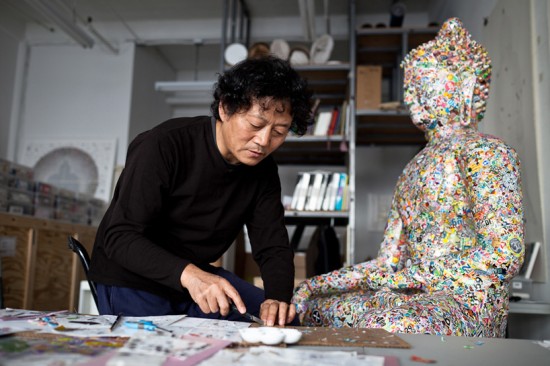 Gyatso has said: “Just as the identity of my homeland cannot be separated from religion and politics, so my own sensibility has been shaped by the undeniable bond between the two.” Gyatso comes close to achieving that elusive “collector Zen.” His pop culture Buddhas call into question what we place on pedestals, pray to and put our beliefs in. And when the sculptures are placed in traditional Buddhist settings, from a distance, they fit right in. 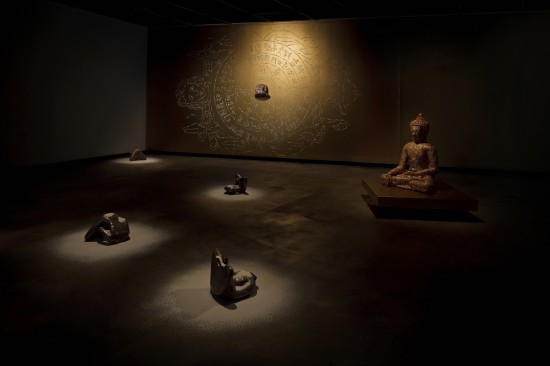 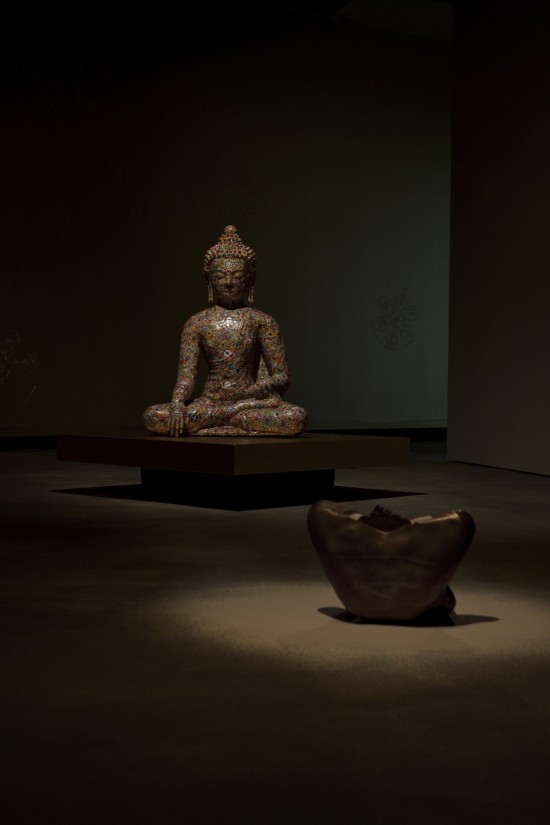 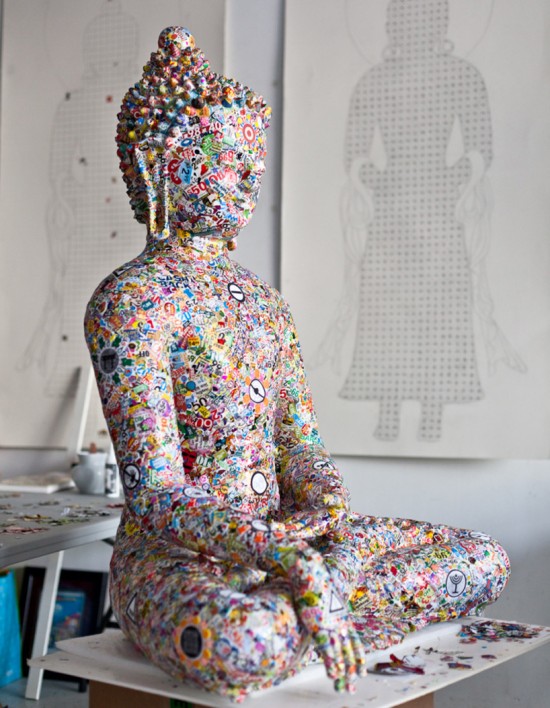 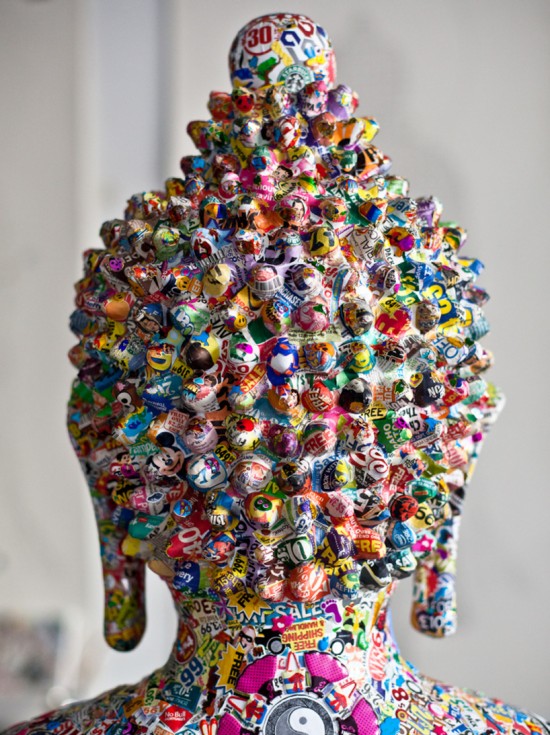 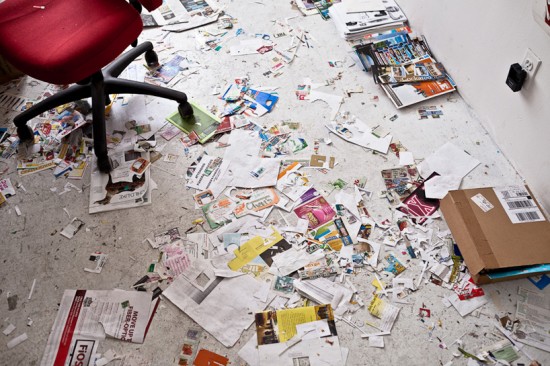 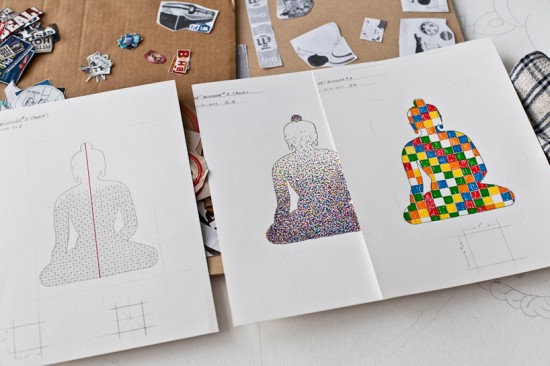