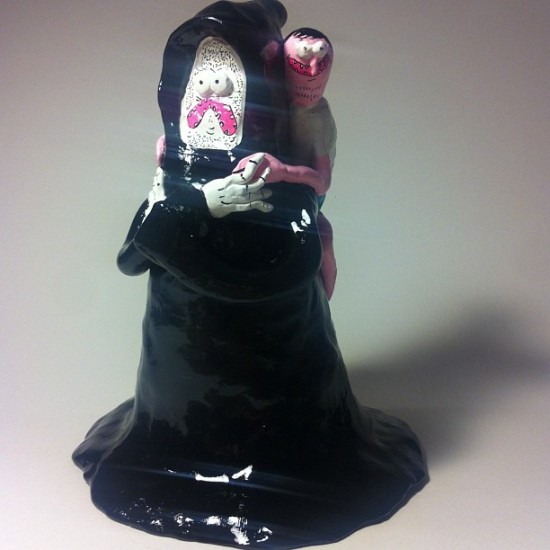 There’s nothing grim about this reaper sculpture by Jay Howell. Howell has recently taken his stretchy characters into the third dimension, and they look great. 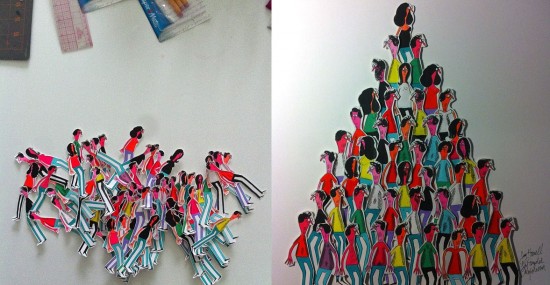 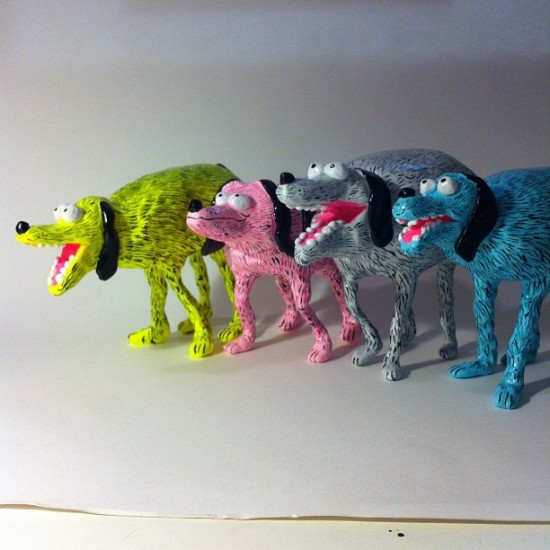 I listened to a great Mike Maxwell podcast/interview with Jay Howell from January 22nd to get more details on the upcoming show. [You can hear it here.] While Howell says his characters aren’t really based on specific people, his dog sculptures are no doubt inspired by Street Dog. Howell found Street Dog on the street (duh) as a wee puppy and nursed him back to health. 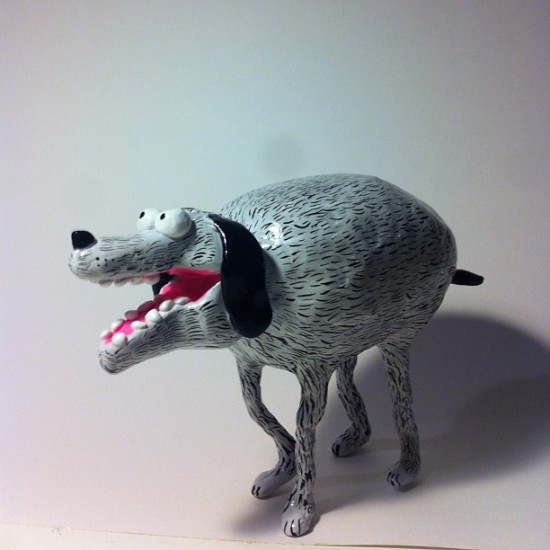 “I think a homeless guy had a shitty dog that had babies…I want to get like so many shitty, shitty dogs, but I want to find them organically on the street.”

Alternately, he could make a small street dog gang out of clay. 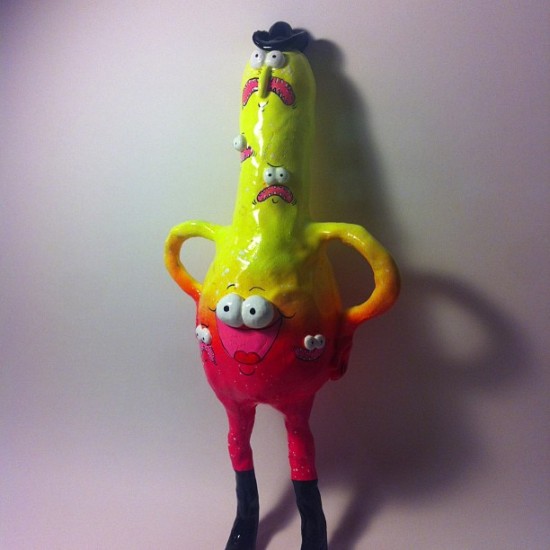 Howell posts his newest figure sculptures on Instagram as @punksgitcut, and it seems like he’s having a blast. Here’s his process simplified: “wire frame, premo sculpey, oven bake, paint and hit it with a ton of krylon crystal clear.” He says it’s “kinda hard to mold, but wicked quick fun results.” Ferris Plock, who dabbled in awesome 3D character sculptures himself, responded: “You’ve gone and lost your mind. These are all amazing.” Agreed! 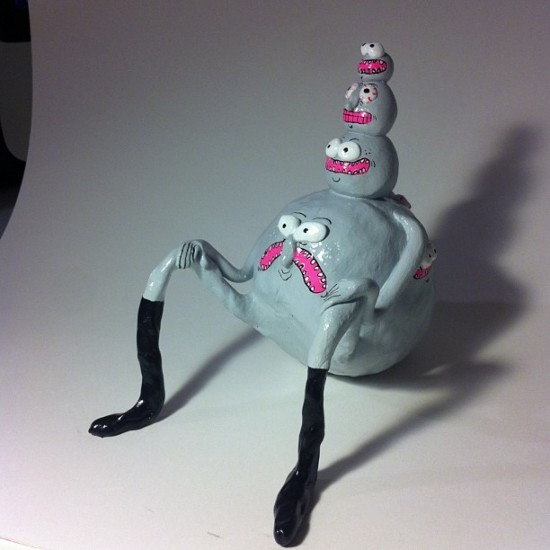 About his character process, Howell says: “Some characters just resonate with me, and I’ll keep putting them in different situations and putting other people around them.” His new show opens at Fecal Face on Friday, February 1st. There will be a reception from 6-9PM, and Howell will be in attendance. Wear your “Say Perhaps to Drugs” shirts! 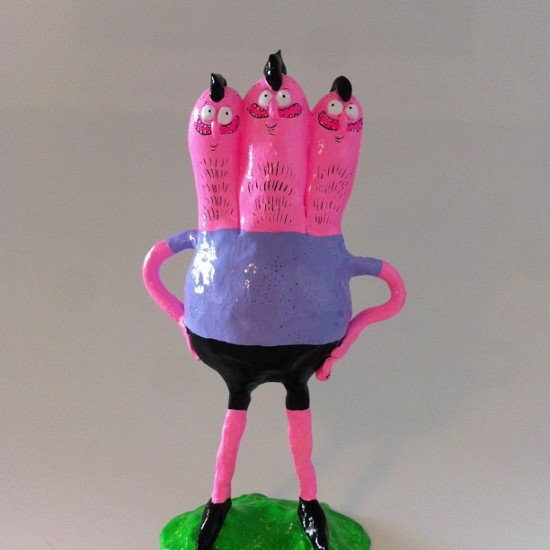