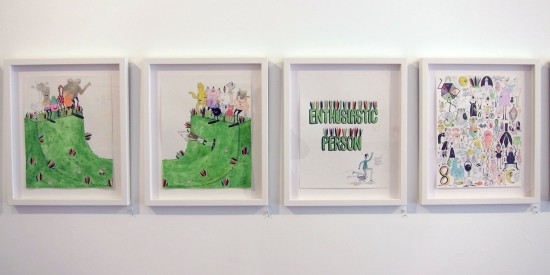 I’ve been totally enamored with Jay Howell‘s Super Sculpey characters since he began revealing them on Instagram. Lucky for me, the Los Angeles-based artist debuted the new 3D work as part of Enthusiastic Person, his current exhibition at Fecal Face in San Francisco. 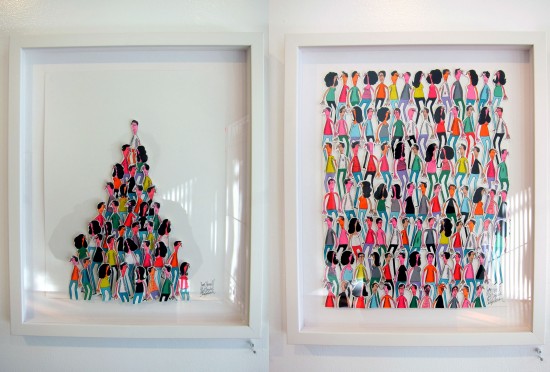 But before we get into the sculptures, let’s not skip over Howell’s great papercut people pyramid and crew of characters. Howell’s characters are tall and lanky like their creator, and his work, like the show’s title, emanates enthusiasm. 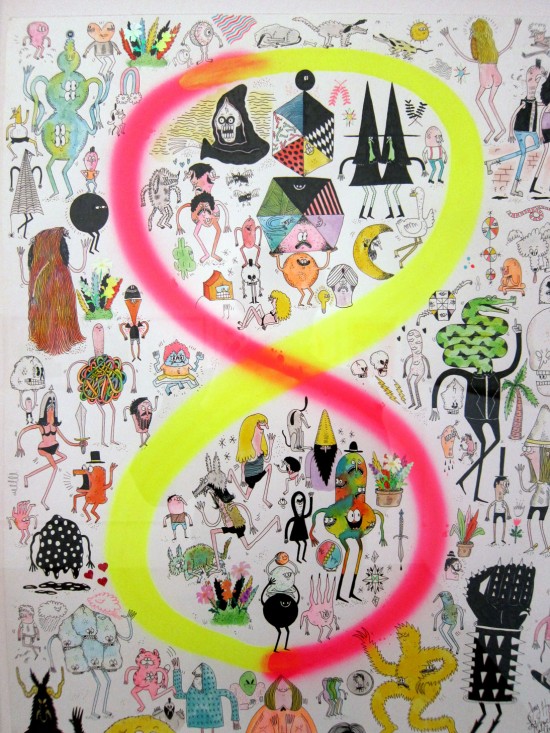 It’s just so much fun to look at: It’s loose and lowbrow, but with recurring characters and interconnected events. Howell has defined his own universe–and you can feel his joy as creator by looking at the art. 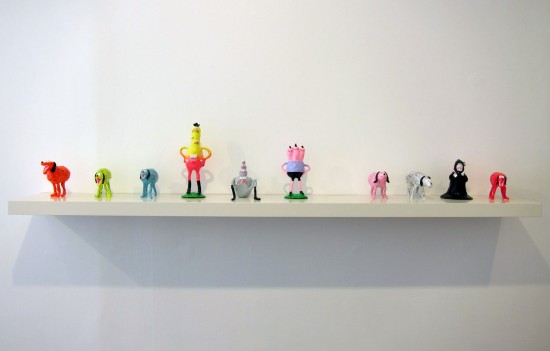 Which brings us to the sculptures! Howell used Sculpey (clay), wire (armature) and paint (color, duh) to transition his characters into the third dimension. Six of the ten Jay Howell sculptures (above) are based on Howell’s Street Dog, who can be seen in real life in these photos from Enthusiastic Person‘s opening night reception. 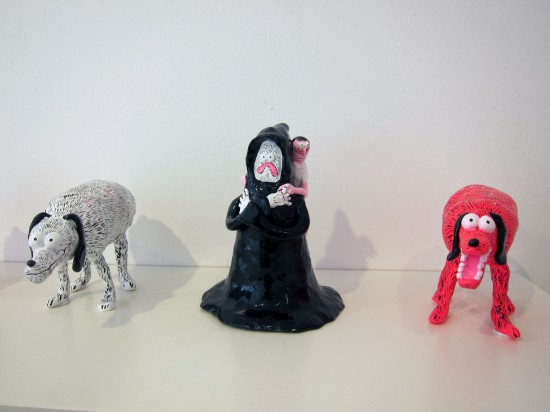 The figures were bigger than they looked online–at least 6 inches+–and all unique one-offs. Priced at $300 each, all ten sold out opening night. 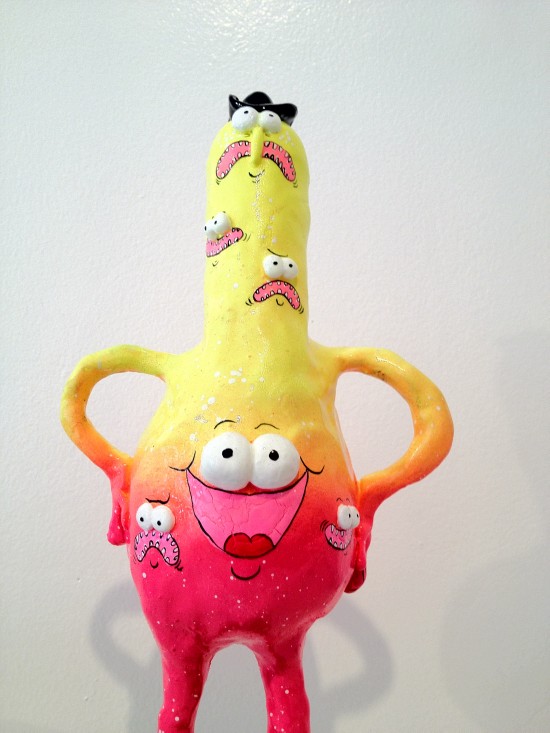 But good news: Howell is already back at it! Since the show’s opening, he’s made a new blue reaper, a glossy white guy and a black Space Egg with bloodshot eyes. This past weekend, he started the sorcery that will turn two balls of tin foil into two more street dog sculptures. 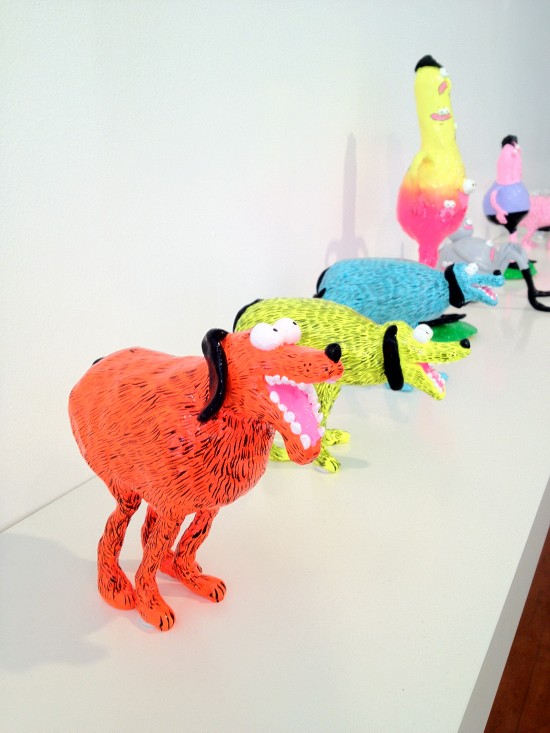 Also: Fecal Face founder John Trippe told me the gallery will have more Jay Howell sculptures available to collectors in a few months. I’ll keep you posted…after I secure mine! Click through for more from Enthusiastic Person. The show runs through March 2nd at San Francisco’s FFDG. 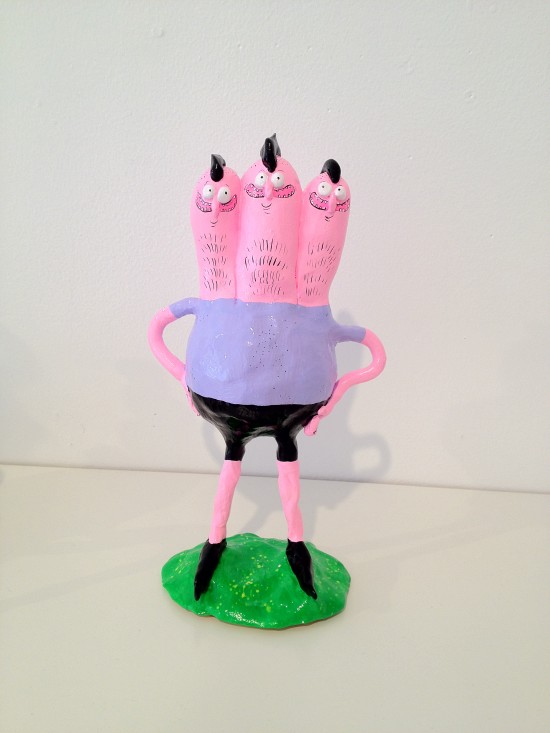 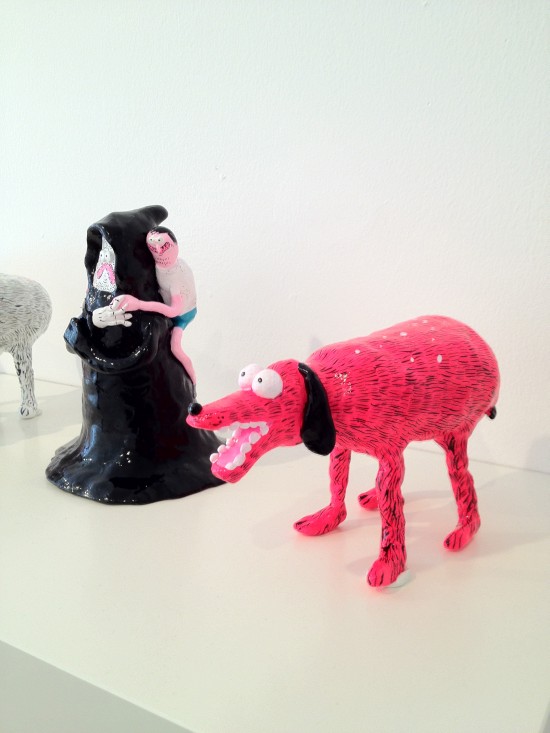 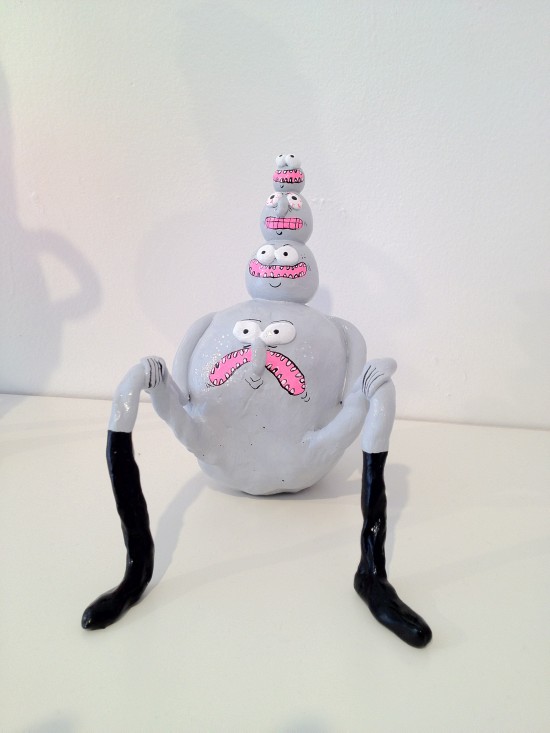 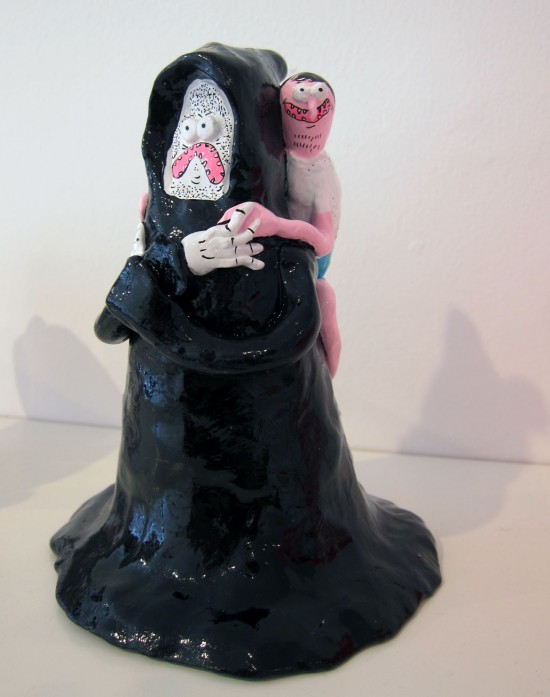 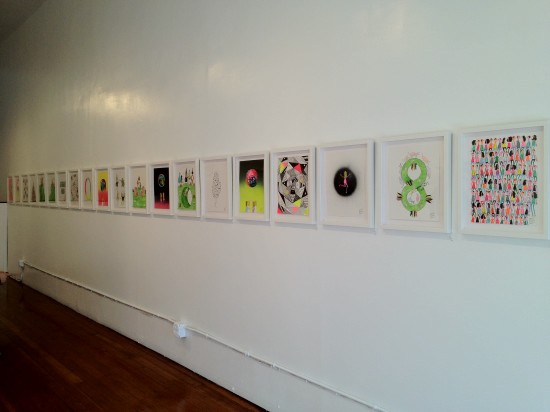 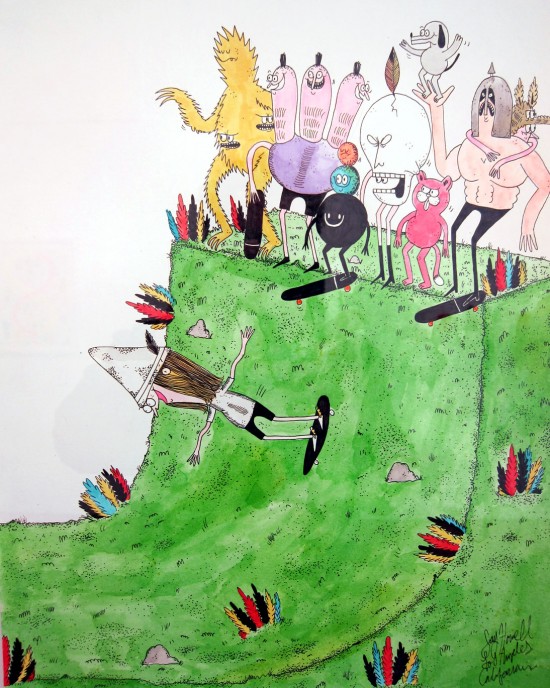 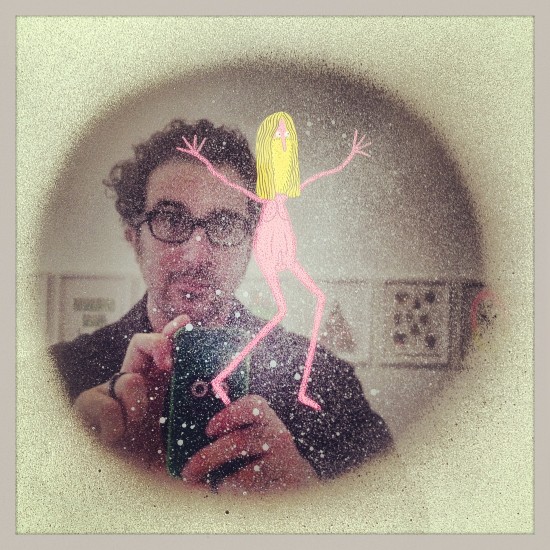