Remember these Art History Snow Globes by Ligano/Reese? It turns out their experience with the familiar shaky-flakey domes is considerably more “global” than I’d initially thought. First, they made John Ashcroft snow globes in 2001. Then came the FUCK snow globe that got a smile out of art critic, Jerry Saltz in 2004. With more than 300 FUCK snow globes out in the world, the duo challenged themselves to make the Deadly Sins Snow Globes #1-7 series in 2009. At the time, they debuted the Greed globe first and said, “We can’t think of a better way to end ‘09 than by shaking it up with each one of the seven deadly sins.” 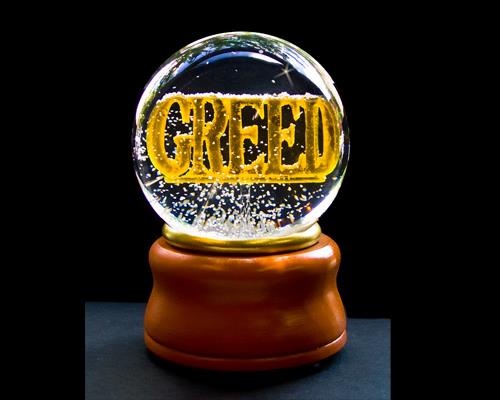 It’s now the end of 2011. History doesn’t repeat itself or anything, does it? 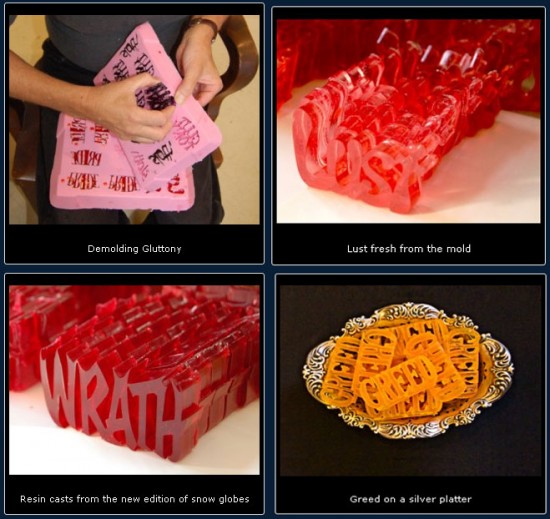 Deadly Sins #1-7 is a hybrid project, using computer design with hand-cast resin sculptures. The casts are designed in Illustrator, and a laser cutter is used to make the masters for the molds. Ligano/Reese design the typefaces themselves to reflect the character of the sin. The seven sins measure 5 1/2 inches high with a 3 3/4 inch wood base, and a 4-inch glass globe. They’re available as a group or a la carte for $125 each here.