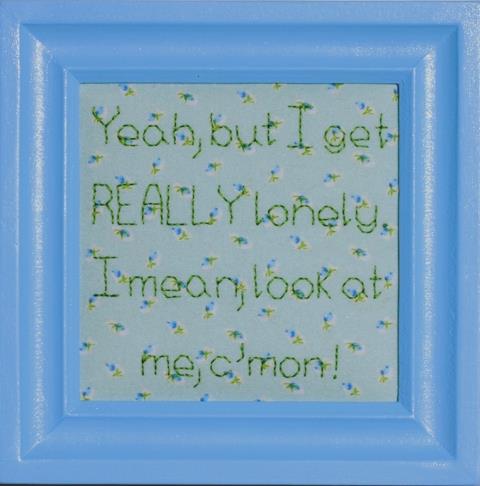 Mackenzie Boetes embellishes everyday objects like pillow cases with embroidered quotes from movies. Her work points to “the complicated intersections between our hopes and desires, the choices we make and their consequences, and the resistance and/or acceptance of the limits of reality”. 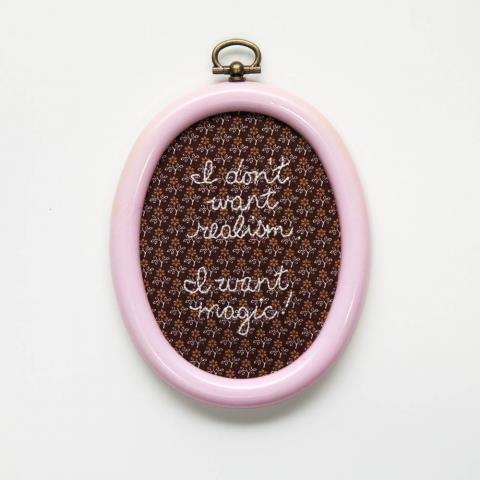 Viewing her works together, you definitely get a sense of those themes. Boetes doesn’t choose her film sources for their legacies (see The Cable Guy), but rather for those moments of almost casual desperation. There is a recurring thread of not knowing what we want or who we are throughout the pieces that seems more relevant than ever. 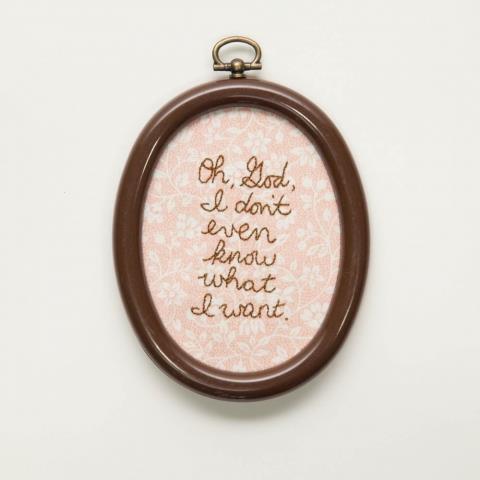 Click through for a few more embroidered works by Mackenzie Boetes, including a quote from the band, Bauhaus! 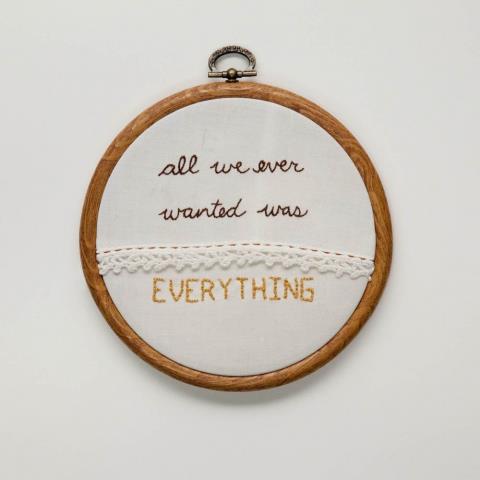 "All we ever wanted was EVERYTHING" - Bauhaus (2012) © Mackenzie Boetes 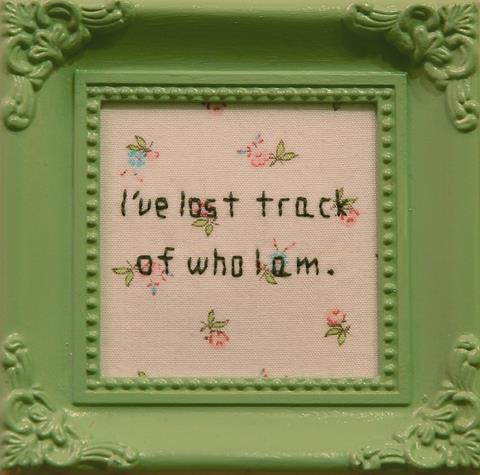 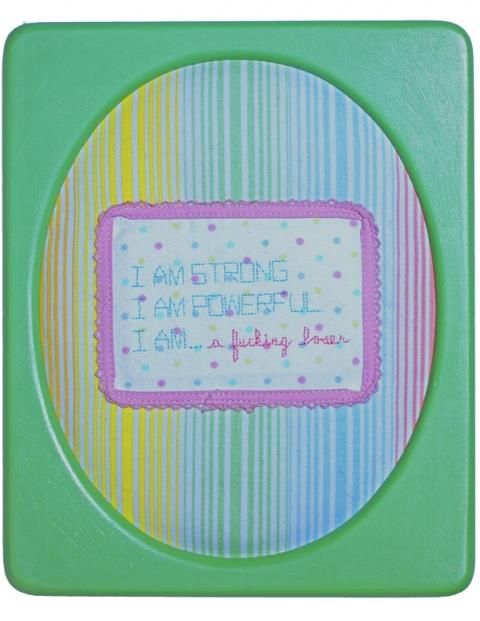