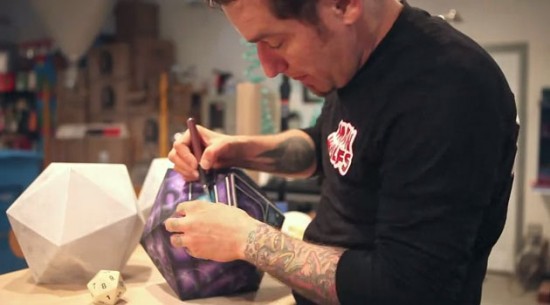 San Francisco’s own Dirty Donny Gillies will take you on a Vantastic Voyage. (It’s OK for you to get in his van; it’s not creepy because he’s Canadian.) On February 25th, Donny will open a new solo show at Copro Gallery in Santa Monica. He made the work over the last 8 months inspired largely by customized vans and 1970s sci-fi/fantasy.

Of special interest to object collectors (and nerds), Donny will also be debuting his meticulously hand-painted and metal-flaked, 20-sided dice. If you’ve never seen metal-flake paint in real life, it really is quite a sight to behold. Even if you’re the non-showy, no-glitter type, you will likely be impressed by the caliber of Donny’s technique. In the past, he’s applied it to drum sets, guitars, helmets and several pinball machines, including this one, which is being loaned by Metallica to Copro for the Vantastic show. 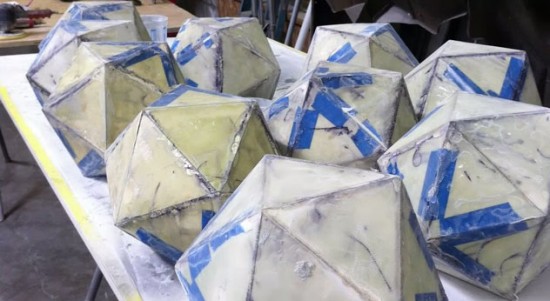 It’s wild how we’ve come out the other side of the whole “geek chic” thing into what can only be described as “full-blown let your D&D flag fly”. I’ve known about the 20-sided dice for several months, and a little dragon told me you might see an edition of scaled down Dirty Dice in the coming months… Stay tuned, and go see Donny’s show if you’re in Southern California! 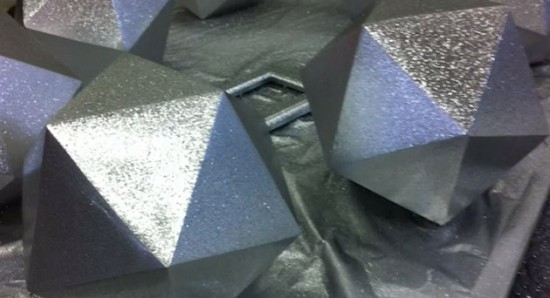 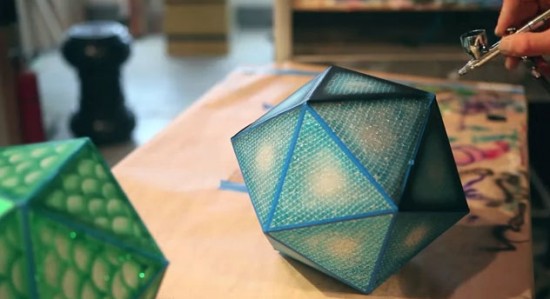 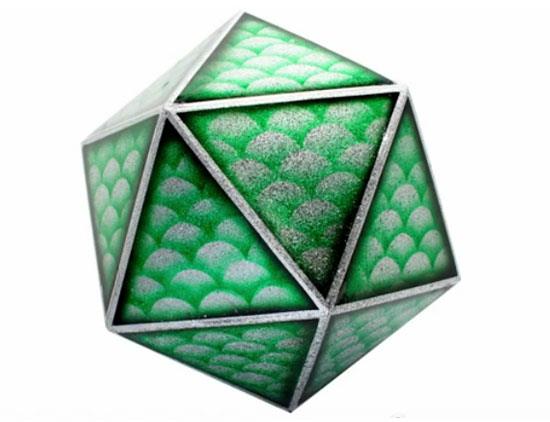 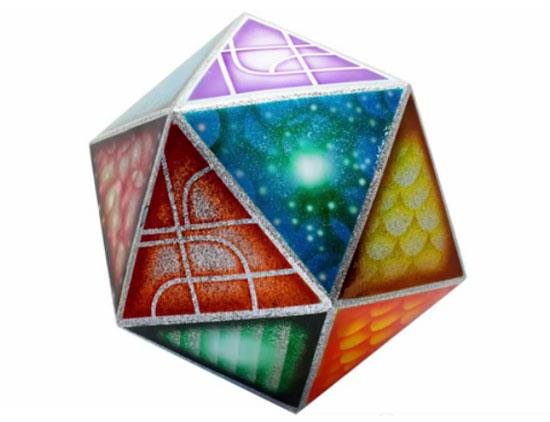 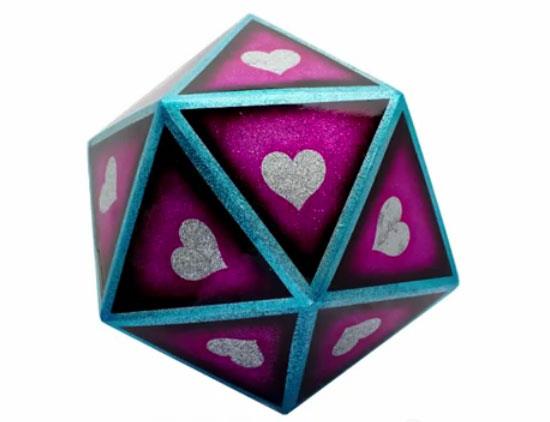