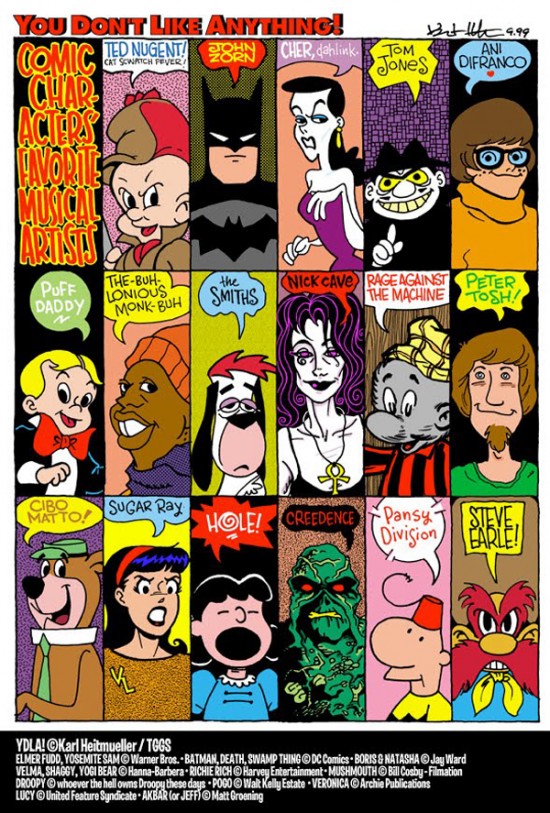 This is such a great idea. Cartoonist Karl Heitmueller Jr. speculated what would be in heavy rotation on the iPods of classic comic book and cartoon characters. Actually, the project, which has four installments thus far, dates back to 1996, so we’re probably looking at Walkmens. This might explain why Richie Rich is namechecking the artist who now goes by P. Diddy, or why no one under the age of 30 understands the connection between Velma and Ani Difranco. That said, the majority of these still hold up. OF COURSE Alfred E. Neuman digs the Squirrel Nut Zippers, naturally Marvin the Martian enjoys Man or Astroman, and who ELSE but The Dave Matthews Band would loosen that ascot of Scooby Doo’s Fred? 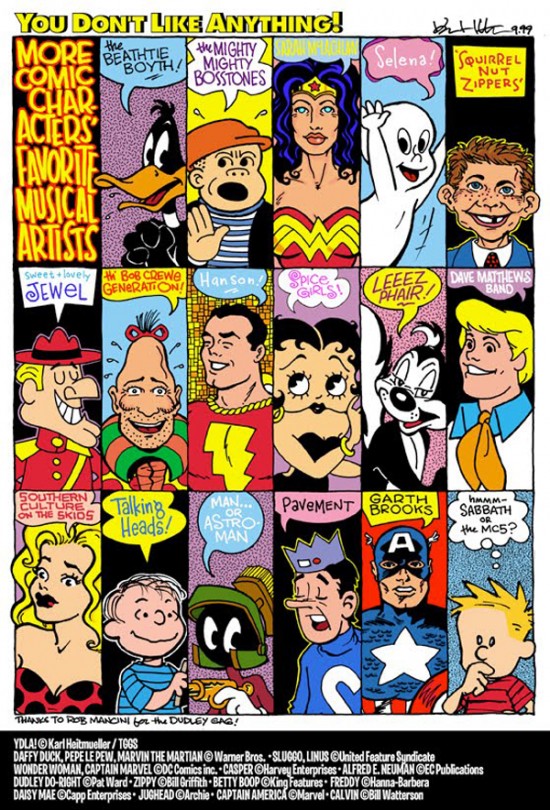 Heitmueller is coming out with a book called Collector’s Edition: Confessions of a Pop Culture Obsessive-Compulsive. The book “tries to explain the collector’s mentality, and posits that loving STUFF may not be such a bad thing after all”. Based on the title and the objective, I’m already jealous I didn’t write it, and I look forward to reading it. Finally, if you like the superhero music mashups of Cliff Chiang, check out Heitmueller’s interpretations, like this classic B-52s album or this 1999 illustration of Superfriends. Fun stuff. Click through for more. 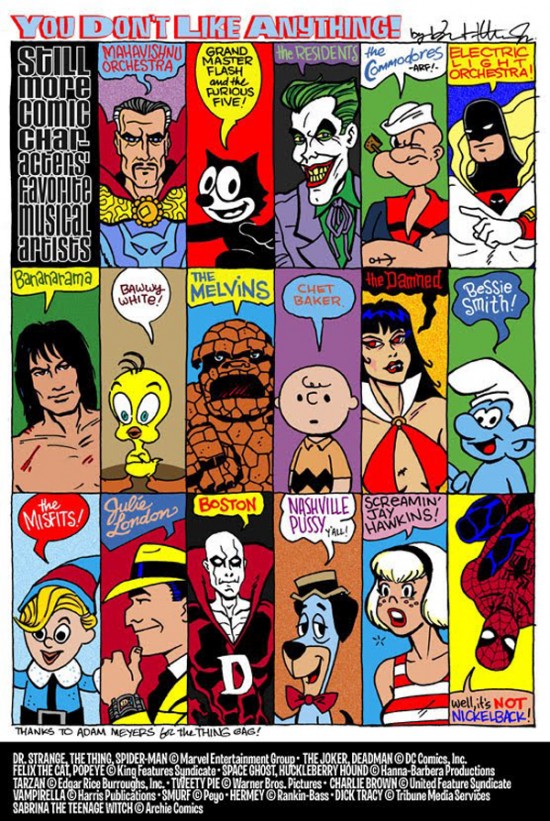 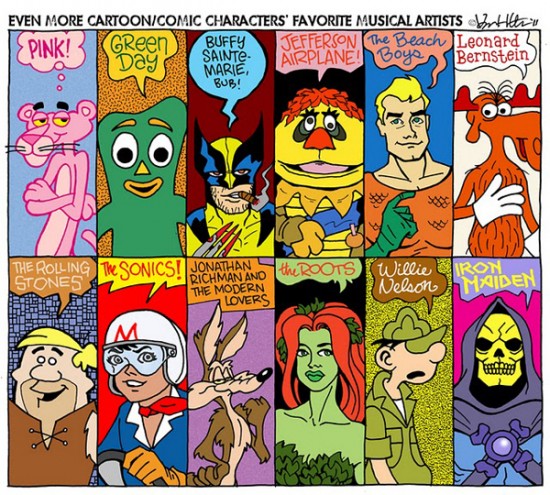 [via Flavorwire through Lost at E Minor]