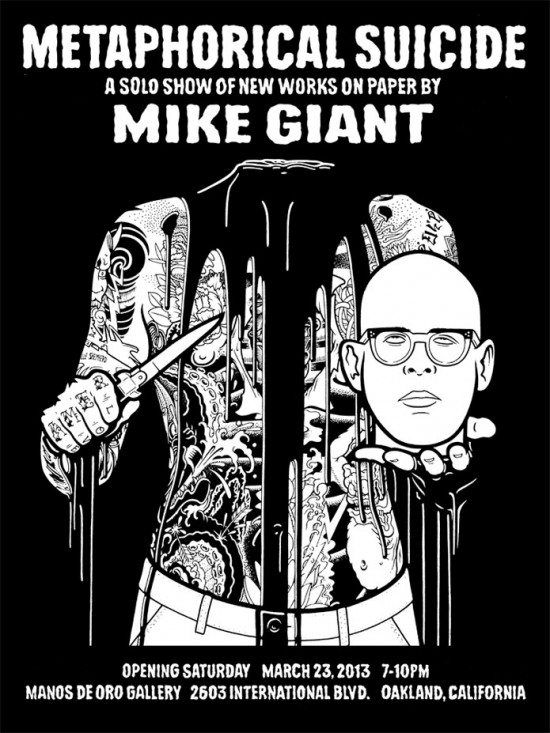 Local graffiti and ink art legend Mike Giant came to East Oakland for the inaugural show at Paco Excel’s new Manos de Oro gallery. Entitled Metaphorical Suicide (though the writer in me is compelled to point out that a mural on the back wall read “Metaphysical Suicide”), Giant’s stark illustrations were thematically connected by symbols of self-inflicted death. 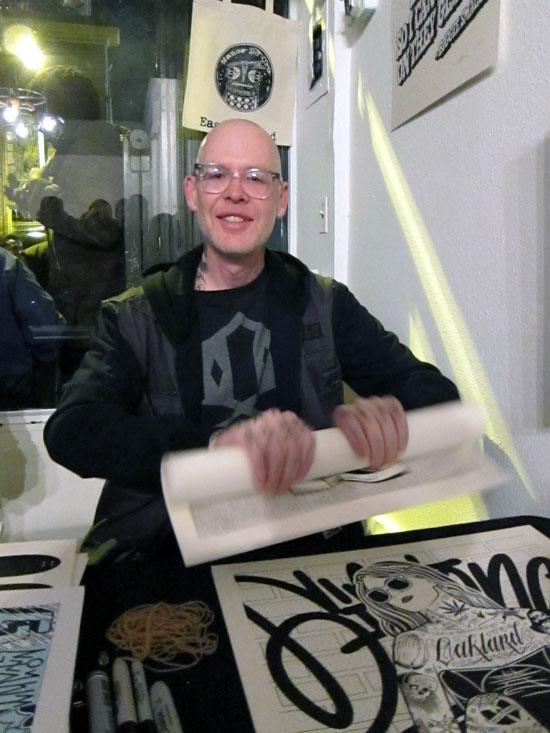 Fast food, desire, pop culture, drugs, women, money, greed, loneliness… but as the saying goes: what doesn’t kill you makes you stronger. As Giant blogged: “2012 kinda sucked for me, so I’m hoping to get my mojo back in 2013.” 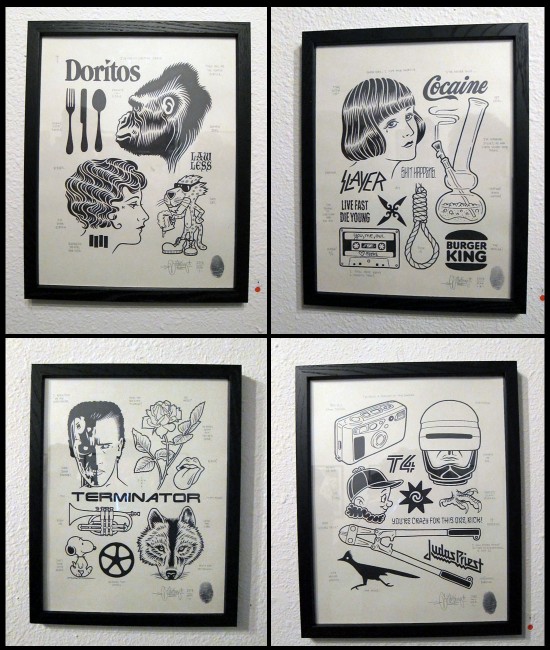 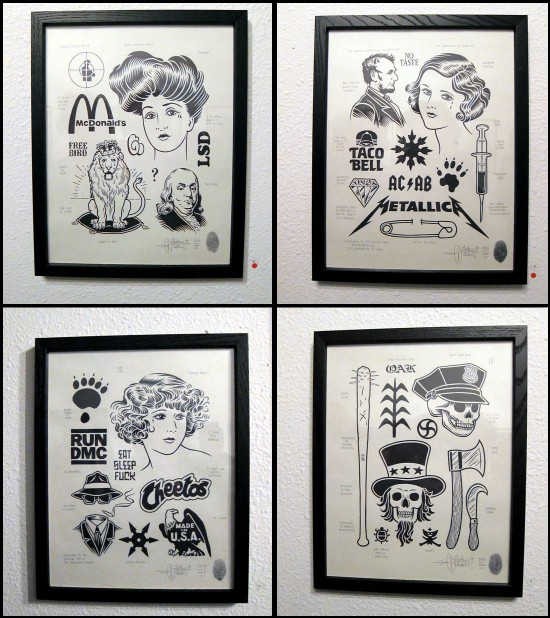 Click through for more Metaphorical Suicide, and if you’re around 26th & International in Oakland, look for the unmarked new gallery spot, Manos de Oro. 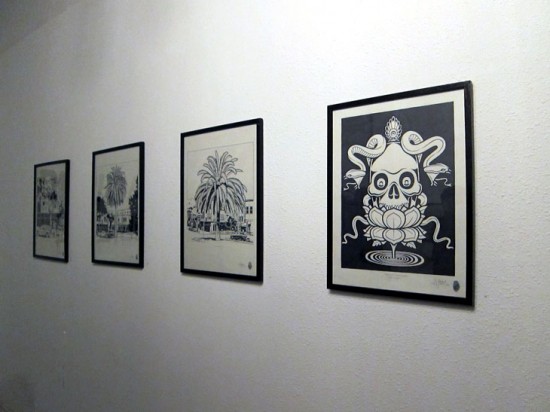 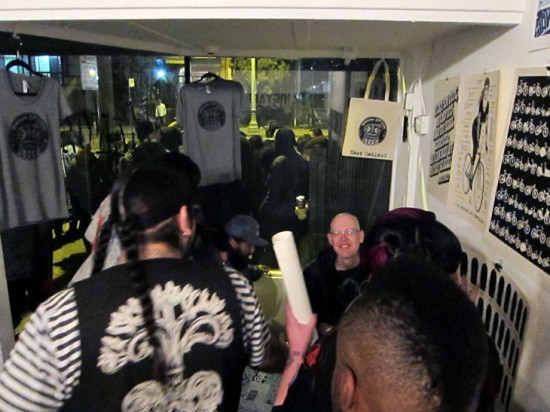 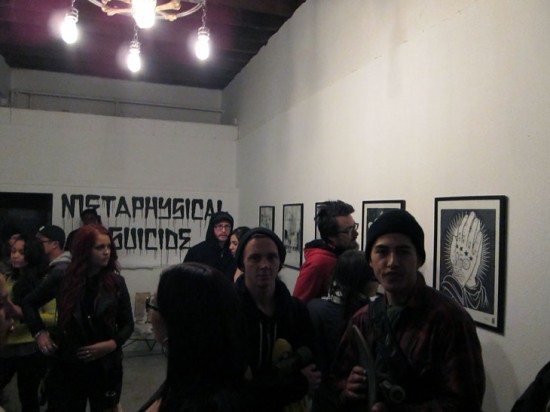 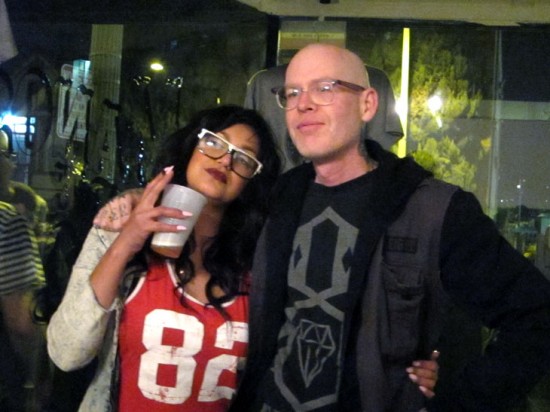 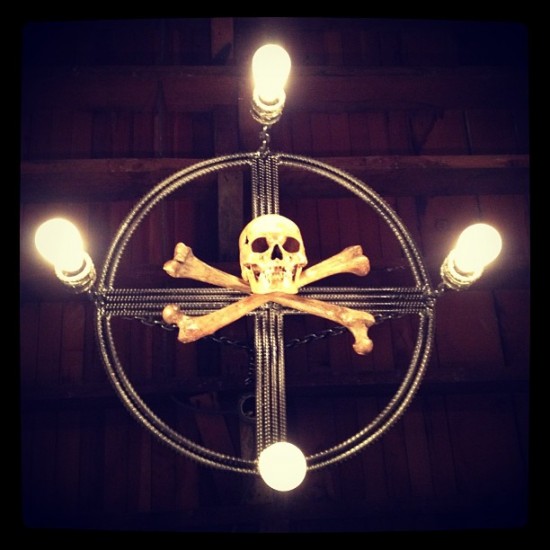 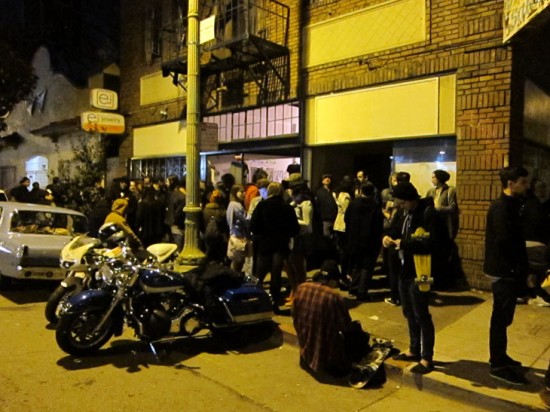