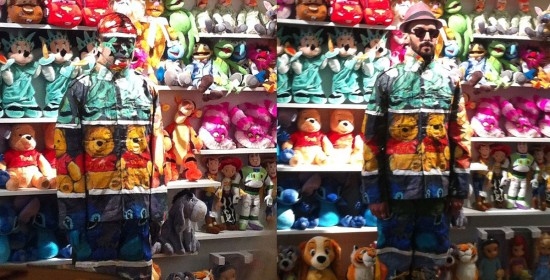 Liu Bolin aka The Invisible Man usually has himself painted head to toe to blend in with his surroundings. Today, however, Bolin directed his assistants to paint JR into a background of a wheat pasted photo. The photo was one JR had taken earlier of Bolin. The disappearing act took place in full view of hundreds of fans, photographers and passersby amidst the sunny, springlike streets of Soho. 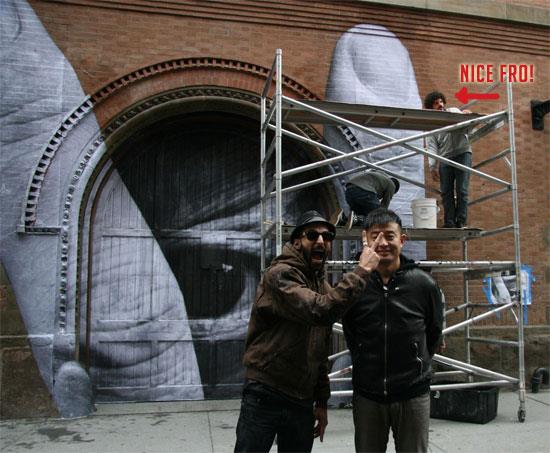