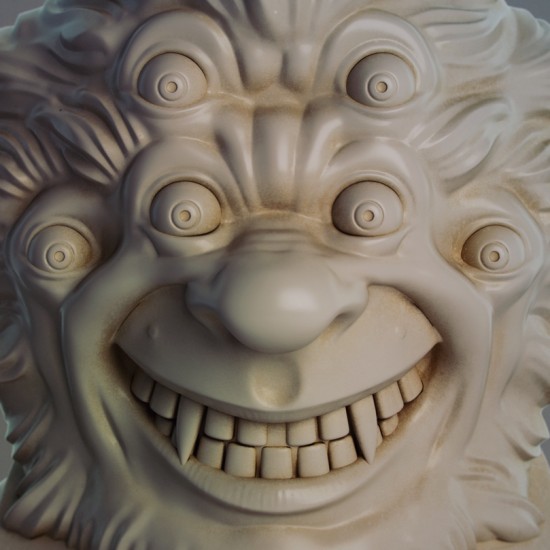 Some people had given up hope that the Travis Louie Uncle Six Eyes bust would ever get to see the light of day (through all six of his eyes). As one of the first art multiples by the fine artist, it seemed to be caught in some sort of production black hole. When it showed up two years ago at SDCC, hope was renewed, and then…nothing. 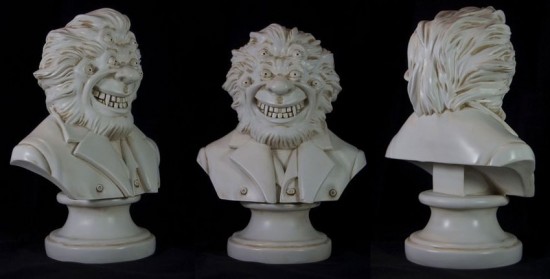 Like those smoke-and-mirrors tricks where a magician saws a maiden in half, Travis Louie Uncle Six Eyes got the chop. The figure is now a bust, and I mean that in form, not in judgment. Sculpted by Scott Wetterschneider of Shinbone Creative (formerly of Bigshot Toyworks), the bust appears to have an incredible amount of detail. (Peep Louie’s original painting below to see what the sculptor was up against.) 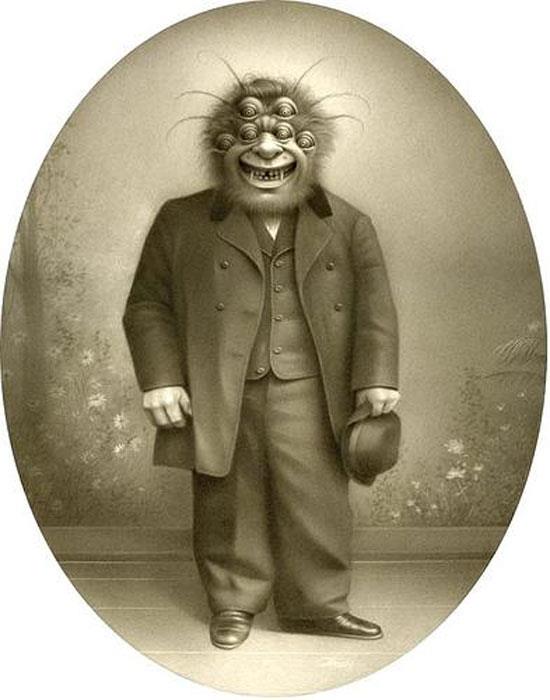 Uncle Six Eyes is a true “art multiple” or “art toy”. It’s a 3D sculpture of an artist’s 2D character. For the many people who can’t afford an original piece by Travis Louie, Uncle Six Eyes is an amazing deal at $120. It’s also a call to action: buy artwork created by and endorsed by the artist not some cheap etsy ripoff…

The bust is limited to 150 pieces in white and 25 pieces in black. The black version will only be available direct from Travis himself, while the white will be available in limited quantities from William Baczek Fine Arts in Northampton, MA and online RIGHT NOW directly from Shinbone Creative HERE.