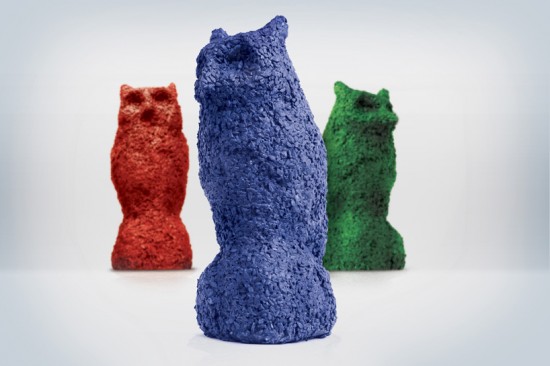 Canadian artist and designer, Craig Alun Smith, has discovered a way to feed our feathered friends AND make the street art world a little bit more whimsical and a lot more colorful. You could pretty much say, he’s ‘killing two birds with one stone,’ though given the specifics of this project, that would be in bad taste. 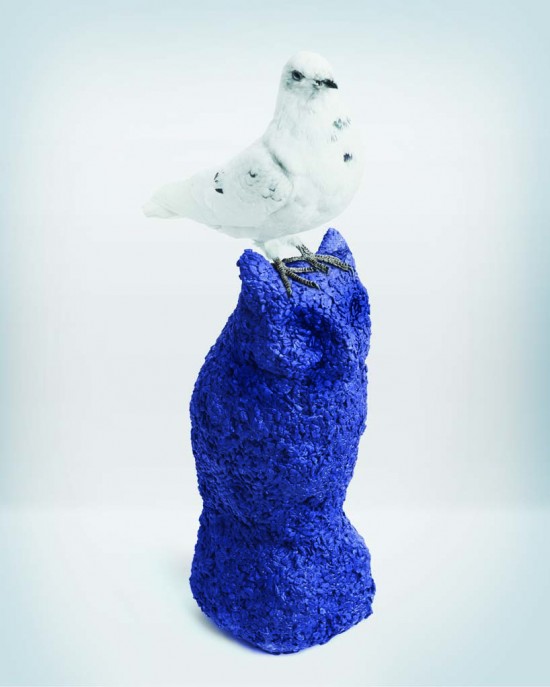 And rest assured, nothing tastes bad about these papier-mâché-like owls, which are made up of a bird-enticing blend of seed, suet and food coloring. Smith calls this LuvOwl and writes:

The concept of LuvOwl is simple, birds eat the Owl, and then bright colours “appear” around the city – true public art!

He chose the form of an owl because owls are “commonly but ineffectively used as a bird deterrent”. (Also: HOO doesn’t like owls?) LuvOwl uses an RGB color scheme because “in theory, seeds from different colored owls combined in the birds’ gizzards should produce a broad array of colors”. 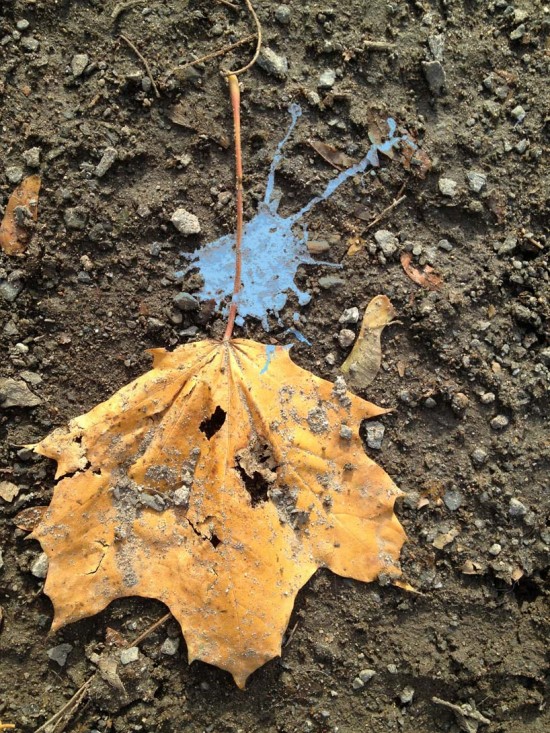