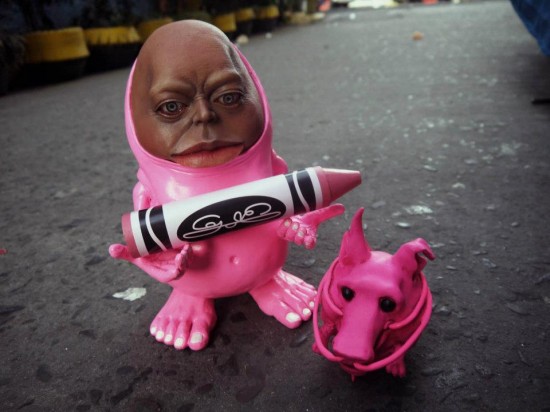 Flabslab in Singapore is releasing the final edition of Bjorn Calleja‘s beloved and polarizing Color Bringer. People seem to either adore or deplore The Color Bringer; their discomfort due to its rotund fleshy nudity and realistic facial features. I, however, firmly reside in the adoring category, and the green Color Bringer I adopted from Calleja’s SecretFresh show is one of the highlights of my 2011 year in collecting. 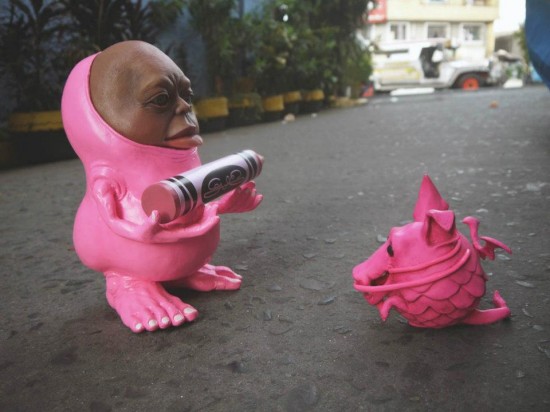 Alas, all good things must come to an end, and this pink edition of The Color Bringer shall be its last. Because it’s the Year of the Dragon, the Color Bringer now comes with his friendly pet dragon (and an oversized crayon). The edition of 20 resin figures is priced at $250 USD each. Ten figures will be released in Calleja’s native Philippines and the other ten in Singapore. Would-be collectors are encouraged to drop Flabslab a note of interest here. 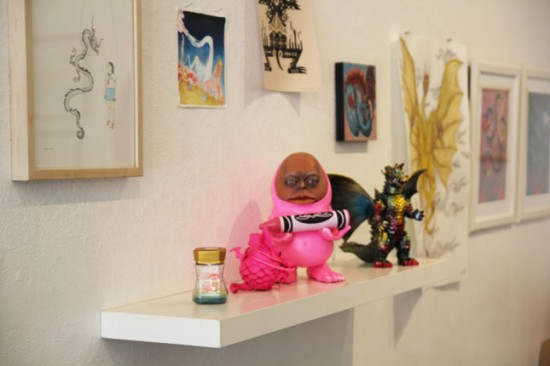 Let’s say you don’t want to deal with overseas shipping. Well, there’s one Pink Color Bringer still available through Giant Robot’s Year of the Dragon show. You’ll spend $400 on this guy, but maybe you could think of it as being a benefactor to a shop/magazine/gallery that’s played a big roll in the community? Maybe? 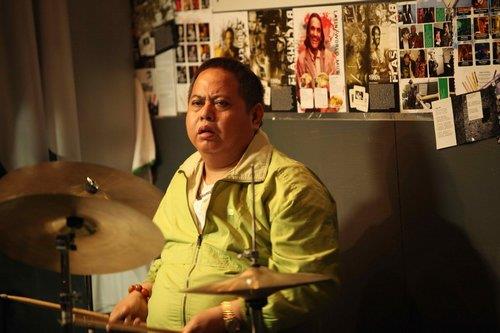 Finally, this is one of those crazy-separated-at-birth kind of things. Vince of VTSS Toys spotted a likeness between Calleja’s Color Bringer and a person who I *think* is a Taiwanese comedian. The resemblance is uncanny! I asked Calleja about it and he said The Color Bringer isn’t based on anyone (“I draw from my head”), but he definitely sees the commonality. He thought it was pretty funny, but also felt a little badly because he acknowledges that The Color Bringer is a bit weird looking. Ha! Who IS that guy? Check out Vince’s blog post here. And stay tuned for Calleja’s next toy project.