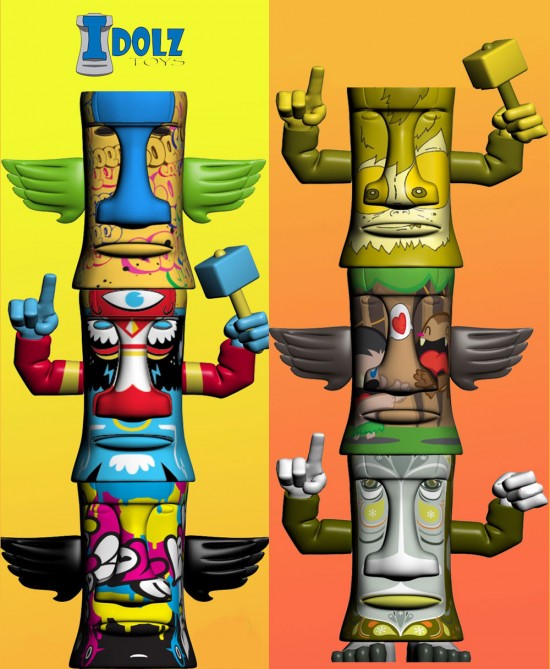 Idolz Are Stackable, Wearable, poseable and interchangeable urban designer action figures. Inspired from the famous Easter Island Moai, GRUNTOR is the first of his kind, limited to 3,000 worldwide!

Too bad there’s no DTA for “most random series” because this one really does switch it up. You’ve got artists from the US mixed with designers from Argentina, Japan and New Zealand. There’s graffiti guys combined with character designers. While that’s not unlike the Bic Buddies series, that platform was at least a more “urban” (if you will) shape. Whoever thought COPE2’s tag belonged on a tiki is definitely thinking outside the box… 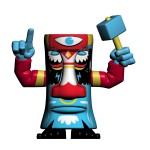 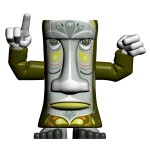 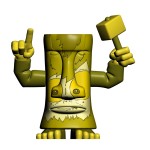 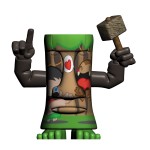 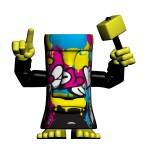 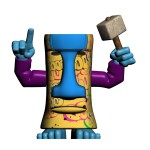 I have so many questions! How big are these? Are they vinyl? How exactly are they wearable? Why is the “W” in wearable capitalized? Is “urban designer action figure” oxymoronic? Is 3000 pieces truly a limited edition? Will people buy collectible toys based solely on renderings without seeing the actual goods?

Each figure costs $17.99, but you can get one free if you buy two. You can pre-order them here. [tip from Benny Tenacious]