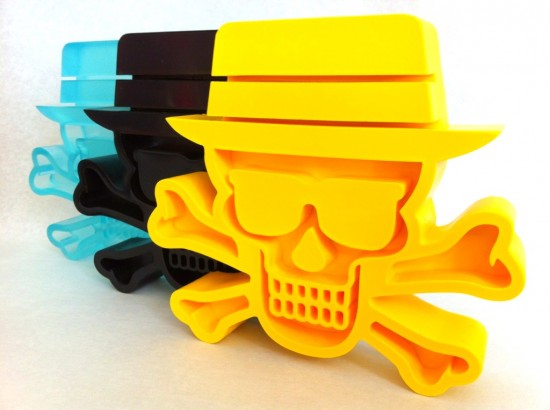 You win, LA, but just for tonight. “Breaking GIFs,” a conceptual art project inspired by the AMC TV show, Breaking Bad, opens in just under two hours. The exhibit is organized by Gallery1988, the people who brought us 2009’s TV-inspires-life-inspires-art “Lost Underground Art Project,” and doors at their Melrose location open at 7PM. I’d be remiss to tell you that the gallery’s walls will be decked with pop culture-infused art by G1988 regulars (including Travis Louie) because there will be no “gallery walls”. What what? 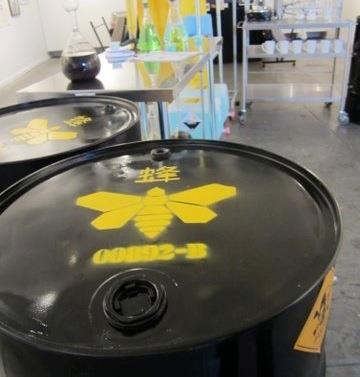 Sometime recently, my favorite fabricators, Pretty in Plastic, entered G1988 in a covert and clandestine reverse hazmat operation. Which is to say: girls in pink overalls turned an art gallery into a scenic meth lab. Their “Super Lab” installation is based on the central plot/dilemma of Breaking Bad, and fans used to watching Walter White work on TV will be rewarded by Pretty in Plastic’s attention to detail. 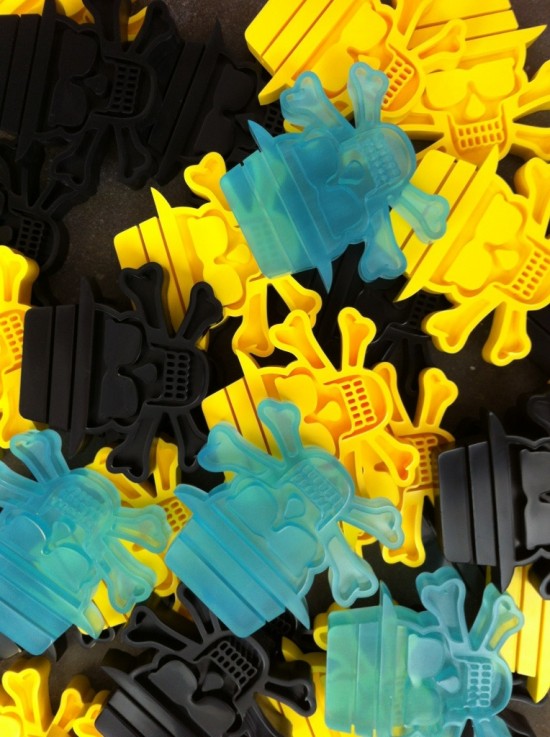 As if having an excuse to act like a tweaker with absolutely no repercussions isn’t fun enough, Tristan Eaton, designed a limited edition Heisenberg Skull and Crossbones just for the event. You might recall the Heisenberg design from this interview with Eaton and Vannen‘s sold-out Breaking Bad-themed wristwatch. Tonight, the Heisenberg Skull makes its debut in 3D. 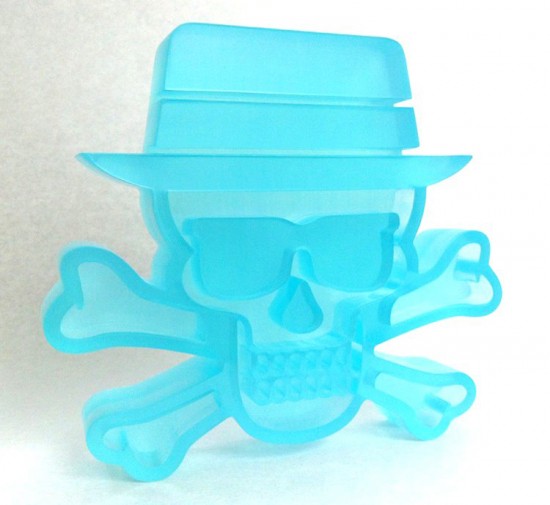 The signature skulls were cooked up in the Pretty in Plastic laboratory, located in Los Angeles. They look fabulous and flawless, and they’ll be offered for sale at Gallery1988 tonight in three editions: “Hazmat Yellow” (40 pieces, $100 each), “Black Lung” (40 pieces, $100 each), and “Blue Sky” (20 pieces, $125 each). If any Heisenbergs remain after the evening’s festivities, the popjects will be made available online. 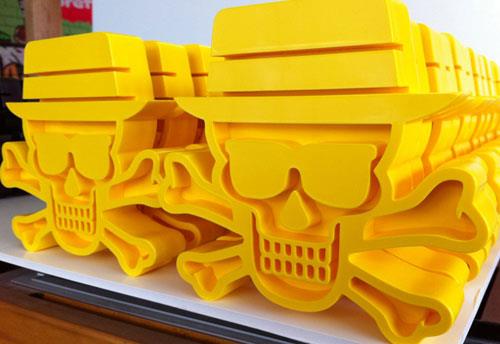 Each Heisenberg art piece is cast in heavy-duty plastic, measures 5 inches tall and 6 inches wide and comes signed and numbered by Tristan Eaton. Bonus: 20% of all proceeds from the show will go to benefit the Alzheimer’s Association. 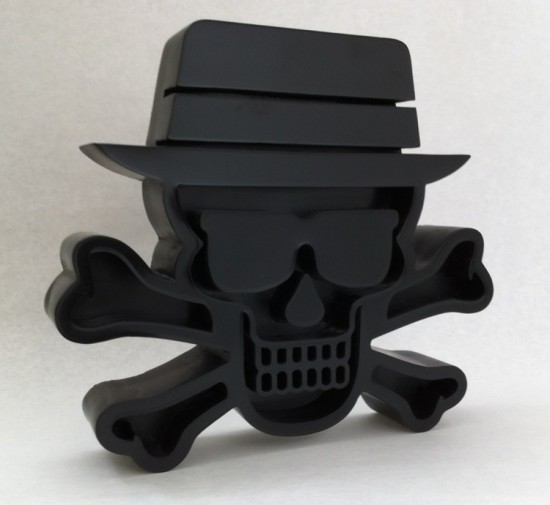 There are a few people out there who don’t have (or watch) TV, and those folks have been quietly wondering what “Heisenberg” means. 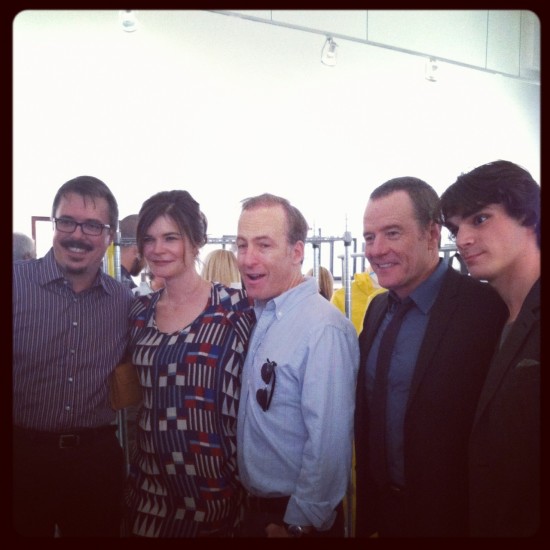 The cast of Breaking Bad stops by Gallery1988.

My gift to you, courtesy of the Breaking Bad Wiki:

“Heisenberg” is the alias adopted by Walt as he moves deeper into the drug trade. It’s taken from Werner Heisenberg, a German theoretical physicist who is best known for asserting the uncertainty principle of quantum theory. Even after Tuco’s death, Walt continues to use the alias with Jesse’s dealers, none of them being aware of his true identity. As Heisenberg, Walt’s prowess in cooking crystal meth has attracted the attention of a variety of sources, including drug cartels and the DEA. Originally perceiving “Heisenberg” as a “tweaker urban legend,” Hank soon comes to associate the name with the pure blue meth (aka “Blue Sky”) that is quickly becoming popular in Albuquerque and in surrounding areas. When posing as Heisenberg during drug deals, Walt typically wears thick sunglasses, a black windbreaker and a black pork pie hat.

And there you go. Now go to the show: Gallery1988 and the “Breaking Gif” project are located at the corner of Melrose and La Brea in LA. Fun. 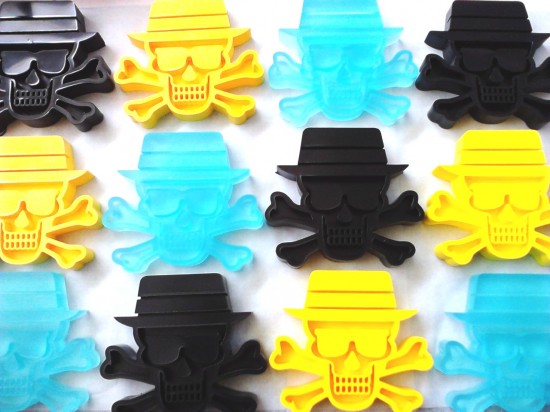 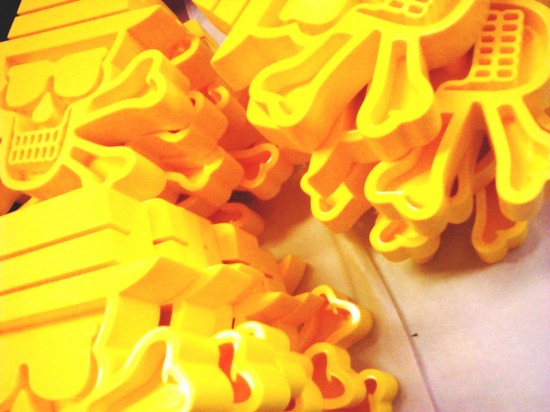 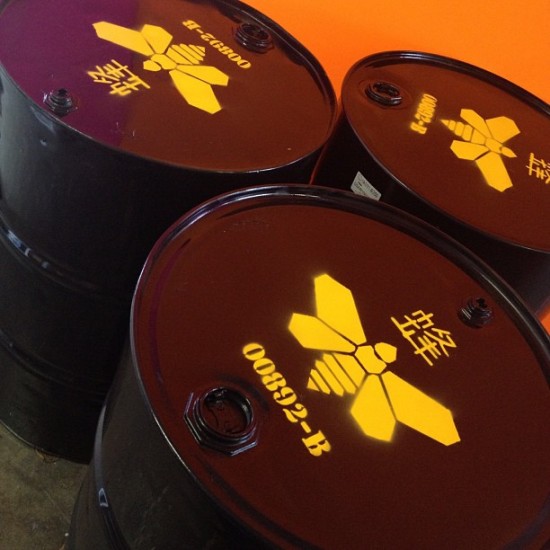 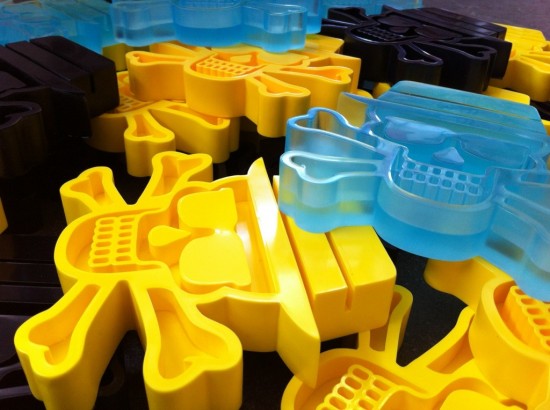 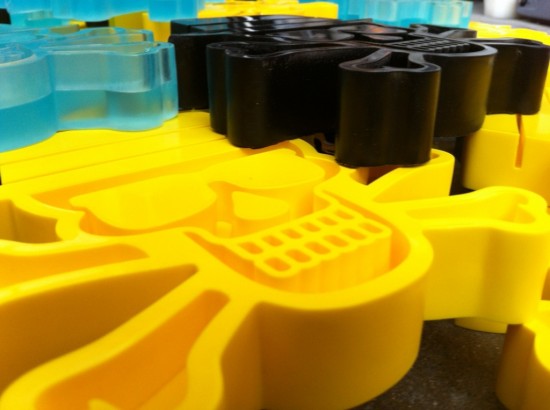 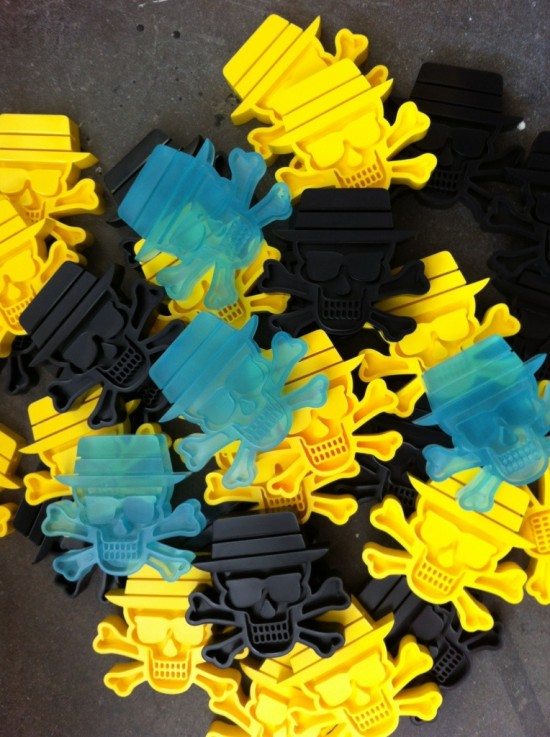 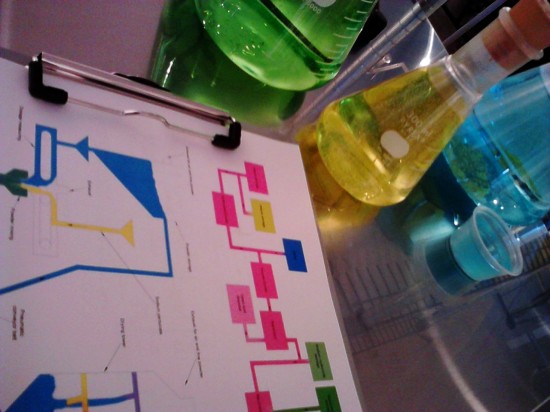 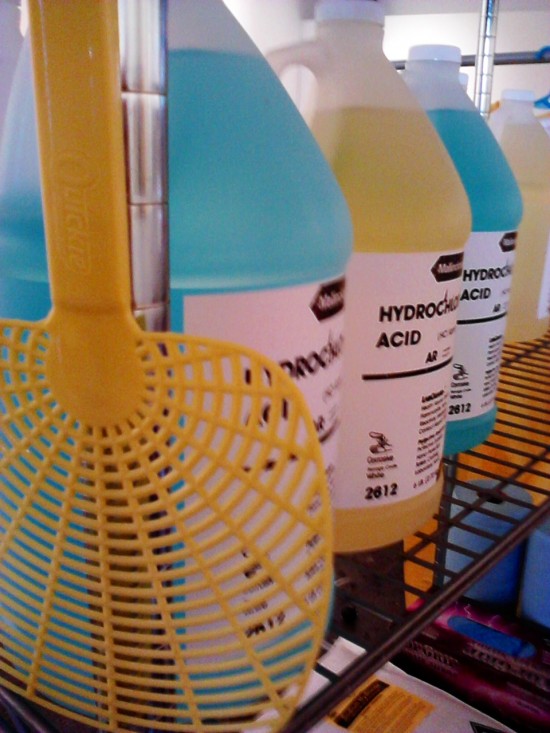 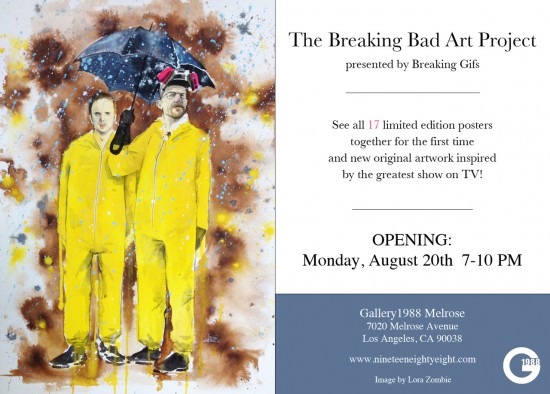