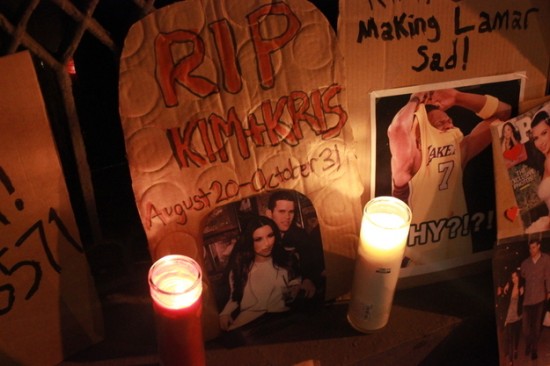 I often write about artists who turn trash into treasures. In this story, an artist is turning the trashiest of trash into something only slightly less trashy, something…kartrashian.

Street artist, XVALA, went dumpster diving in Kim Kardashian’s trash, and from this detritus, he has made art. 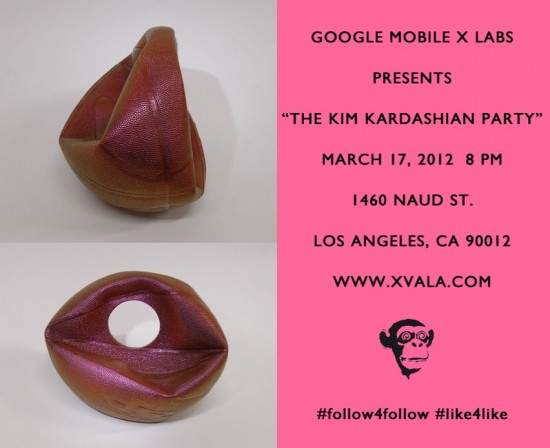 Slammed and Dunked is a collapsed basketball sculpture created from a “recycled resin formulated from remaining leftover garbage collected from the Kardashians’ trash bin”.  XVALA also will present a collection of Kim’s mobile phone self-portraits taken via Twitter and Instagram, which he’s mounted on aluminum, also partially recycled from her garbage.

Many people in this country are still very concerned with marital rights – after Kim Kardashian’s mockery of marriage, why should anyone take anything she does seriously, anymore?

I wasn’t aware anyone had taken her seriously in quite a while. Go on…

By deleting everything that reveals who she really is, Kim Kardashian actually reveals her true self. You can always learn something about someone by looking at their garbage, and Kim produces a lot of garbage.

I don’t think Kim has a ‘rebuttal’ for that! Here’s an instant rimshot just for you, Kris Humphries. 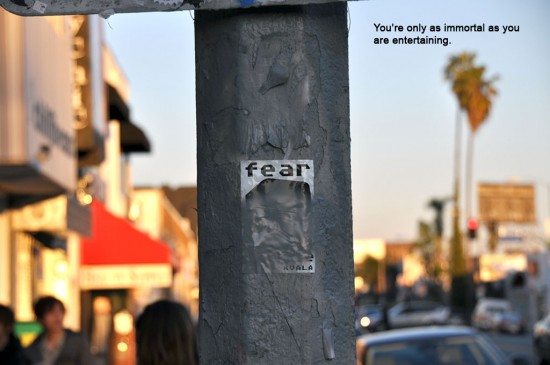 XVALA is known for his Fear Google campaign. I think I prefer his captions on his photos.

You’re only as immortal as you are entertaining.

Sort of an update on the old Andy Warhol “15 minutes of fame” adage.