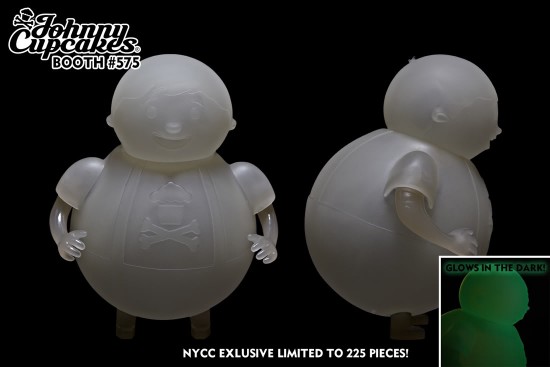 It’s been almost a year since Johnny Cupcakes showed their Big Kid mascot prototype for a vinyl toy, and finally, at New York Comic-Con, the entrepreneurial T-shirt company has released the first edition: a NYCC exclusive glow-in-the-dark Big Kid. 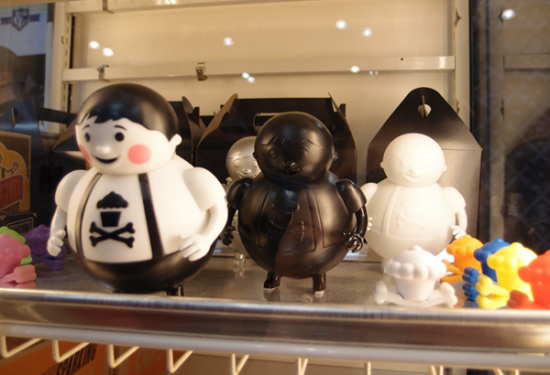 Nick from Clutter is on the scene and took these photos of several Big Kid variants. You can see solid black, white and silver versions, as well as a painted Big Kid in the photo above. 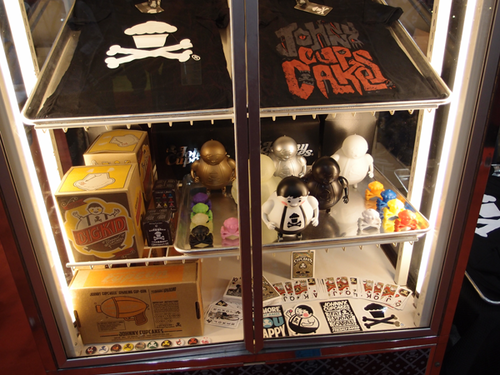 I’m curious if the Johnny Cupcakes logo accessory crossbones cupcake will be included in a random color assortment with each Big Kid. That seems like something Johnny Cupcakes would do. Don’t you think Big Kid and Yosiell Lorenzo’s Poison Sweet would be buddies? Click through for a few more photos including a closeup of the packaging. 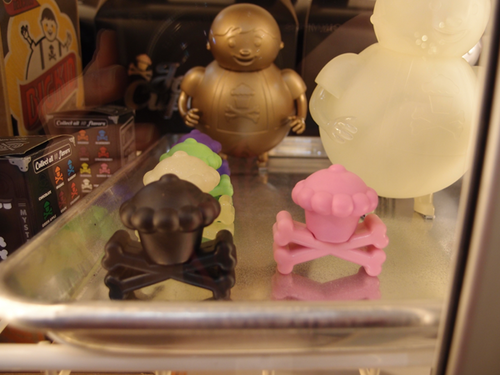 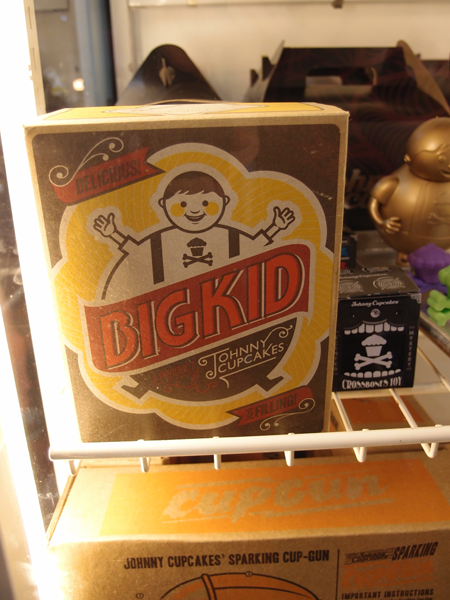