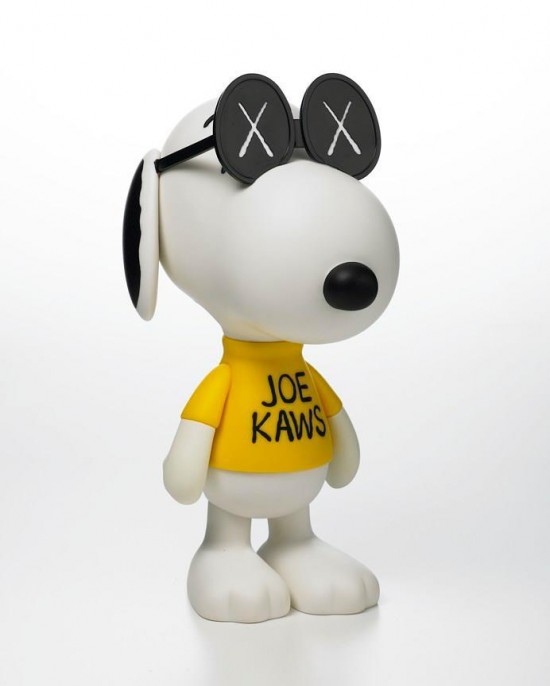 Last week, there were murmurs of this on the Interwebs, but Arrested Motion has now confirmed it: KAWS will release a vinyl “homage” to Snoopy. The KAWS x Snoopy toy will be dubbed Joe KAWS, certainly cost at least $200 and be extremely hard to obtain. Welcome to the world of KAWS’ licensed characters! Joe KAWS is simply another pawn in KAWS’ chess game that includes pieces by Disney, Warner Bros, and Lucas Films. 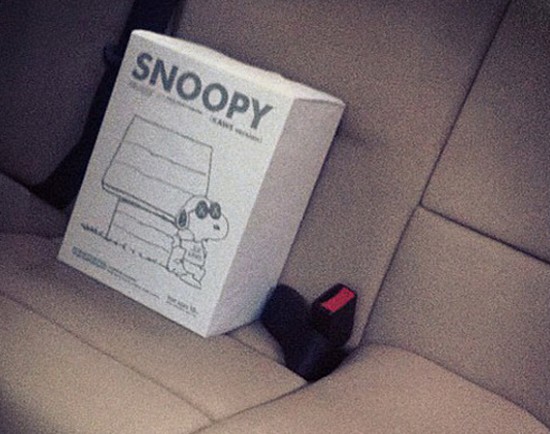 Most of the virtual vitriol directed toward this figure is what you’d expect. KAWS takes somebody else’s (in this case Charles Schulz) character, puts to X’s on it and sells it for a mint: yawn. My critique is not so much that KAWS’ technique is played out, but rather, Peanuts appropriation is played out. Ron English is still releasing transformative Peanuts vinyls. Why can’t KAWS do some Snorks? Or a Rainbow Brite? Or release some of those Kurfs that are already being bootlegged.

The project pays tribute to one of the Brooklyn-based artist’s earliest and most prolific graffiti pieces back in 1995. The bombing of that New Jersey Metlife billboard lead to a fascination with repurpsosing corporate advertising space, ultimately planting the preliminary seeds for his unique approach to street art and the disruption of phone booth and bus stop advertisements that would later become his trademark and paramount to his early success and underground fame. Now, over 15 years later, the once unsung street artist, now celebrated contemporary artist, will release Joe KAWS next week at OriginalFake in Tokyo and online at KAWSONE, if nothing else as symbolic representation of a lifelong dream come true.

As Charlie Brown himself would say: “Good grief!” Do me a favor: if you’re thinking about purchasing this piece, use the money instead for a cheap Southwest Airlines ticket to Santa Rosa, CA where you can visit the Charles Schulz Museum AND still have some leftover cash to buy a Snoopy souvenir as you exit from the gift shop. If you still have to have Japanese vinyl Snoopy, Medicom Toy releases its own VCD later this month.