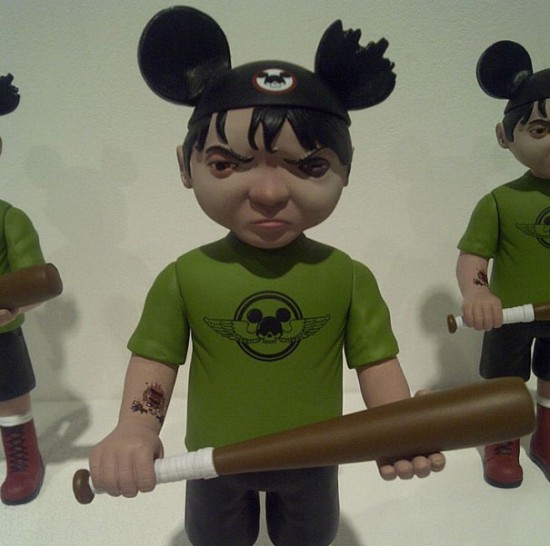 It’s been 5 years (seems like longer) since the release of Bob Dob‘s first vinyl art toy, Luey, and by the end of the month, his 2nd figure, “Will” of the Mouseketeer Army, should be activated. 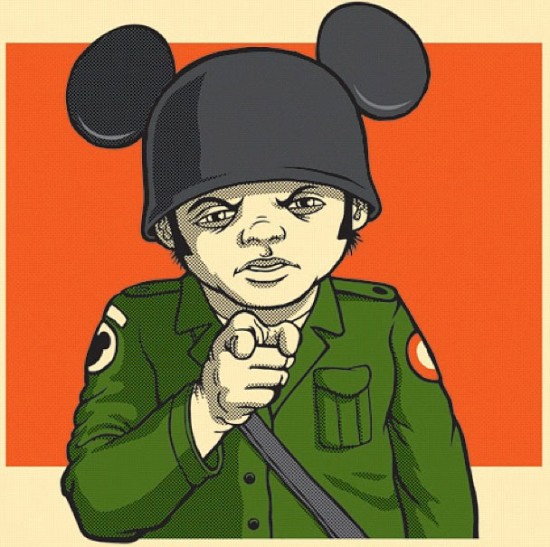 The Mouseketeer Army toy picks up the Bob Dob story where STRANGEco left off, only now with 3D Retro as producer. The timing is perfect, as Dob’s Mouseketeer Army art show just opened in LA at La Luz de Jesus Gallery. Dob, who had his first solo show at La Luz de Jesus in 2004 and is a lifelong Southern Californian, has been painting the mouse ears for years. I’ve noted the Mickey hats in his work (and on his kids), but with me being somehow immune to the Magic of the Kingdom, I never thought to investigate. Until now. 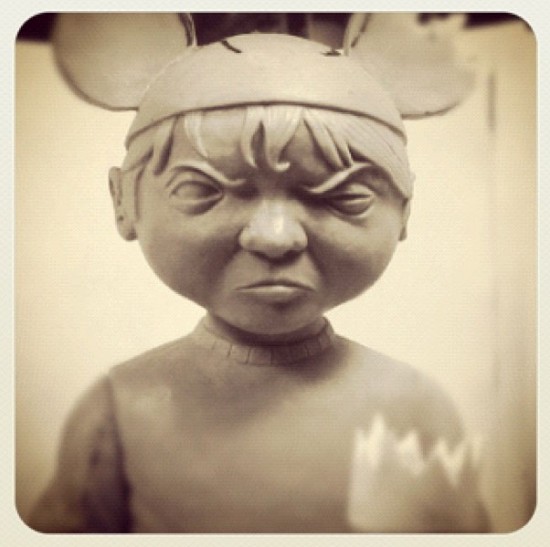 On August 6th, 1970, the war began when the radical Youth International Party, aka Yippies, invaded Disneyland as a way to rebel and protest against the establishment. They were successful in taking over Tom Sawyer’s Island for a “smoke-in,” taunted guests with their chants of anarchy, and attempted to raise their flag at city hall. Mickey Mouse and friends were under attack. But from this event arose The Mouseketeer Army. They battled back to defeat the oppressive ideologies of the Yippies who’s only objective was for Disneyland to cease to exist. The Mouseketeer Army is the last hope to preserve the Magic Kingdom.

Up to the point about the Mouseketeer Army, everything really happened as stated. Afterwards, things pick up in Dob’s reality. 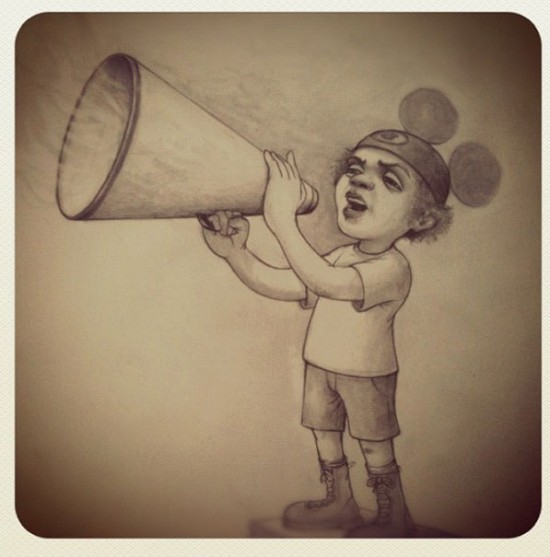 Here’s what I still need to figure out: The Yippies (you can wiki them here) were a radical counter-culture youth movement that began in the 1960s. They were anti-war, free-speech, theatrical pranksters who had no hierarchy and stood for things like food co-ops, underground newspapers and free clinics. Maybe I’ve been living in the Bay Area too long, but that kinda sounds like the Happiest Place on Earth! Why are they the oppressors in the Dobsian reality? 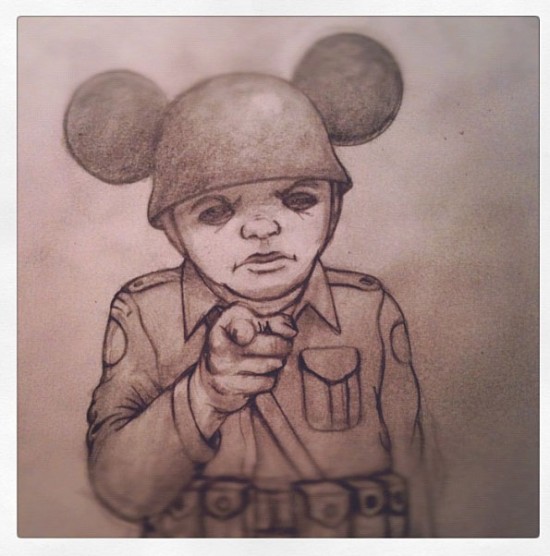 But back to the summer of 1970: When Tom Sawyer’s Island turned out to be a strategic error, the Yippies turned to Main Street USA. Their chants of “Gimme an F! Gimme a U!” were drowned out by gathered tourists who fought back with “God Bless America”. After a Yippie scaled a lamp and tried to hang the pot leaf-emblazoned Yippie flag from it, Disney’s VP of Operations called in the riot police. It’s an interesting story. You can read it in 3 parts  here. Maybe I’ll have the opportunity to pick Bob’s brain about his views on Yippies and Disney. However, no matter where his allegiances lie, I already owe him a thank you: I learned a bunch of history from seeing an Instagram picture of a toy. And now maybe you have too. I look forward to including this “radical” piece in my collection. 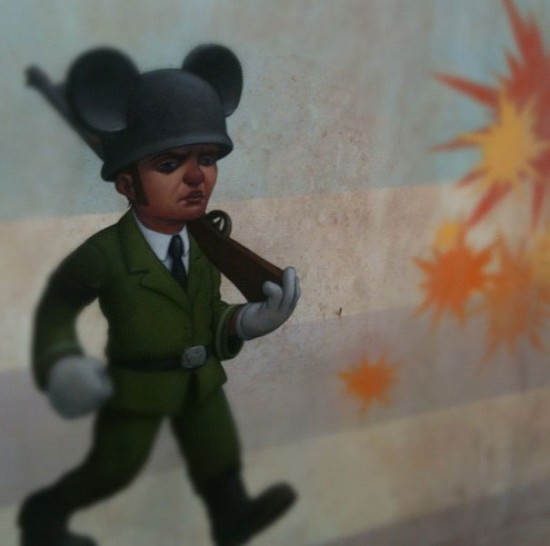