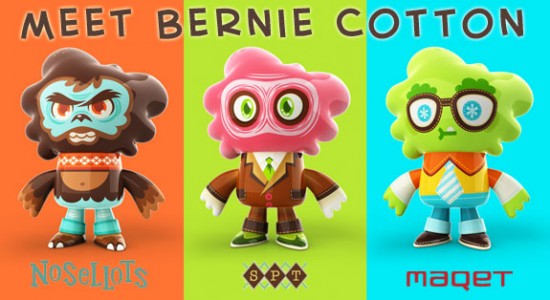 I’m pretty stoked to post MAQET‘s latest collectible character: Bernie by toy designer/toy hoarder Scott Tolleson. Bernie Cotton is one of the first familiars from Tolleson’s Nosellots series to bust into the third dimension. You may recall seeing Bernie and Lyle in plush form at Comic-Con back in July. Now, MAQET and Scott have partnered to exclusively bring you the Nosellots series in Plastin®. The plush Nosellots are adorable and well-made, but collecting plushes can get kinda hard to display. So if you liked the Nosellots for being nerdy but were seeking something sturdy, pay close attention!

Bask in the glory of Bernie Cotton, Bernie Argh and FroWolf! You can also check out a little interview I did with Tolleson via Twitter over here. [FYI, I’m hearing Yellow Magic Orchestra’s “Overture” while watching the above Bernie Turnies. You could also, alternately, imagine They Might Be Giant’s “Istanbul not Constantinople.” Feel free to choose your own audio adventure.] 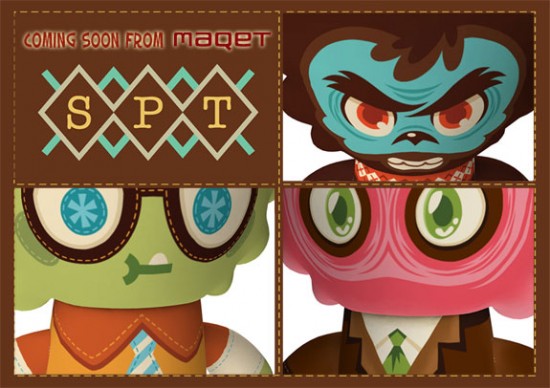 Bernie Cotton and variants will debut this Saturday, October 15th at Oh No Doom Gallery in Chicago and online in the MAQET shop. There will be three versions available: 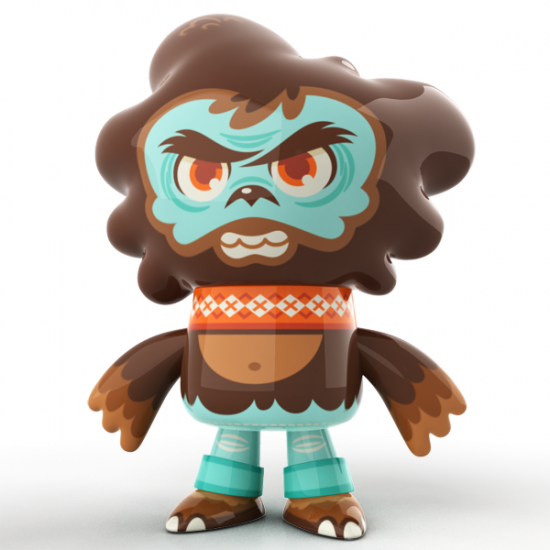 I’m already a fan of Stolle’s characters with their unabashed glasses-and-argyle nerdiness, but little did I know that I’d helped to inspire the Bernie Cotton variant known as FroWolf! Quoth Tolleson:

Bernie FroWolf was inspired by the writer Jeremy Brautman and the magic of Halloween. When you mix these two seemingly disparate entities, you get FroWolf.

That’s that then. I am NEVER cutting this heartening hairdo! But enough about me and my fantastic fro. Back to Scott and his sweet ceramic-like figures. The 4-inch Nosellots MAQETs are limited to 30 pieces per edition and priced at just $35. Each figure captures the details of Tolleson’s stitchery witchery and displays SPT & MAQET logo hits on its l’il feet bottoms.

Bernie Cotton, Bernie Argh and FroWolf will be offered for sale worldwide on 10/15  in the MAQET online shop. Advance ordering opportunities (and a special deal) are available to MAQET’s mailing list subscribers, so head to the home page and sign up now! Super cool. I’m really happy for Scott and MAQET and proud to have helped inspire (!) and produce this project.