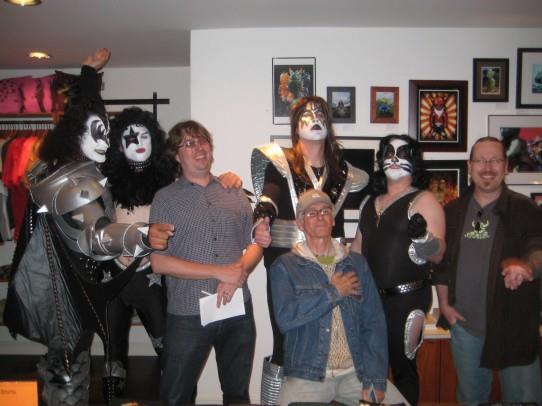 This weekend saw the opening of a custom toy show based around the imagery of Japanese toys. It Came From Skullbrain profiled the talent (much of it local) from the Skullbrain forum, an off-shoot of San Francisco’s Super7, which hosted the event. Much like the diversity of the recent San Francisco-based I.W.G. Humans Beware show, ICFSB brought out a mix of folks: from kids in strollers to old-schoolers, and of course, lots of Japanese toy fans.

A couple of interesting points about this event. Whereas some custom toy shows are pretty loose about their requirements, ICFSB was comparatively strict: To be in the show, the figure had to be a Japanese toy, and a good indication of eligibility was whether Super7 sold it. (Super7 offered a generous discount to would-be customizers to help start the process.)  There were other rules. Certain Japanese toy companies were off-limits, causing Grimsheep’s RealxHead piece to be adorned with an unfortunately NFS tag. I’m reminded of Mark Nagata’s commentary about the Kaiju Comrades show in Tokyo where Mark writes: “They are not used to seeing one artist customizing another person’s figures, and for some the prices were ‘crazy’.”  Or as Steve Agin put it: “This is really one of the most interesting art modes of the present. I know of no precedent for it…It can be tough representing the repainting of another artist’s figure as your original work, especially in a potential ‘mine field’ of egos.” 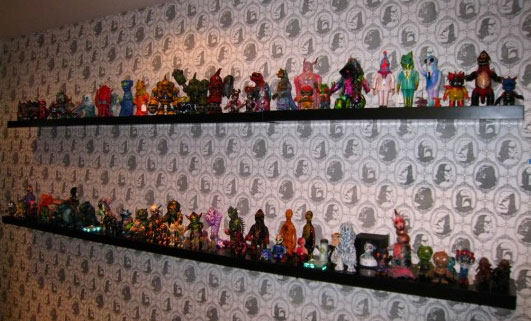 Now earlier in the month, Collin David had this to say about REdYOdA’s photo cell-enhanced interactive Dempagon and smoking Gas Bawer: “If this isn’t the very definition of ‘show-stealer’, I don’t know what is.” Most people who arrived at the show later in the night would undoubtedly agree. I was chatting with Steve Poysntixels who flew in from the midwest about flashbacks as the Gas Bawer smoked. However, the truth is, the show was stolen early on when KISS showed up. The night was already off to a great start when a good old Japantown-style fight broke out in front of Super7 shortly before doors. But to truly appreciate your toy art in the most surreal way possible, you need four guys in full KISS regalia. I had a chance to chat with Sven (I mean, Ace) who told me the band had just returned from a kid’s birthday party at a vineyard in Napa. What a random awesome day for those guys.

It was a really great night for everybody else too. In addition to a wall of toy art and a wall of toy photography, ICFSB had the highest artist attendance of any show I’ve been to in a while. Of course, Leecifer and Josh Herbolsheimer were there as curators and artists, Dustin Cantrell made the drive up and locals like Bert Gatchalian, DrilOne, Joe Wu, Kirkland Jue/Toybot Studios and Hiro/LiLJAPAN were all on the scene. After I left for (Deuce Bigalow-endorsed) FUKU Sushi (see pics below), I heard Paul Kaiju and Mr. Grizlli Atom showed up. 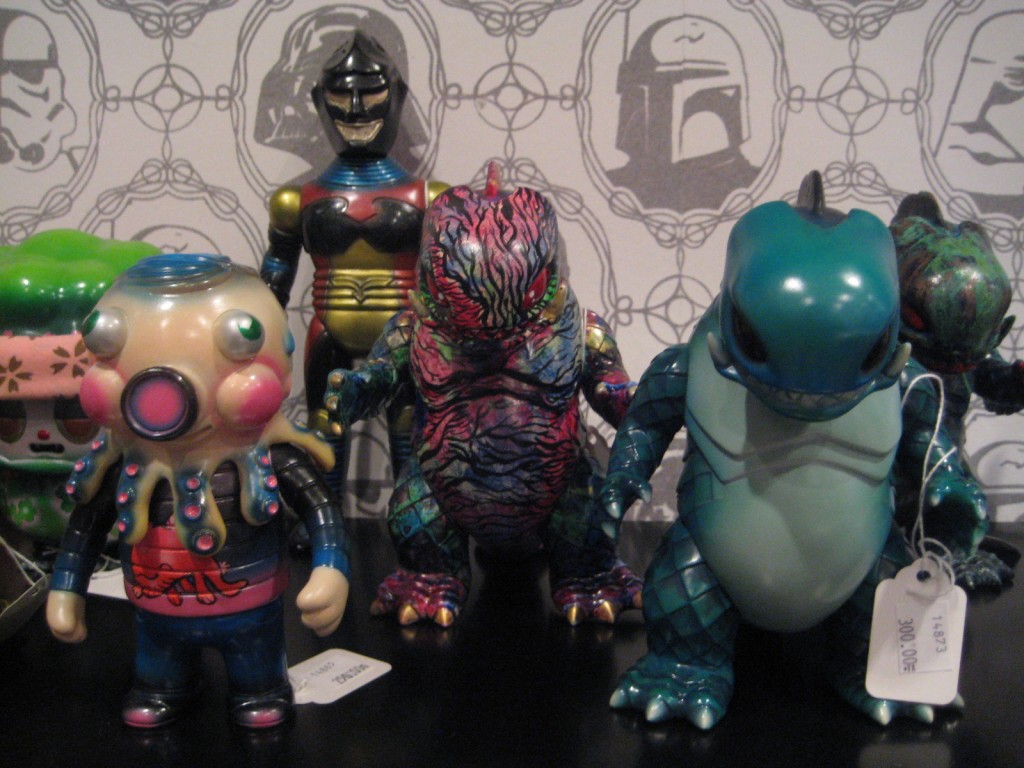 Although there wasn’t room to tag each piece with a name, many artists’ styles have become so recognizable that their unique design imprint is evident no matter the platform. I’m thinking in particular, for me, of Leecifer, Bob Conge, Brent Nolasco, OsirisOrion, Jesse Hernandez, Grimsheep and a couple others. As I am not as versed in the eastern art, I’d appreciate any help tagging the rest of the artists’ work in the photos below. Send help to jeremy [at] toycyte [dot] com (or leave a comment below). Also, if you have the ReMent Cat spotted in Japantown in the final photo and want to trade it to me, get in touch. The show is up now at Super7: Go check it out! 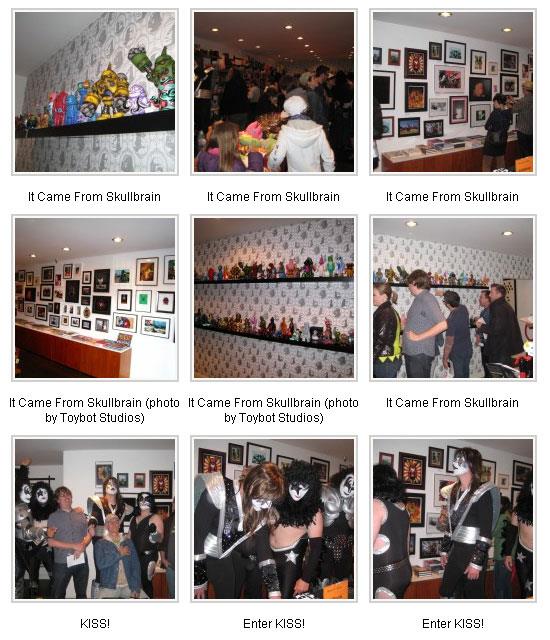 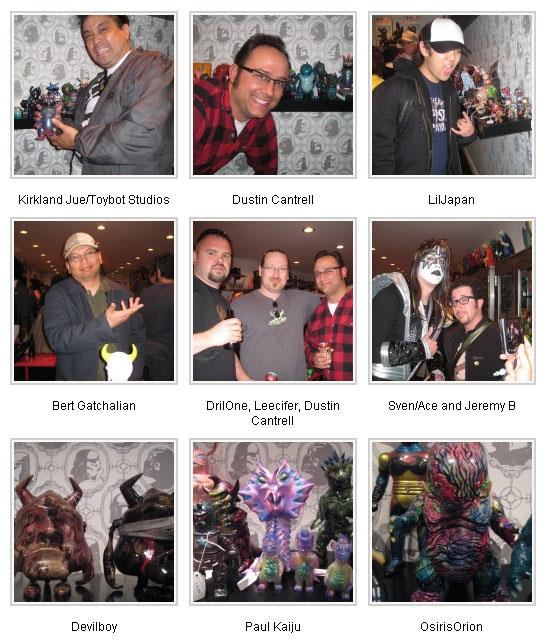 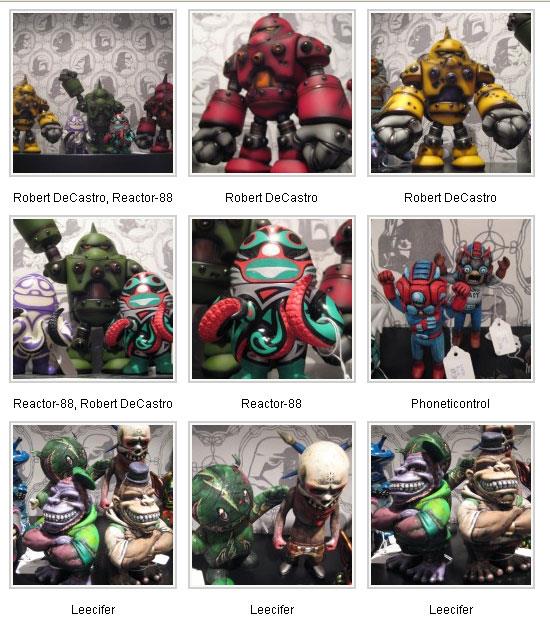 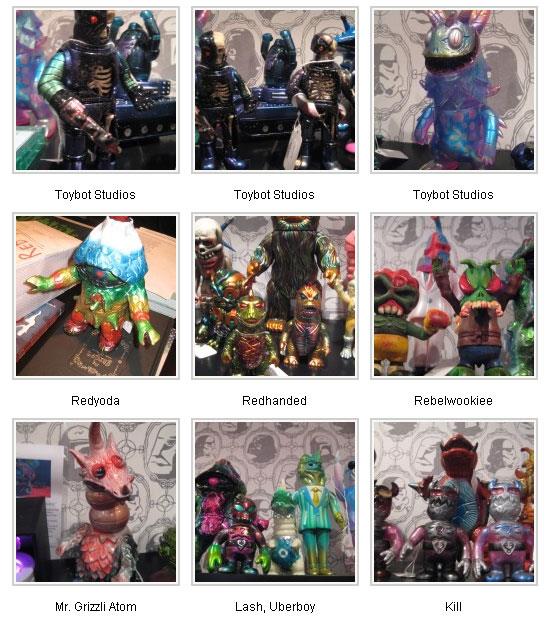 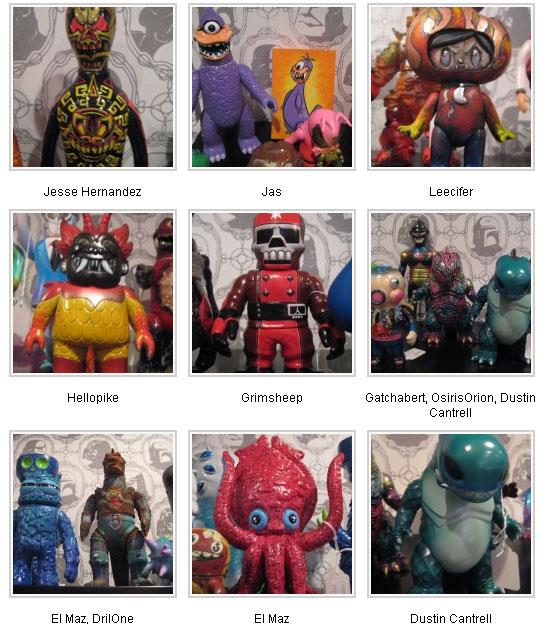 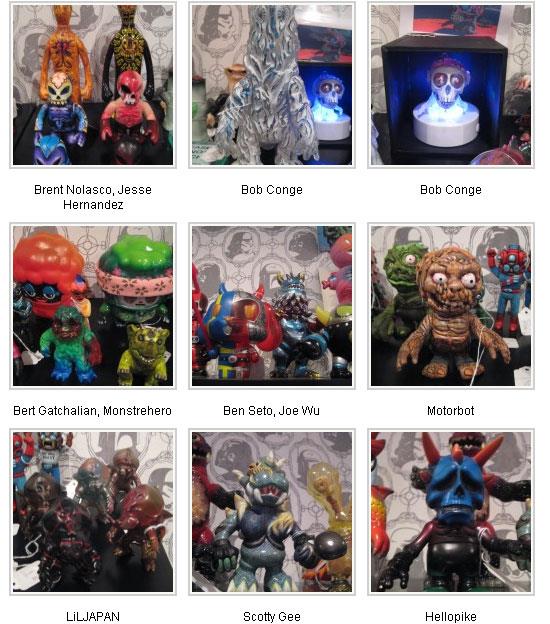 [The preceding story was written by me in April 2009. It was first published on ToyCyte.]